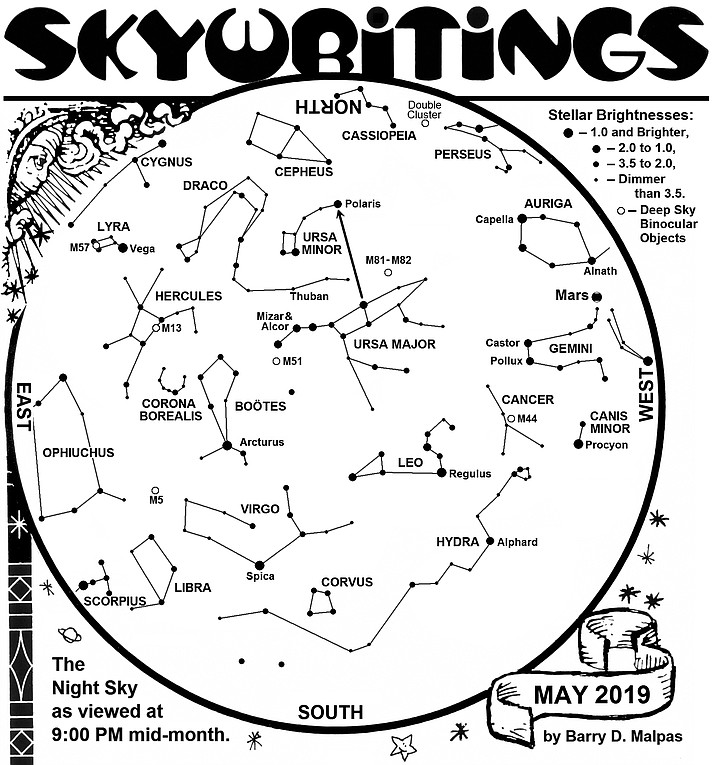 On April 10, scientists, associated with MIT's Haystack Observatory, and its program to directly observe the surrounding environment at the event horizon of black holes revealed for the first time an image taken of a super-massive black hole.

The black hole was six billion times the mass of our sun located at the center of a giant elliptical galaxy M87, 53.5 million light years from Earth.

This undertaking was not like snapping a photo of the Grand Canyon, but rather involved a very sophisticated radio telescope, and two years of imaging and precision data processing by a supercomputer.

But before I continue, let me provide a few basic definitions: A Black Hole is a region of space-time that contains so much mass with such strong gravitational forces that nothing, not even light, can escape from within it; Space-time is the four dimensional continuum (3D plus time) that scientists use to describe relativistic effects when objects of great mass or great velocities are involved; The Event Horizon is the spherical boundary within which the pull of gravity by a Black Hole is so great as to make escape impossible; and lastly, the Schwarzschild radius is the radius of an event horizon of a Black Hole of given mass.

The image of the M87 black hole appears somewhat like an orangey-reddish donut, brighter at the bottom than the top, surrounding and defining a dark center – the dark center being the area blotted out due to the black hole's event horizon. The brighter area at the bottom of the image is caused by the matter rotating around the black hole, which increases the light from the glowing gases moving towards us, as Albert Einstein predicted a century ago.

Of course, the recent picture is not actually of the black hole, since no light is capable of escaping from these infinitely dark objects. It is rather an image of the gasses, dust and light that orbits at the edge of the event horizon before being pulled in by the immense gravitational forces of the black hole itself. Also, the image was not taken in visible light (the range of the electromagnetic spectrum that we all see with our eyes.) It was produced in the microwave region at one centimeter wavelength (about a half inch), where the energy surrounding the black hole was expected to peak. However, this wavelength is about 100 million times less in resolution (clarity of the image) than what we can see in the visible. To attain the needed resolution, the required telescope receiver had to be about the size of Earth. So, to accomplish this, astronomers developed the Event Horizon Telescope (EHT), a series of eight pre-existing microwave telescopes located around the globe (Chile, Hawaii, Arizona, Mexico, Spain, Antarctica, etc.) all taking concurrent images. As more microwave telescopes come on-line, the resolution of the EHT will become greater.

But, why study Black Holes?

Black holes account for a significant amount of mass in the Universe, and by studying them gives us a way of understanding abstract concepts like gravity and relativity, magnetic fields, and many other physical properties, such as adding to our understanding of the concepts of tidal forces. Since super-massive black holes reside at the center of every galaxy, it implies they may be necessary for the actual existence of galaxies. Also, a spinning black hole can theoretically create a wormhole, a method of traveling through space-time faster than light. It is hoped that some day in the future some means of transport might be discovered to allow us traverse between these portals.

Recently, the observations of gravitational waves helped to bolster Einstein's theories on gravity, which seems to hold up when we look at large objects like stars and galaxies. However, it is not compatible with quantum mechanics, the study of infinitesimally small particles like atoms and smaller particles that are at the heart of everything. Studying images of black holes should lead to a better understanding of what is happening, and might even provide information for new theories that could bridge the gap between Einstein’s ideas and quantum mechanics.

Because scientific theories are typically tested at the limits: large, small, energetic, etc. Black holes represent several of these extremes, and are an important environment in which to study the validity of our theories. We also never know what might become of a scientific discovery. Without quantum mechanics there would be no modern computers. The theory of relativity helped with space travel, satellites, GPS, and wireless communication over large distances. By studying black holes, scientists have recently synthesized acoustic black holes where sound is incapable of escaping.

The Event Horizon Telescope has also been busy trying to snap a picture of the super-massive black hole lurking at the center of our own Milky Way galaxy, and we can expect to see it in the not-too-distant future. Our galaxy's black hole has the mass of about four million sun's – a tiny fraction of the mass of M87's black hole – but still nothing you would want to get too close to.

We can never know what we might discover as we research black holes. There could be great technological ideas waiting for us. But, another reason is that we simply want to understand how the universe works, even if we cannot make a lot of money with it. And then, of course, Black Holes are mysterious, and who doesn’t love a good mystery?