ADOT: I-40 road work scheduled for the summer 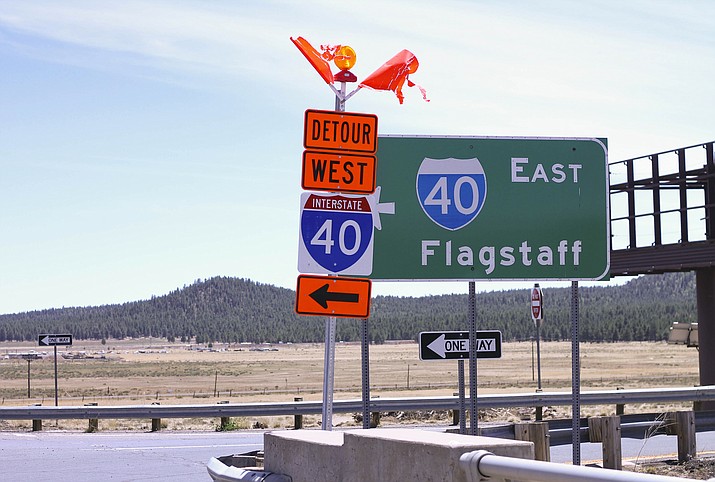 This year will be filled with highway system improvements for northern Arizona travelers. (Loretta Yerian/WGCN)

WILLIAMS, Ariz. — With warm weather returning, the Arizona Department of Transportation (ADOT) is resuming projects to repair and preserve the surfaces of state highways in Arizona’s high country.

Work has resumed along I-40 between Cataract Lake and Parks, west of Flagstaff, with crews first repairing the Grand Canyon Boulevard traffic interchange in Williams. There will be ramp closures at this interchange through early June as crews repair the ramps and guardrail. Crews will finish the project by laying fresh pavement along 17 miles of I-40.

While ADOT works to minimize delays for those traveling to and from northern Arizona, including not scheduling work over weekends and holidays, highways at higher elevations can only be paved during warmer months.

“Summer is the best time to do work on northern Arizona highways because the overnight temperatures need to be high enough for new pavement to cure properly,” said Audra Merrick, district engineer for ADOT’s North Central District. “These projects help repair long-term damage to pavement from multiple winters.”

In June, ADOT will resume paving northbound Interstate 17 from the Coconino County line to the I-40 interchange in Flagstaff. Last year, crews rebuilt the highway between mileposts 312 and 315 and installed new bridges at Willard Springs Road.

A project scheduled to begin in mid-August will address pavement damage along State Route 89A through Oak Creek Canyon. The project, covering nearly 12 miles between uptown Sedona and the Pumphouse Wash bridge, will mill down the damaged roadway and install new pavement and guardrail.

Drivers heading north this summer should prepare by checking the Arizona Traveler Information site az511.gov, calling 511 and following ADOT’s Twitter account (@ArizonaDOT) to get the latest information on highway restrictions.

More information on these and other projects in Arizona’s high country is available at azdot.gov/projects and click on the North Central District.

ADOT to pave 12 miles of I-40 east of Williams
I-40 paving projects to continue in 2018
Construction projects continue on I-40 between Williams and Flagstaff
Switching lanes: Progress made on I-40 upgrades
ADOT wraps up road projects for the winter
Event Calendar