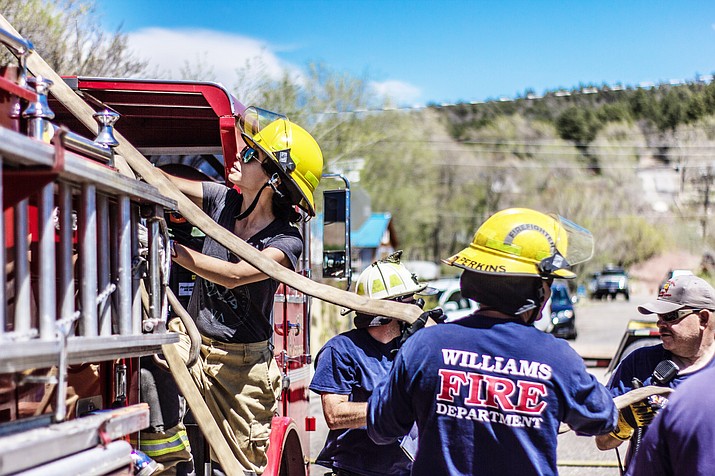 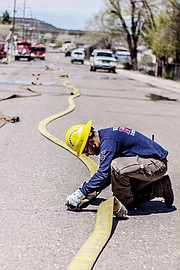 WILLIAMS, Ariz. — Hose testing is necessary to inspect and detect any defects in the hose or couplings in accordance with NFPA 1962.

On April 28, Williams Volunteer Fire Department (WFD) tested more than 10,900 feet (over two miles) of fire hose. Only one 100 foot section of supply hose was defective and removed from service.

Hose testing should be completed annually to reduce the chance of a hose failure during an incident. In 2017, WFD did not have enough volunteer members to test the hose. Because of an oversight, hose testing was never scheduled for 2018. According to Williams Fire Chief Kevin Schulte, attack hose is tested to a minimum of 300 psi and supply hose over 3.5 inches is tested to a minimum of 200 psi for three minutes. If any hose fails the testing process, the hose has to be removed and the process started over again.

Schulte said that because of the age of some of the hose, approximately 1,500 feet of attack hose will have to be removed from service and replaced with new hose next year.