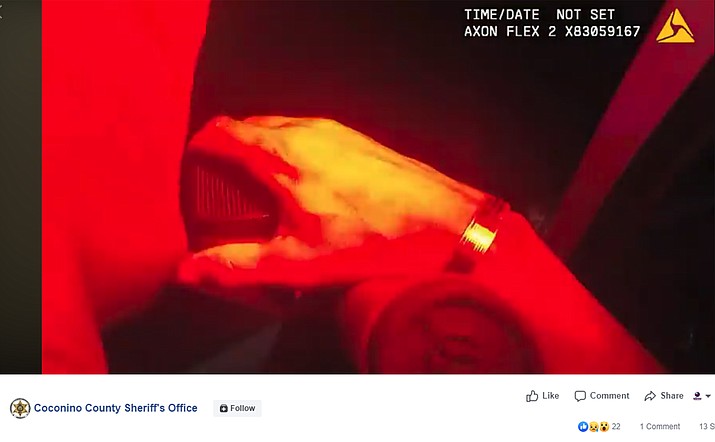 Paul Mcvicker, a 43-year-old Parks resident, was later pronounced deceased on scene after an officer involved shooting May 11. (Photo/CCSO screenshot)

FLAGSTAFF, Ariz. – At approximately 1:13 a.m. May 11, deputies with the Coconino County Sheriff’s Office were involved in an armed confrontation leading to an officer-Involved fatal shooting south of Parks, Arizona on County Road 141.

According to Coconino County Sheriff’s Office, deputies out of the Williams substation were called to the Pine Aire neighborhood near Parks after receiving a report of domestic violence. The reporting party had called the sheriff’s department to report that her ex-husband had pulled a gun on her while at their residence during an argument. The reporting party told deputies the ex-husband had fled the house in a white passenger car. Deputies immediately began responding to the residence. While in route to the house, deputies came across a vehicle matching the description given by the reporting party parked along side of County Road 141, approximately four miles from the residence.

Upon contact with the vehicle, the occupant immediately exited with a handgun in his hand. Despite multiple commands to drop the gun the suspect continued to advance on the deputies with the gun in his hand, prompting one deputy to discharge rounds from his patrol rifle. The suspect was hit by at least one round and fell to the ground. Deputies on scene attempted to render aid to the suspect but he sustained fatal injuries during the altercation.

The suspect was identified as Paul Mcvicker, a 43-year-old Parks resident, was later pronounced deceased on scene. This incident is currently under investigation by the Northern Arizona Officer Involved Shooting Team, with the Flagstaff Police Department taking the lead. This investigation is ongoing, and updates will be provided as further information is available.

Deputies involved in the incident were not injured. The deceased was transported to the Coconino County Medical Examiner Office for further investigation.