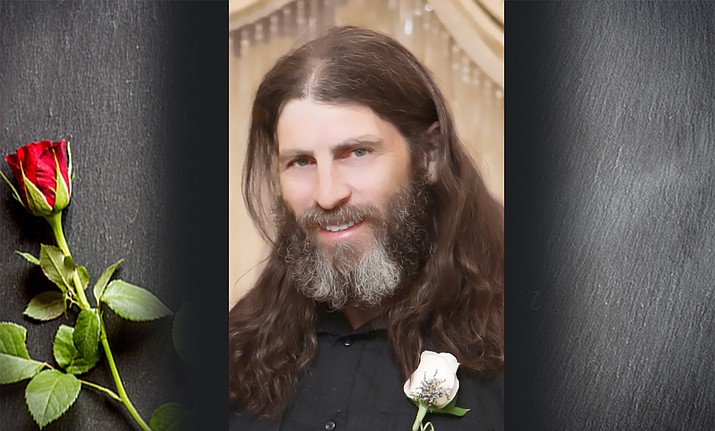 Jonathan Richard (JR) Magness, 50, of Congress Arizona passed away on April 25, 2019 after a valiant and hard-fought battle against cancer.

JR was born January 14, 1969 in Fullerton California to Brock Magness and Anne Barentine. The family moved to Arizona early in JR's childhood. JR would spend the remainder of his life living in various locations within Arizona, but Williams is where he called home.

His preference was to be called JR. But, his Mom called him her #1. He used to joke that it was because he was her favorite and was not due to the fact that he was the first-born child.

JR is the father of four amazing children. He and Sally Booker had two beautiful girls, Vanessa and Tiffany. His third child, another adorable girl, Courtney, was with Michelle Price. Finally Jennifer Dick gave him a boy, Joshua. His face would light up at the mention of their names. He was so proud of them and their individual accomplishments.

He worked with his father and hero, Brock Magness. He emulated the man he admired so much, learning the electrical trade and becoming a Master Electrician. He also spent some time volunteering with the Williams Fire Department.

JR married his soul mate, the love of his life and his best friend, Misty Lawrence. JR and Misty were inseparable. In their spare time, they enjoyed doing anything outdoors. They always had several projects going at once; anything from wood and metal arts to restoring a vehicle, renovating a home or making jewelry and refurbishing clocks. On a daily basis you could find the two laughing, joking, and holding hands, content to just be living in that moment together.

As a friend, you couldn't ask for one more loyal. He would truly give you the shirt off of his back, or anything else you mentioned that you like.

JR was extremely talented and musically inclined. He loved to play the guitar and sing. Some of his best singing performances were in the shower. Anything that he conceived in his mind to make, he could make. He truly was great at everything he did, whether it was drawing, writing welding, carpentry and the list goes on and on. He was fascinated with clocks and watches and became trained and certified in horology. JR had a genius mind and a heart of gold. He was generous to a fault, a softie at heart and yet he sugar-coated absolutely nothing. Although his 6'3" stature could intimidate most men, he was a gentle, kind and big hearted soul. JR was one of a kind with an amazing soul. He had a smile that could light up the room and an infectious laugh. His larger-than-life persona and trademark stubbornness will not be forgotten.

JR loved the Lord. He and Misty had planned to spend their retirement years in the Lord's service helping at-risk youth with drug dependencies as well as doing some prison ministry.

JR was predeceased by his grandson Kevin Levine as well as both sets of Grandparents.

He was taken away from us far too soon. He will be greatly missed, but will remain loved and never forgotten as his memory lives on in our hearts forever. In accordance with JR's wishes, cremation will take place with a small gathering to celebrate his life on May 11, 2019 in Congress, Arizona. If you'd like to join in celebrating JR's life, call (602) 717-1491 for further details.