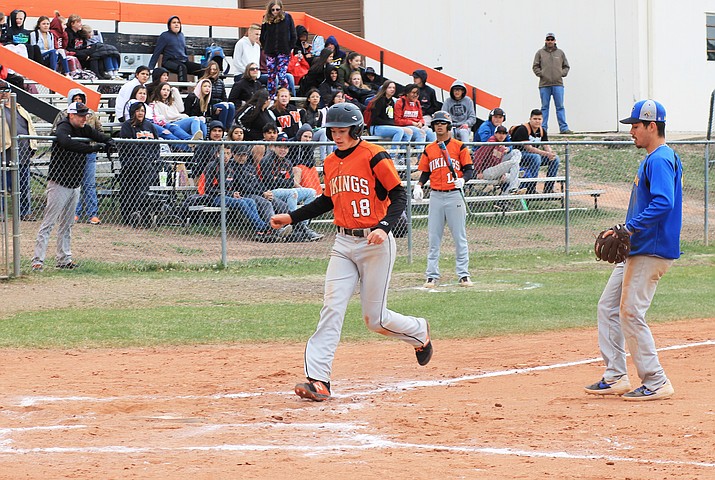 WILLIAMS, Ariz. — The Williams baseball and softball teams finished the 2019 season in the 1A State Championship May 4. The Lady Vikes lost to No. 1 4, and the boys lost to Superior 10-1.

The Lady Vikes, who won the Central Region with a 7-0 record, beat Baboquivari 12-2 in the first round, and St. Michael 5-4 in the quarterfinals.

The boys beat Joseph City 13-7 in the first round.

Shiya Romero and Jazlyn Romero each had a triple, and Shiya had one RBI.

Anna Lopez, Mortensen and Maegan Ford each had a hit.

No stats were recorded for the boys.