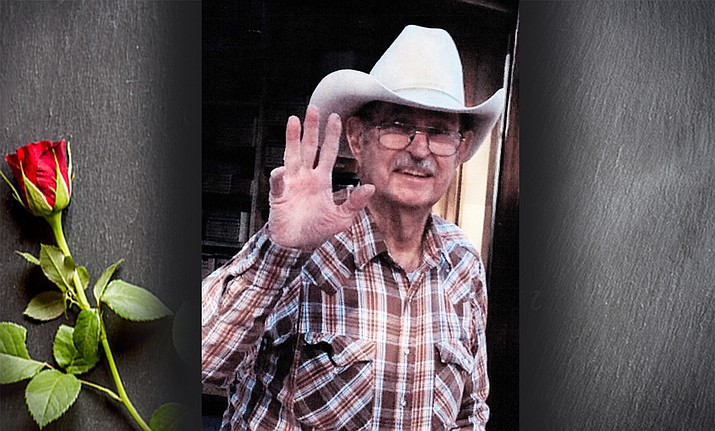 Ray was a second generation native of Arizona and lived his earlier years in a homestead property off Sweetwater Road 16. A student at Brophy Preparatory School, he then attended Brown’s Military Academy in San Diego. At age 14, Ray began a saddlery making apprenticeship at the original Porter’s Saddlery in Phoenix, Arizona. He took a break from saddle making to attend the Chicago Art Institute, studying painting and drawing. Ray worked at Carlock’s and Hal Pierce saddlery before owning several western saddlery and art galleries in Phoenix, Scottsdale, Gallup, New Mexico and Williams, Arizona, where he retired after 65 years in the business. He was a prominent member of the Phoenix Chamber of Commerce, working with the Phoenix rodeos and riding with the Bill Williams Mountain Men in several rodeo parades. Ray was an accomplished artist, performing in the medium of oils and bronze sculptures. His work was that of the southwest with some of the Rocky Mountains. Ray settled his home in Parks, Arizona, in 1989, living his life, loving nature.

Service to celebrate Ray’s life will be at Resthaven/Carr-Tenney Mortuary and Memorial Gardens 4310 E Southern Ave, Phoenix, Arizona 85042 on May 11, 2019. Visitation will be held from 10 to 11 a.m. and service at 11 a.m. in the Chapel of Reflection. Graveside service to follow on the cemetery grounds.