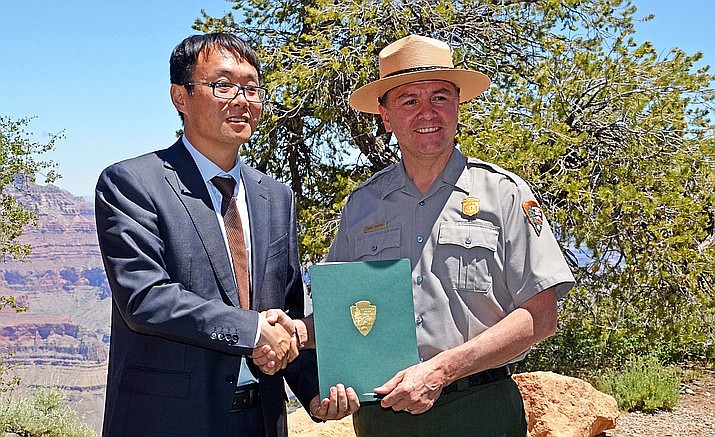 The Department of the Interior and Environmental Protection Agency agreed in February 2002 that emissions from the Mohave Generating Station, located near Laughlin, Nevada, were impacting visibility at Grand Canyon National Park.

The final rule issued by the EPA required the coal-fired plant to use the best available technology to retrofit the facility to bring it into compliance with the agency’s visibility standards.

2004: Havasupai Tribe filed lawsuit against ASU over use of DNA samples

The Havasupai Tribe partnered with Arizona State University to study the high rates of Type II diabetes among tribal members and whether it might be genetic in origin.

Researchers were unable to find a genetic link and later used the collected samples for other research on schizophrenia, migration and inbreeding, which tribal members consider taboo and said they did not consent to.

In 2010, the tribe was awarded $700,000 in compensation funds to build a clinic and school, and the return of the DNA samples collected by researchers.

The relationship allowed the parks to benefit by sharing experiences and approaches to collaboration, including local efforts to work with gateway communities, regional and local economies, friends groups and partner organizations.

The fill material originally came from an area near the Orphan Uranium Mine and was to be used as part of a new parking lot for a hardware store in the Valle area.

Roughly 10 piles of material were put in containers and eventually removed from the Valle site.