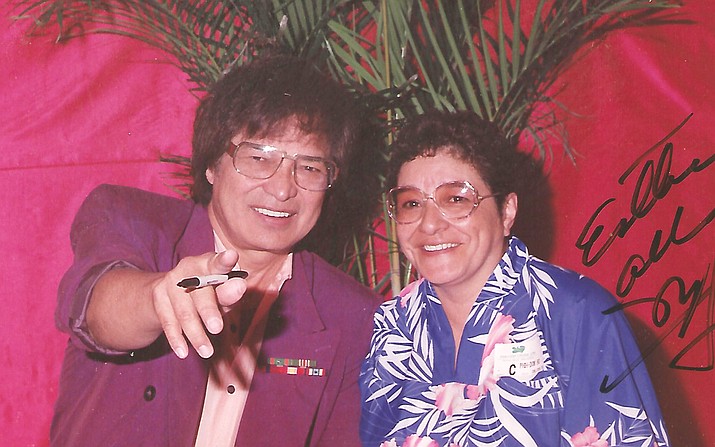 Esther Teresa Sandoval passed away surrounded by loving family, Wednesday March 6. She was 78.

She was born August 21, 1940 in Williams, Arizona, to Ernest Moses Lugo and Maria Celia Serrano.

She attended Williams Grade School and graduated from Williams High School in 1958. She married Albert Sandoval. They had three children.

She worked many years and retired from Williams Unified School District 2.

Interment will be at the Williams Cemetery. A celebration of her life will be held at the Sultana Theater, following burial around 1 p.m. Food donations would be greatly appreciated.