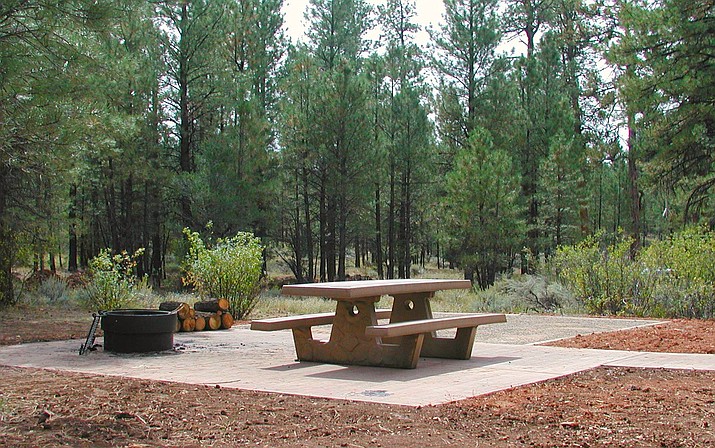 The proposed expansion to Ten X campground would increase capacity from the current 70 individual campsites to a total of 300 and upgrade current facilities within the campground’s footprint. (Photo/Kaibab National Forest)

FLAGSTAFF, Ariz. — The Kaibab National Forest is seeking public input and comments on a proposed project to remodel and expand the popular Ten X Campground located near Tusayan about five miles south of the entrance to Grand Canyon National Park.

The Ten X Campground Expansion Project is designed to increase overnight camping opportunities for visitors to the area and improve overall experience by upgrading aging facilities and adding amenities. Specifically, the proposed expansion would increase capacity from the current 70 individual campsites to a total of 300. Existing sites would undergo remodeling while new sites would be added, thereby expanding the overall campground footprint.

The proposed remodeling of existing sites and the addition of new sites would increase Ten X Campground’s ability to accommodate large RVs, which have become increasingly popular since the campground’s original construction in the early 1970s. The campground would also provide additional small group sites as well as individual tent sites. In order to facilitate the construction of the new camping loops, a new roadway would be established as a larger loop surrounding the current campground. Two egress routes are also being pro-posed in order to better facilitate any future emergency evacuation.

Proposed campground remodeling would include the installation of a new multilingual entrance station; the development of visitor common areas with ramada structures, grills, fire rings, and picnic tables; and, the addition of an amphitheater for campfire talks. Included with the proposed expansion is the possibility of modernizing the existing utilities.

In order to enhance the visitor experience and provide conservation education venues, the Kaibab National Forest is proposing the development of new nature and interpretive trails, including a trail connecting Ten X Campground to Tusayan and the Arizona National Scenic Trail, as well as an opportunity to site a future interagency visitor center at the location.

“Ten X Campground is frequently filled to capacity due to its popular location,” said Dutch Maatman, assistant recreation staff officer with the Kaibab National Forest. “We are excited about the opportunity to not only support the increased number of visitors to the area but also to provide them with a better overall camping experience.”

Ten X Campground on the Tusayan Ranger District of the Kaibab National Forest was originally constructed in the early 1970s, and currently offers 70 individual sites, two large group sites, one host site, several vault toilets, paved roads, and a potable drinking water system. Since the development of Ten X Campground, there have been only minor expansions and updates, leaving it vulnerable to overcrowding and visitor use conflicts.

The Kaibab National Forest encourages public participation in the development of proposed projects and is seeking input and comments on the Ten X Campground Expansion project. Specific, written comments should be received no later than March 29.