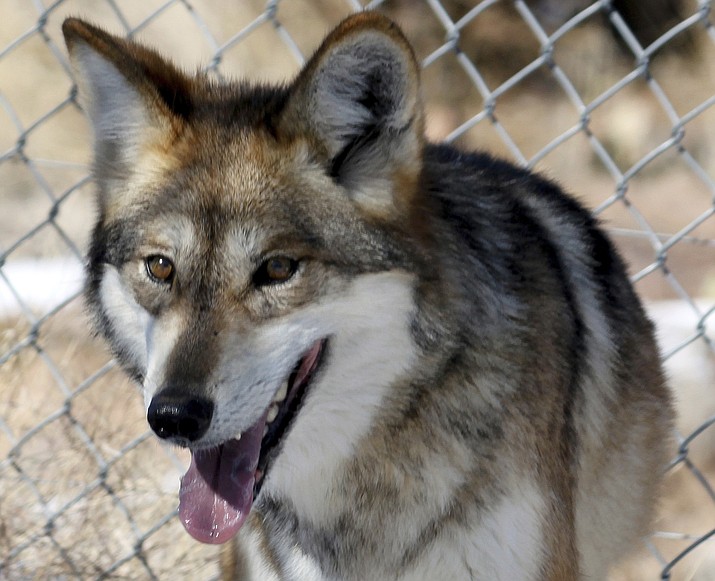 Two endangered Mexican wolves have been removed from the wild and are undergoing testing to determine if they're behind a string of livestock deaths in southwestern New Mexico. (Photo/Susan Montoya Bryan)

ALBUQUERQUE, N.M. — Two endangered Mexican wolves have been removed from the wild and are undergoing testing to determine if they're behind a string of livestock deaths in southwestern New Mexico, marking the latest wrinkle in the strained effort to return the predators to the American Southwest.

The two young female wolves were recently captured in an area of the Gila National Forest where ranchers had reported a dozen instances of cattle being killed over a four-month period.

An order also was issued by the U.S. Fish and Wildlife Service calling for the removal of a third wolf in hopes of curbing the predation. The order allows for wildlife managers to use lethal force if necessary, but biologists want to avoid that if possible.

"We will use that as a very last resort," said Brady McGee, who coordinates the Mexican wolf recovery program.

Wildlife managers initially tried to capture the wolves earlier this year during an annual aerial survey but were unsuccessful. Two more livestock kills were reported and then the female wolves were caught in the area, officials said.

Environmentalists have asked that the animals be released and that the removal order be cancelled for the third wolf, citing the difficulty the program has had in growing the population over the last two decades.

Michael Robinson with the Center for Biological Diversity said there have been issues in the past in an area known as Rainy Mesa. He said more needs to be done to mitigate the problems, including ensuring that the carcasses of any cattle that have died from other causes be removed to discourage scavenging by the wolves.

"This whole incident is an unwise continuation of management that has hurt the Mexican wolf population from the beginning," he said. "The wolves are being scapegoated for the government's refusal to institute meaningful standards to prevent conflicts."

Robinson and others have long called for more captive wolves to be released to boost the wild population.

Ranchers have pushed back, citing the livestock kills and safety concerns for those who live in the rural communities scattered through the mountainous recovery area that straddles the Arizona-New Mexico border.

Officials have said their cautious approach to management of the population — from releases and relocations to removals and the fostering of captive-born pups in wild dens — is primarily centered on building up the genetic diversity of the wolves in the wild.

The wild population in Arizona and New Mexico has struggled to gain significant ground since the first release in 1998, as the effort has stumbled due to poaching, legal battles and politics.

About 114 wolves are believed to be roaming the two states, but that could change as wildlife managers compile the results from the recent survey. The new numbers are expected to be released later this month.

A subspecies of the gray wolf, the Mexican wolf once roamed parts of Arizona, New Mexico, Texas and Mexico. As the region became settled, wolves came into conflict with livestock. As a result of private, state and federal extermination campaigns, the wolf was all but eliminated from the U.S. and Mexico by the 1970s.