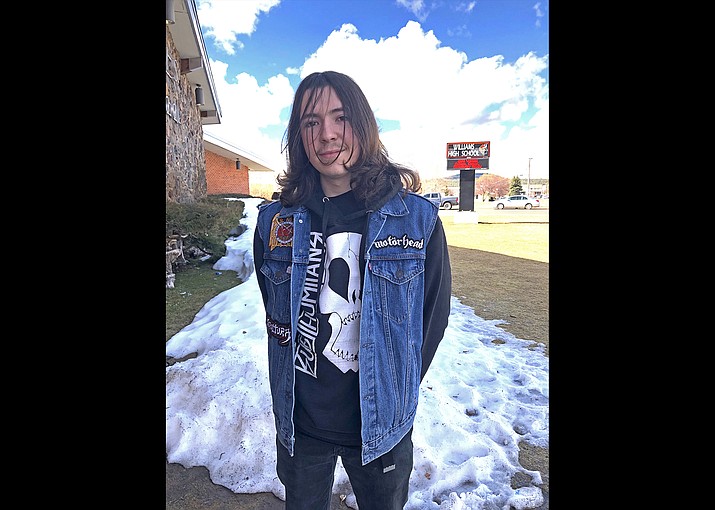 Henry Saldain is a senior at Williams High School.

Henry Saldain is a senior at Williams High School. He has attended school in Williams since kindergarten.

At the high school, Henry participates in auto shop and enjoys his economics and world history classes with Mrs. Lee.

He said Mr. Lee, Mrs. Lee and Mrs. Montgomery have been especially encouraging to him throughout high school.

After high school, Henry plans to move to California and pursue a career in music. He plays electric guitar and electric bass.

He would like to attend music school and learn about production and then meet some other musicians and form a band.

After school and during summers Henry has worked at the Bistro as a host and busser.

He said one of his favorite memories from high school was travelling to Jerome with friends and visiting some of the historic haunts.