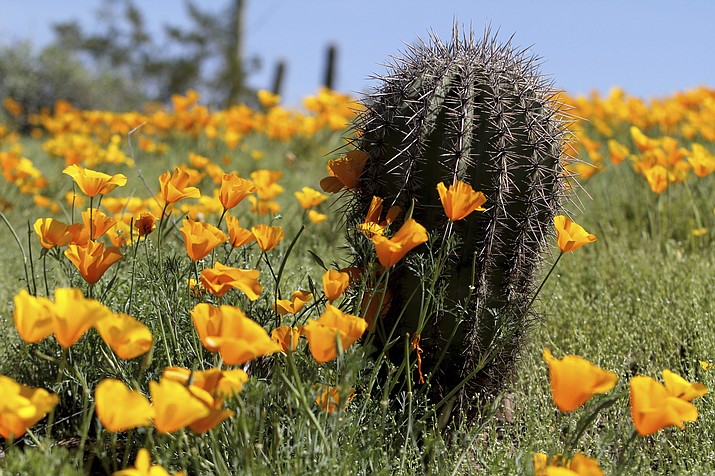 CASA GRANDE, Ariz. (AP) — Wildflowers are blooming in Arizona, and crowds of people are turning out to see them.

The Casa Grande Dispatch reports that attendance at Picacho (pih-KAH’-cho) Peak State Park along Interstate 10 between Phoenix and Tucson totaled 4,502 people last weekend, compared with 2,143 during the first weekend of March 2018.

Dozens of varieties of flowers, shrubs and cactus are in bloom at the park, most around the base of the mountain and near the campground.

Blooms started in February at Catalina State Park near Tucson and Lost Dutchman State Park east of metro Phoenix while parks at higher elevations will see flowers later, with some lasting well into summer.