Gutierrez sentenced to 13 years for shooting at law enforcement 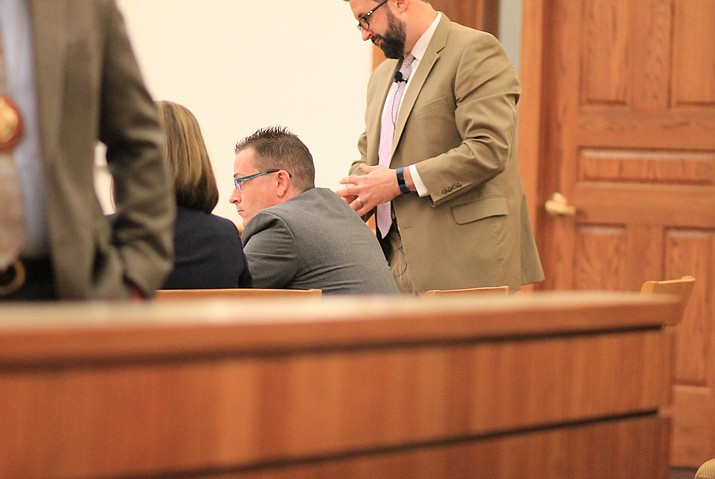 Jowell Gutierrez was sentenced March 1 to 13 years in prison for a 2017 shooting in Williams. (Wendy Howell/WGCN)

WILLIAMS, Ariz. — A man accused of shooting at Williams Police officers on Nov. 27, 2017 has been sentenced to 13 years in prison. Sentencing for Jowell Gutierrez took place March 1.

The jury found Gutierrez guilty on three counts, but undecided on the most serious charges of attempted first degree murder of law enforcement. The jurors were unable to decide whether the 18 shots Gutierrez fired from an SKS rifle at the officers, hitting a patrol truck, was attempted murder or whether it was an effort to die by suicide-by-cop.

Gutierrez was in Coconino County Superior Court charged with two counts of attempted first-degree murder, two counts of aggravated assault and one count of criminal damage.

Barker told jurors during the trial that Gutierrez should be found guilty on all charges; Doughty and Foulks said Gutierrez was guilty of disorderly conduct with a deadly weapon.

Officers with Williams Police Department and Coconino County Sheriff’s Office began searching for Gutierrez throughout the community until his vehicle was located behind an apartment building on First Street in Williams.

Anderson was the first on scene at the apartments and Wilson arrived a short while later to back up Anderson. As Anderson and Wilson stood next to Anderson’s patrol truck, Gutierrez fired 18 rounds from a semi-automatic rifle at the officers. Neither officer was struck. A few minutes later Gutierrez emerged from the building and was arrested without incident by the officers.