Preserving the past: Historic Route 66 Association of Arizona celebrates 32 years 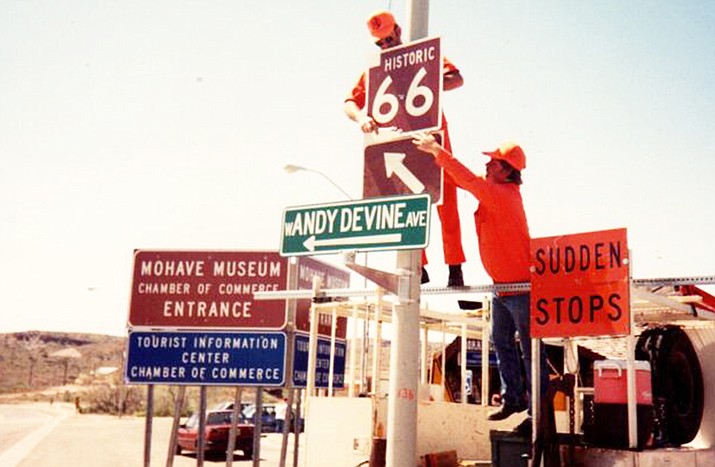 WILLIAMS, Ariz. — The Historic Route 66 Association of Arizona celebrates its 32nd anniversary on the Mother Road this year. The non-profit organization works to preserve, promote and protect Route 66 across Arizona.

Nikki Seegers, director of operations for the Historic Route 66 Association of Arizona said designating the Mother Road as a historic highway was a vital part of preserving the road.

“Designating Route 66 as a historic highway was the first step in recognizing the historical significance of Route 66 to the country’s history. It also kicked off the rebirth of the Route 66 road trip. It is significant because the request for the designation came from a grassroots group petitioning the government for change,” Seegers said.

Over the years, the association has worked to preserve not only the road but also its legacy. That’s one reason Seegers said she is interested in helping to preserve Route 66.

“History has always been a passion of mine. Working to preserve history and help others experience Route 66 aligns with that passion,” she said.

Working for a cause

On Feb. 18, 1987, a group of 15 passionate individuals from across the state met at the Copper Cart restaurant in Seligman and formed the Historic Route 66 Association of Arizona. Over the next year, the group successfully lobbied Arizona State officials to dedicate the original stretch of Route 66 as a historic highway.

The following April, the association celebrated by hosting the first annual Route 66 Fun Run® with Arizona Gov. Rose Mofford cutting the ribbon and Will Rogers Jr. attending as grand marshal. In 1989, Bobby Troup, who wrote the highway’s anthem ‘Get Your Kicks on 66’, attended the Fun Run and Peter Jennings featured Old Route 66, interviewing Association President Jerry Richard of Kingman on the ABC television’s evening news. That year, four other states formed Route 66 Associations. By 1991, all eight states had an association.

“ The best way for people to be a part of the legacy is to get involved.”

Over the next three decades, the association was awarded 14 grants totaling more than $2 million dollars to facilitate historic preservation, tourism and marketing to the Route 66 communities of Arizona. They received the Governor’s Cooperative Marketing Award in 2011 for their Arizona Route 66 Passport.

The association was the driving force behind the installation of the National Scenic Byway signage across Route 66 in 2006 and secured the All-American Road designation in 2010, the most distinguished National designation that is held by only 42 roads in the U.S. They also raised over $30,000 for the opening of the Route 66 Museum in the Powerhouse by raffling off a 1964 Corvette.

What’s in store for the next 32 years?

The association is currently replacing the roadside attraction signs that are located at iconic spots across Arizona. The original signs were installed in 2003 by The Hampton Inn but have become faded and worn. The installation of the signs continued through February.

The Arizona Route 66 Passport has also been a successful tool, helping to promote all communities along the road. The fourth print will be released later this year. The association is also in the beginning planning stages for the Route 66 centennial celebration in 2026. The celebration will not only highlight the unique communities across Arizona but also the special experience that have been created together. The majority of the planning will happen at the association’s all-community meetings in the summer where other preservation projects may be discussed and launched.

Seegers said the best way for the public to help and/or be a part of the Route 66 legacy is to get involved, participate in community events supporting the road’s legacy and at the very least get out there and drive the historic roadway.

“The best way for people to be a part of the legacy is to get involved. Volunteer with your local museum, visitor center, or a Route 66 community event. The Fun Run is always looking for volunteers. If you are interested in helping out Fun Run Weekend May 3-5 in Seligman, Kingman or Topock, email us. Another great way to help preserve the road is to take a road trip. Visit the businesses along the road because they make the Route 66 experience one to remember,” Seegers said.

The Historic Route 66 Association of Arizona has been housed in the Historic Powerhouse on Route 66 in Kingman, Arizona since October 1997.

More information is available from the association at nikki@historic66az.com.