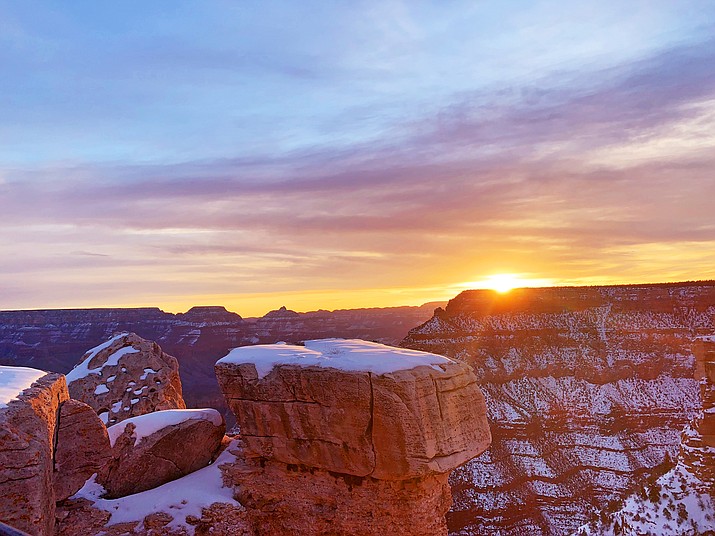 Sunrise at Grand Canyon Feb. 26, the first day of a new century at the park. (Photo courtesy of Arizona State Parks and Trails)

GRAND CANYON, Ariz. — Grand Canyon National Park celebrated its centennial Feb. 26 with cake, chorus and visitors from around the world. 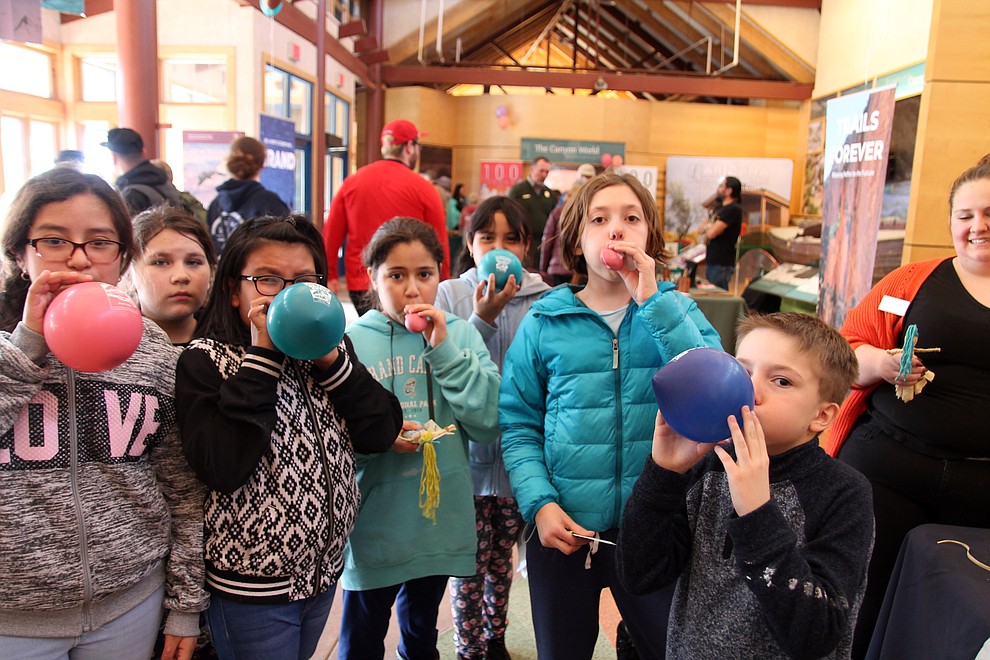 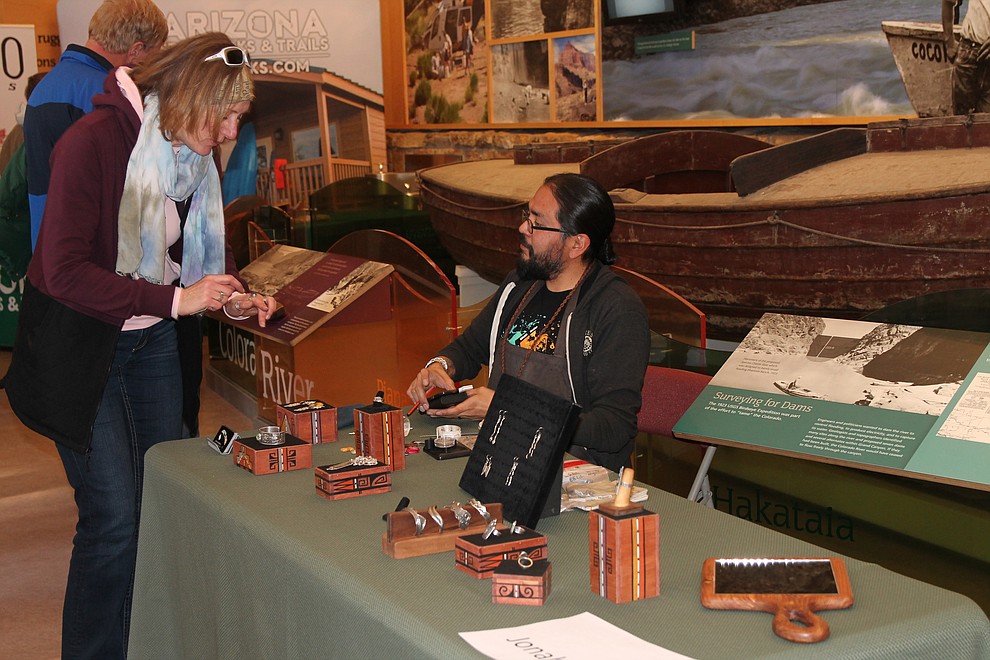 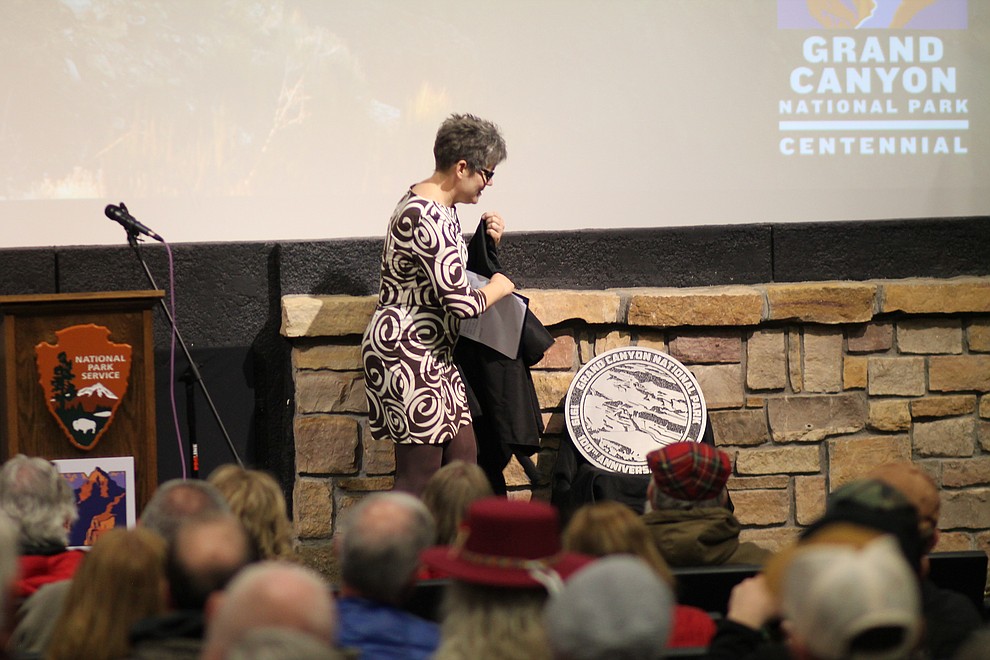 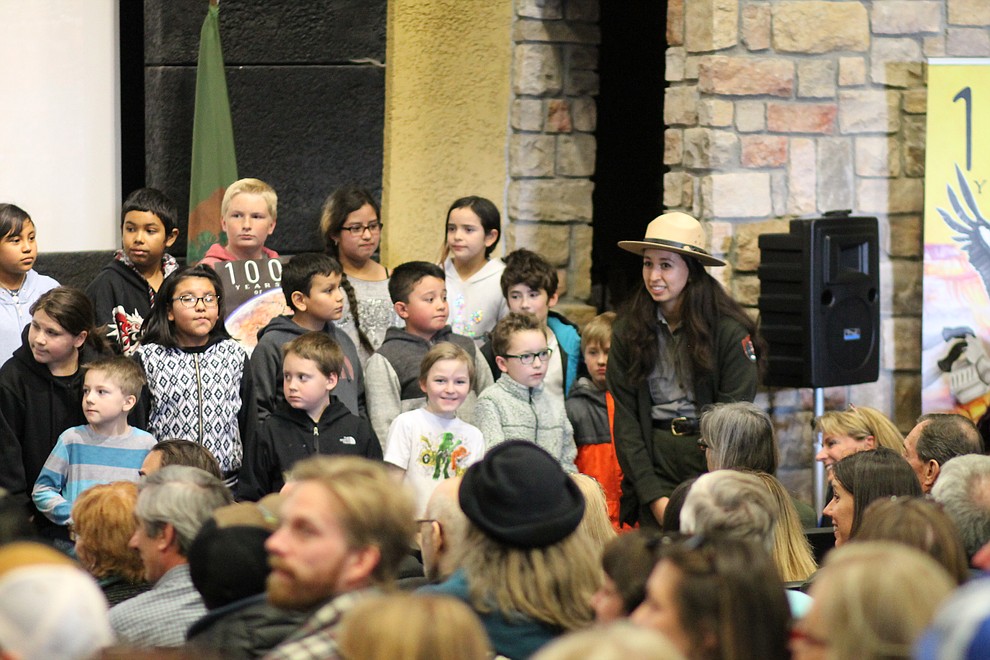 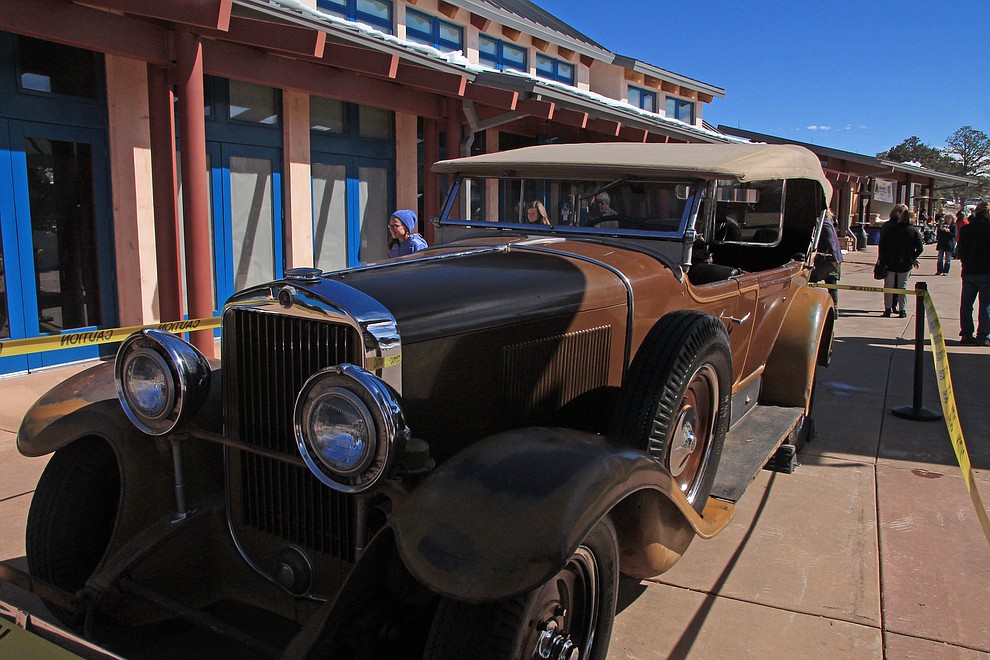 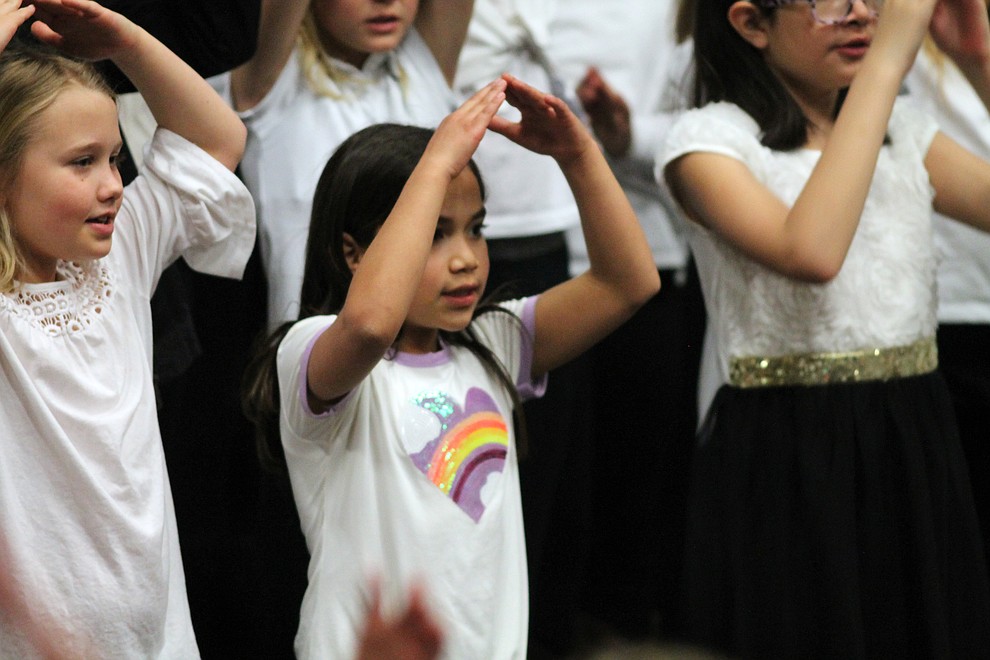 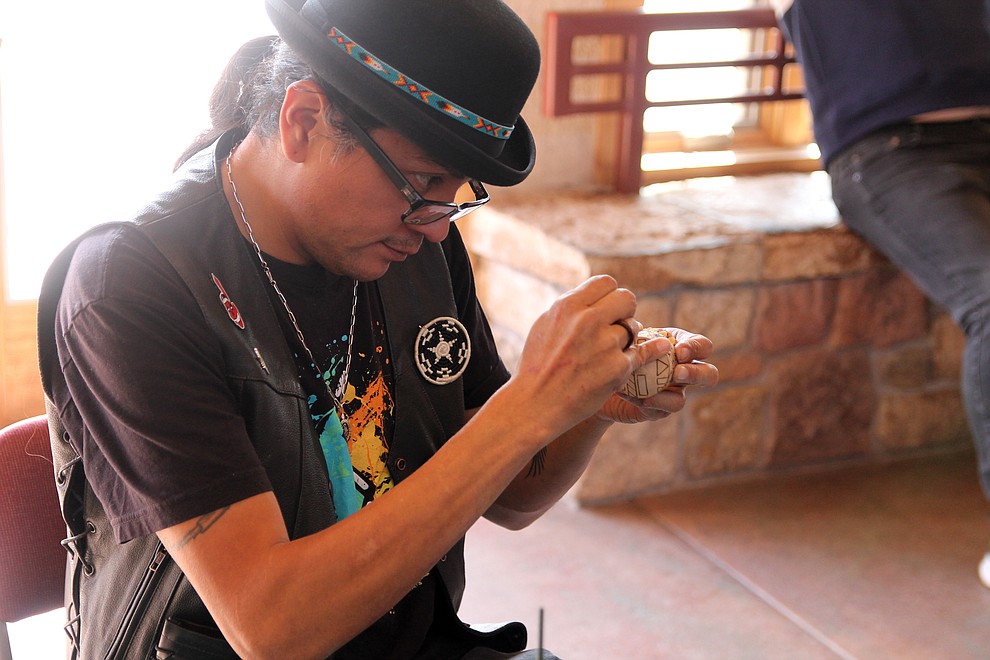 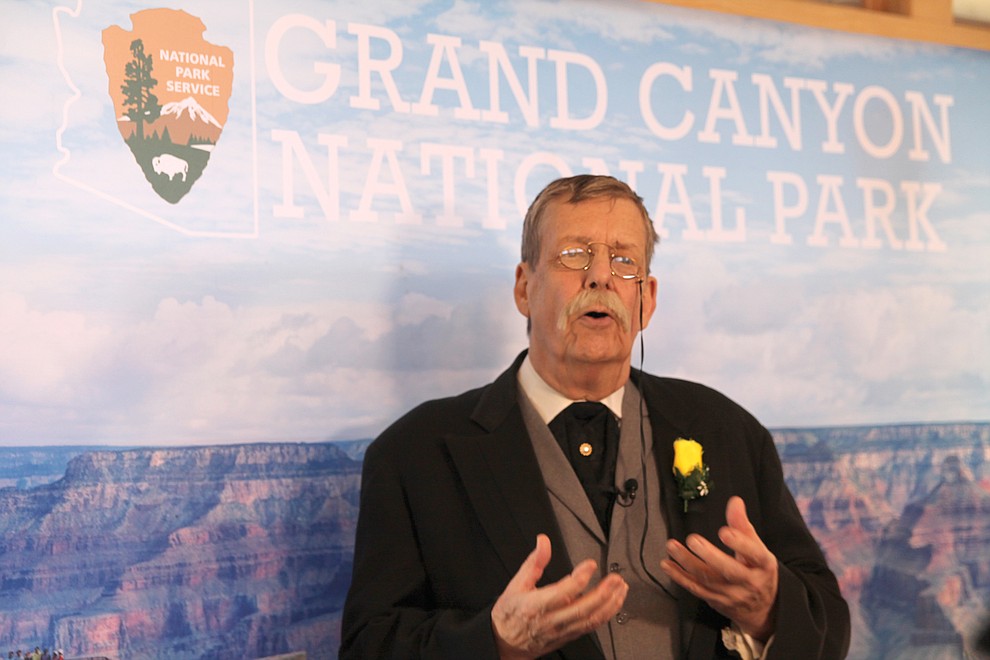 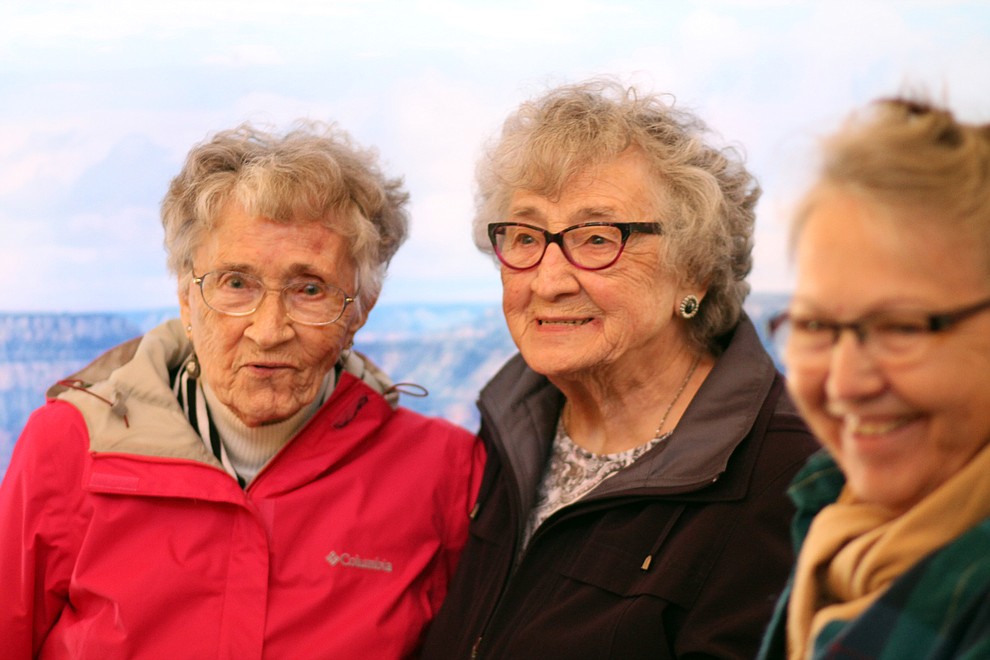 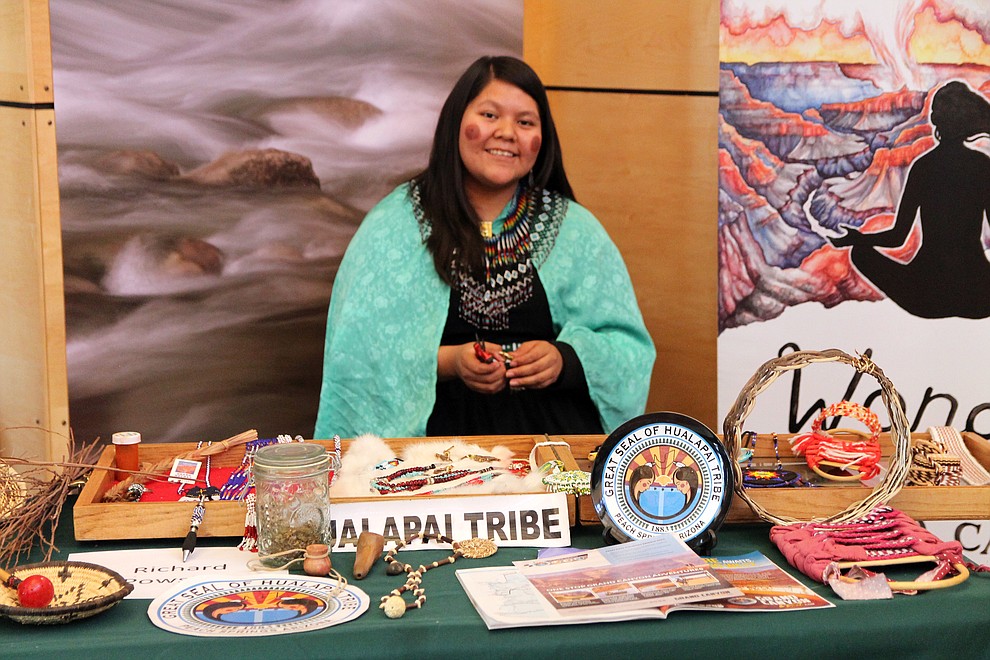 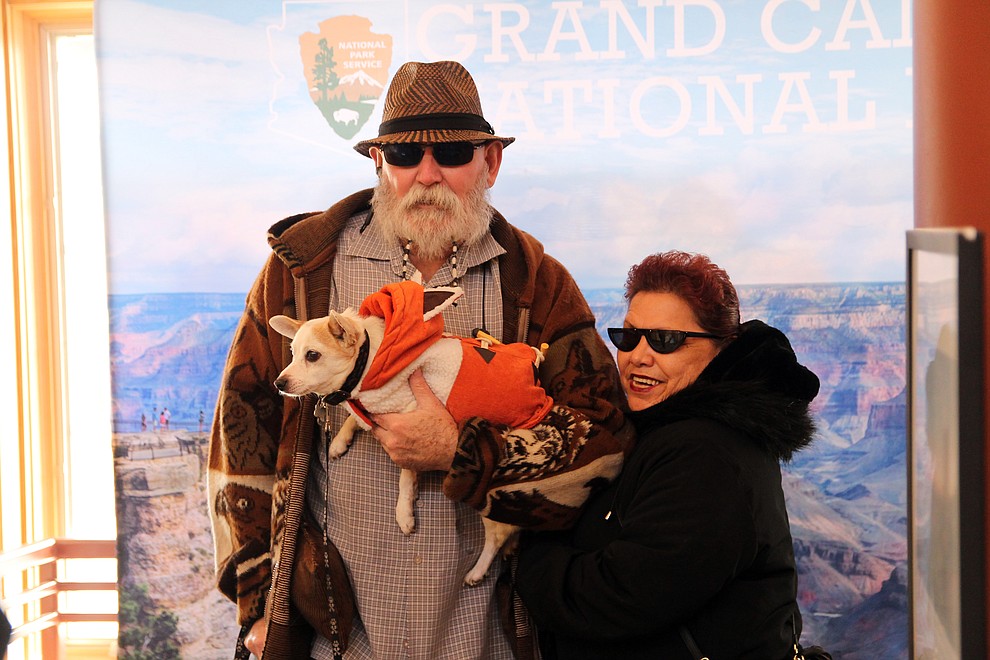 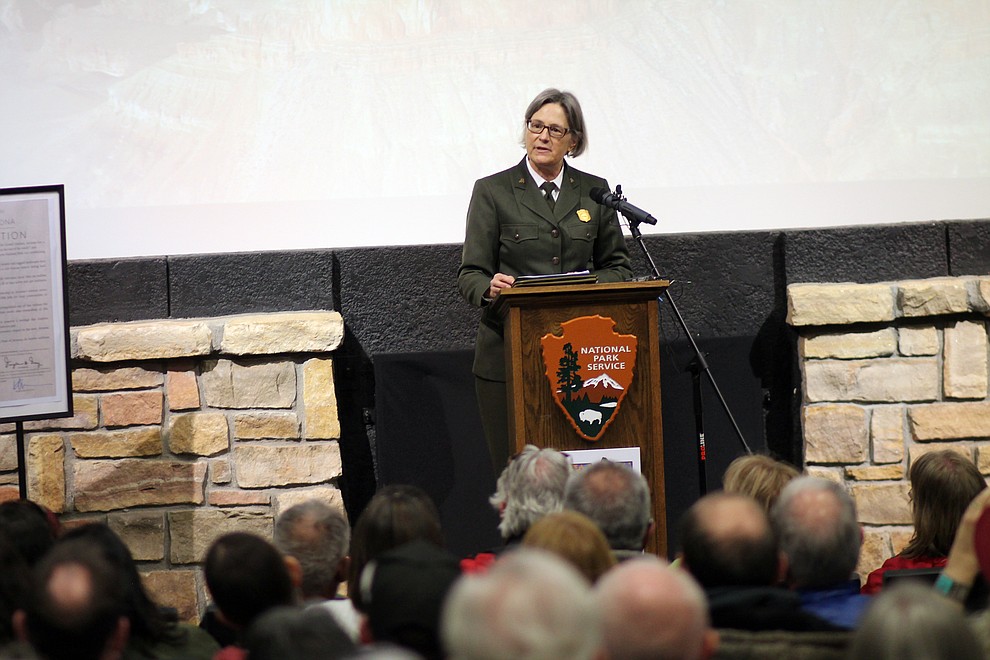 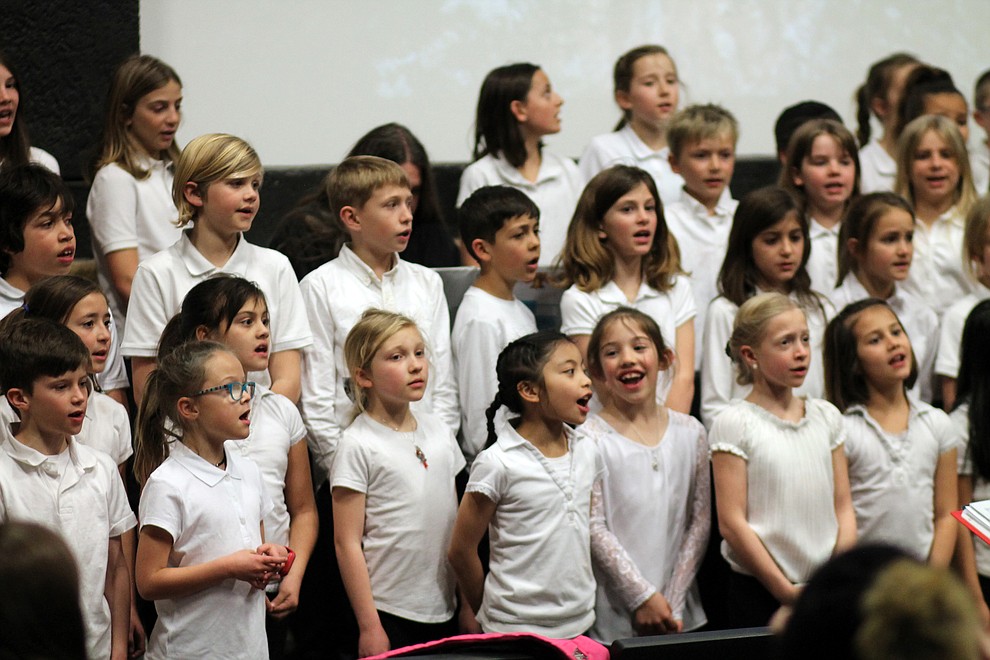 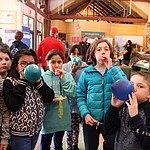 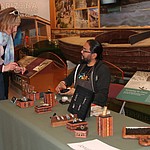 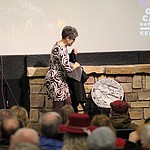 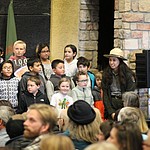 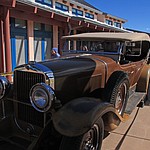 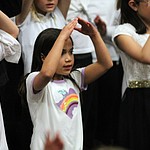 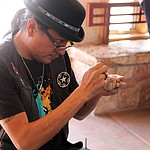 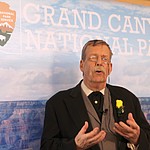 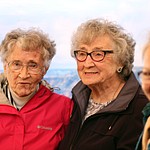 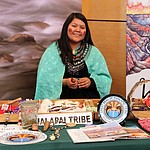 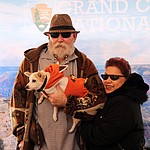 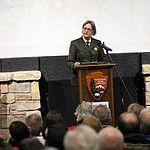 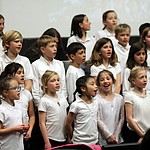 The Grand Canyon Visitor Center was packed with excited children appreciating the handiwork and demonstrations of some of the park’s 11 traditionally-associated Native American tribes and excited adults happy to make their mark on the park’s history with video greetings and ribbons bearing messages of hope for another 100 years.

In remarks during the park’s commemoration ceremony, Acting Superintendent Lisa Carrico touched on the people guiding Grand Canyon in its mission of stewardship.

“Today, as we embark on the next 100 years, it is fitting that we commemorate the past while looking forward to inspire future generations to experience, connect with and protect Grand Canyon’s unique resources,” she said. “The last 100 years marks the history of the National Park Service at Grand Canyon, and while we are here today to celebrate this centennial, it is one chapter in the story of this place.

Long before Grand Canyon National Park was established, for millennia, Native people have been a part of and cared for this special place. As we enter the second century as a national park, we commit to elevating tribal relationships and sharing stewardship of this sacred place with the people who continue to call the canyon home.”

Carrico acknowledged that the park wouldn’t be the jewel it is without the work of NPS employees — those who greet visitors from around the globe, conduct research of the park’s resources, keep residents and guests safe and educate generations of school children.

“Thank you for all you do every day to preserve and protect this amazing park, to serve our visitors,” Carrico said to a round of applause.

Coconino County Board of Supervisors Chairman Art Babbott and Arizona Gov. Doug Ducey recognized the impact, both culturally and economically, that the Grand Canyon has on the state and Coconino County, with Secretary of State Katie Hobbs unveiling a centennial plaque and reading a proclamation from Ducey celebrating the establishment of the park in 1919.

A vision for the future

Grand Canyon Conservancy partnered with the park for centennial activities, and CEO Susan Schroeder said the non-profit organization had reached 94 percent of its $15 million fundraising goal supporting the park into a new century.

“It really becomes crystal clear that the Grand Canyon is … looking forward toward the future,” she said. “It’s time to prepare for the next 100 years, and we do that in a lot of ways.”

Grand Canyon National Park is currently seeking International Dark Sky Park status, defined as “a land possessing an exceptional or distinguished quality of starry nights and a nocturnal environment that is specifically protected for its scientific, natural, educational, cultural heritage, and/or public enjoyment.”

To help the park achieve this goal, GCC catalogued all 4,740 of the park’s light fixtures and found that about 3,500 of them do not meet dark sky guidelines. GCC is currently working on replacing 1,500 of the park’s light fixtures in 2019 so the International Dark Sky Park designation can be granted. The organization is also working on developing new night sky viewing areas and expanding evening programming.

GCC is also working with the park to design the Desert View Inter-Tribal Heritage Site, transforming the Watchtower area into a thriving space that celebrates the tribal heritages of Grand Canyon.

The agency is working toward complete conservation of both the Watchtower structure and its famous murals, painted by Hopi artist Fred Kabotie, as well as creating new public spaces for cultural performances and artistic demonstrations to immerse visitors in the Native American experience at the canyon. Other plans for the site include expanding tribal youth opportunities for education and job training and expanding the popular cultural demonstrator series.

To ensure visitors’ ability to explore the world below the canyon rim and improve hiker safety, GCC will expand its work on the park’s hundreds of miles of trails.

To date, GCC has stabilized and improved hiker safety on Clear Creek Trail, built in the 1930s by the Civilian Conservation Corps, running along the bottom of the canyon from Phantom Ranch. Crews also restored Grandview Trail along the east rim, which was built in the 1880s to haul raw ore. Trail crews removed overgrown vegetation and rebuilt historic stonework along the trail.

With funds from GCC, crews recently completed restoration work on upper portions of Hermit Trail and plan to restore more trails in the future through a Trails Forever fund. The organization estimates that a mile of trail restoration costs about $250,000.

Through its Discovery and Exploration program, GCC is expanding educational access to the park to classrooms in communities around the world. Along with completing studies of Bighorn Sheep and other animals, restoration of habitat along the Colorado River and building a greenhouse that double’s the park’s capacity for growing native plants to restore vegetation, the organization plans to take stewardship a step further in a Grand Vision.

GCC plans to expand Kids in the Canyon, a classroom program to bring nature and science to students who may have never visited a national park. A study of the park’s seeps and springs is also in the works, which will examine flow and volume at Grand Canyon will help determine the sustainability of the water supply on the Coconino Plateau.

More information about planned programs through GCC’s Grand Vision campaign can be found at www.grandcanyon.org/our-work/current-priorities.