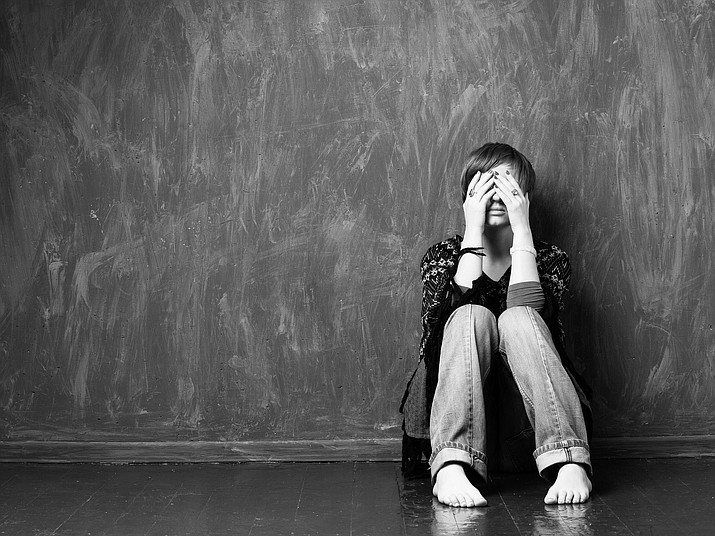 Domestic violence is a pattern of behaviors used by one partner to maintain power and control over another partner in an intimate relationship, according to the National Domestic Violence Hotline website. On March 9, First Baptist Church of Williams is hosting an abuse workshop. The event is free and open to the public. (Photo/Adobe stock)

WILLIAMS, Ariz. — Abuse does not discriminate. Men, women, children, rich or poor, young or old, there is no one group who has not been impacted by abuse. While it may never fully go away, there are ways to recognize it and to get help for those who are victims of abuse.

On March 9, First Baptist Church of Williams will host a workshop that will address topics of abuse. The workshop, called ARISE (Abuse Response Intervention for a Supportive Environment) will share ways for victims and abusers to get help and will talk about ways to respond to abusive situations.

Martha Simoneau and Kelly Yazzie were asked by First Baptist Church to coordinate the event and said while the workshop is Christian based they want to make sure everyone knows they are welcome.

“The problem is universal and we extend the invitation to anybody who wants to come,” Simoneau said. “We are reaching out to everyone in the community, men and women, to educate them about this problem and ask for assistance with this problem,” she said.

The workshop is for victims of abuse, including physical and emotional abuse and will focus primarily on adult domestic violence.

“There are many different kinds (of abuse) people don’t realize what a big problem it is and there are a lot of misunderstandings about what to do about it and how to handle it,” Simoneau said.

What: A Christian based workshop for victims of abuse. Learn to help: what to say and what to stop saying. Victims Witness Services will be available.

Refreshment will be available and childcare is available upon request.

According to the National Domestic Violence Hotline website, domestic violence (also called intimate partner violence, domestic abuse or relationship abuse) is a pattern of behaviors used by one partner to maintain power and control over another partner in an intimate relationship.

Simoneau, who is a retired therapist, said one in four women will become victims of spousal abuse in their lifetime. She said men are victims too but the numbers are much greater for women.

“Those statistics are accurate within the church, as well,” Simoneau said.

“Victim Witness Services in Coconino County is unique, it’s one of kind,” said Advocate Supervisor Deb Fresquez about the structure of the organization.

The non-profit group offers clients confidentiality, which isn’t true for every victim witness service group. The organization works with victims of crime offering support groups, resources and education on victim rights. Other services they offer include a compensation program in coordination with the county attorney’s office, a pets program, which houses pets if a client needs to relocate to a shelter and they offer a call-to-protect phone which gives clients a cell-phone for the purpose of calling 911.

The group was able to open offices in these rural locations after receiving a large grant.

Robin Begay is the domestic violence victim advocate in Williams and Ash Fork and now has office hours two days a week in the Williams Municipal and Justice Courthouse in Williams. Begay said there is a need for an advocate in these areas. She currently has a case load of clients that have been referred to her from the judicial system and law enforcement. She said being present in these communities is important for building client relationships and discovering needs in the community.

“I think word of mouth is really helpful. So when I’m helping one client they do talk to other people about what they are experiencing, so we’re building a trust in the community. They know that we’re there and they’re willing to maybe open up their lives and share with us what they’re experiencing because they know that there is an advocate that comes to Williams and is there twice a week and is willing to come out whenever they need assistance,” she said.

Referrals are not necessary to see victim witness advocates.

“Anybody can either call me or stop in during my office hours and I will be happy to help them however I can,” she said. “They don’t have to be involved in the law enforcement, they don’t have to report it.”

Fresquez and Begay will speak at the ARISE workshop.

ARISE will focus on teachings from Leslie Vernick, a Christian therapist who specializes in spousal abuse. Vernick conducts national and international trainings to raise awareness about the issue.

“As Christians we want to see marriages healed. We don’t want there to be divorce but we need to recognize that abuse is wrong, it happens — it’s wrong and when it happens we need to prioritize safety and sanity,” said ARISE co-coordinator Yazzie.

In the last year, Yazzie has mentored more than 100 women in abusive relationships through an international support group provided by leslievernick.com.

ARISE takes place March 9 from 9:30 a.m. – noon at First Baptist Church of Williams, 629 W. Grant Avenue. Childcare will be provided and light refreshments will be made available.