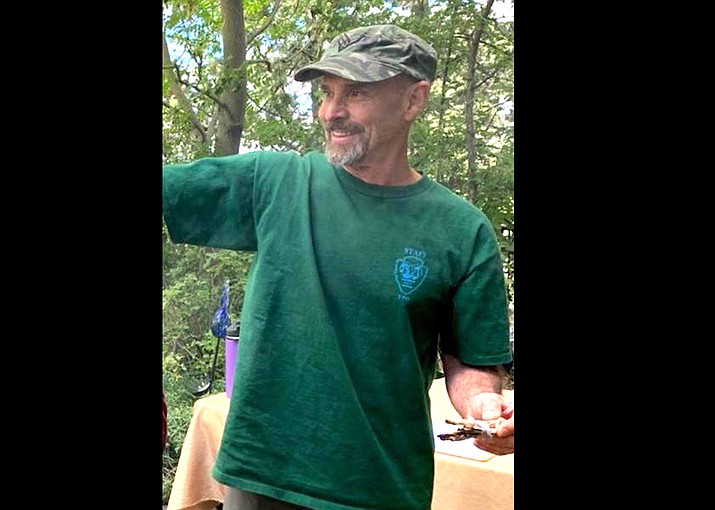 John Saville has been reported missing after failing to return from a hike northeast of Prescott. (YCSO/photo)

PRESCOTT, Ariz. — Yavapai County Sheriff’s Office (YCSO) is looking for a 64-year-old Prescott man who went missing this month after telling a friend that he intended to go on a long hike near Prescott.

“A full complement of search teams and aircraft were deployed [June 23] and are continuing the search effort this morning [June 24],” YCSO public affairs coordinator Dwight D’Evelyn said in an email June 24.

On June 7, around 3 p.m., John Saville left his home in Prescott

Deputies say Saville, who is 5-foot-6 and 130 pounds, is mostly bald with gray hair and brown eyes, was carrying a backpack and had intended to return home sometime between June 16 and 18.

YCSO said it learned June 20 that Saville was missing. Deputies immediately deployed 4 by 4 quad units and a Department of Public Safety Ranger helicopter to the area, but found no sign of Saville or his vehicle.

On June 21, YCSO’s Rescue 1 helicopter flew about eight hours in a widened search area, but again didn’t see any signs of Saville or his pickup. Deputies say their search effort is ongoing based on Saville’s last reported hiking plans.

Attempts to call Saville, an experienced hiker, were unsuccessful, and several ranch owners in the general vicinity told deputies that they hadn’t seen him.

Information provided by YCSO. Doug Cook of the Daily Courier contributed to this story.