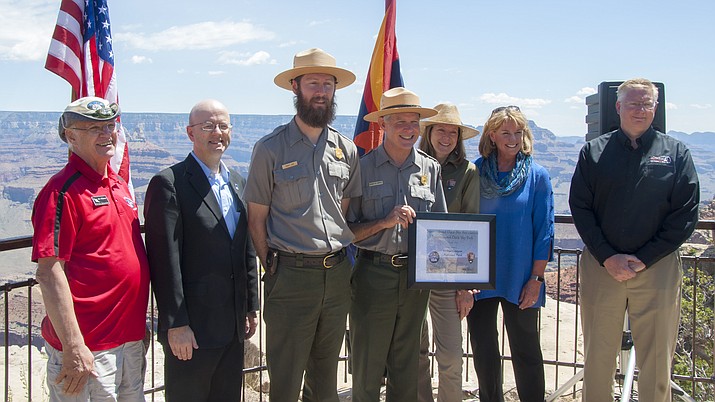 The park was recently certified by the International Dark Sky Association, which strives to preserve and protect the nighttime environment and dark skies through environmentally-responsible outdoor lighting.

The certification does not carry legal or regulatory authority; however, it demonstrates a commitment by parks to improve night skies through the use of more energy efficient, sustainable lighting.

The park began the certification process in 2016 with a Provisional International Dark Sky status granted by the IDSA after an initial inventory and assessment of more than 5,000 exterior light fixtures. The provisional status gave the park three years to retrofit 67 percent of the light fixtures to dark-sky compliant ones in order to achieve full certification. At the time, 35 percent of the lights were already dark-sky compliant.

Last month, the park completed the retrofit process of an additional 34 percent of the light fixtures, bringing the total dark-sky compliant lights in the park up to 69 percent. The process was reviewed and accepted by the IDSA.

More to be done

In the coming years, the park plans on making 90 percent of the lights dark-sky compliant. Funding for the project came almost entirely from Grand Canyon Conservancy (GCC), the official nonprofit partner of the park. According to a press release, GCC raised nearly six figures toward the International Dark Sky Park status initiative.

The three-year retrofit process was divided into three phases. Park management started phase one with retrofitting the South Rim Lodge area, which is part of the Historic Village District and involved coordination with the State Historic Preservation Office. About half of the 198 lighting fixtures themselves were historic and could not be dismantled. For those fixtures, the park simply exchanged bulbs within the historic fixtures. Bulbs with a color correlated temperature (CCT) of 2,400K were used for many of these fixtures. Non-historic fixtures were retrofitted with one of a few varieties of fully-shielded fixtures or simply removed. Fixtures were chosen to aesthetically compliment the era of the building.

Park management also coordinated with Xanterra, one of the park's concessioners, to retrofit the light fixtures on the buildings managed by Xanterra. Xanterra hired contractors to install the retrofits; the new fixtures and bulbs were purchased by GCC.

The second and third phases of the process focused on the retrofitting of residential neighborhoods within the park as well as Maswik Lodge, Grand Canyon School, the Recreation Center and the rest of the buildings in Historic Village District. More than 1,500 fixtures were retrofitted in these areas to be dark-sky compliant.

The next phases of the process will focus on the North Rim, Desert View, Phantom Ranch and Tuweep to achieve 90 percent compliance.