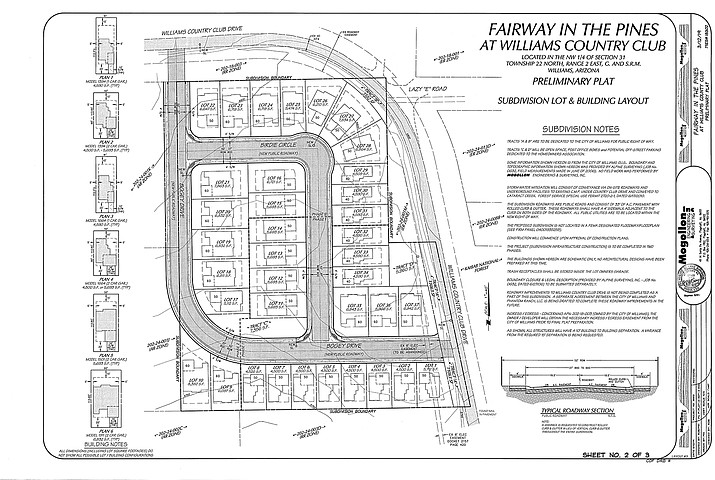 Steve Iverson of Phantom Ranch Development has submitted a preliminary plat for the proposed Fairway in the Pines subdivision. (City of Williams/photo)

Several residents voiced concern about the environmental impacts from the development and the potential effects on water and sewer infrastructure, although Planning and Zoning Commissioner George Glen advised the public that the commission would only be addressing planning and zoning requirements.

Williams Chief Building Inspector Tim Pettit said the property had previously been approved to have 45 units, including town home units, on the parcel.

According to Pettit, the property had been rezoned R-2 around 2005 to allow higher density housing. Steve Iverson of Phantom Ranch Development purchased the 7.27 acre property in November 2018.

At the June 20 meeting, Iverson asked for a variance to allow side yard setbacks of 10 feet with a five-foot minimum on each side.

After nearly two hours of discussion, the Planning and Zoning Commission unanimously approved the preliminary plat and the variance.

The preliminary plat and variance will now go before the Williams City Council for final approval at the council’s June 27 meeting at City Hall. The meeting begins at 7 p.m.