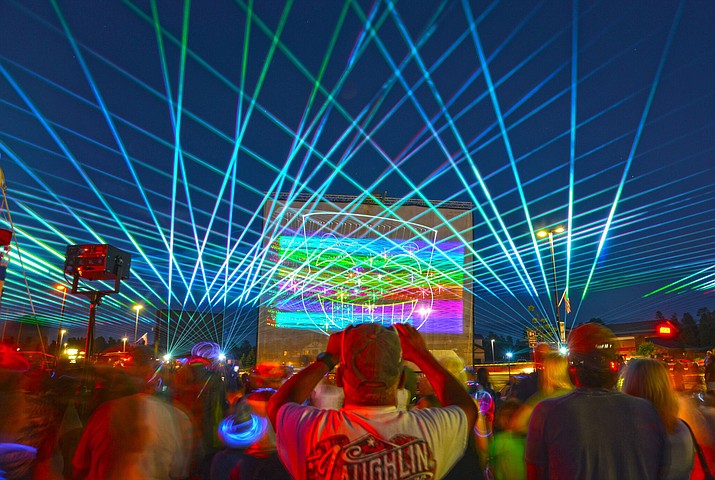 The Grand Canyon Chamber of Commerce is gearing up for its annual Fourth of July Parade and laser light show. (Photo/Greg Brush)

TUSAYAN, Ariz. — On July 4, the Grand Canyon Chamber of Commerce will host its 41st annual parade and celebration in Tusayan. The event is free and open to the public.

“We are looking forward to this year’s event,” said Chamber manager Laura Chastain. “We are excited to be celebrating Grand Canyon National Park’s 100th centennial celebration in a fun, family environment.”

This year’s theme is “Grand Canyon Celebration” and will focus on Grand Canyon National Park’s centennial. The parade begins at 3:30 p.m. on Highway 64 in Tusayan. Beginning at 2:30 p.m., kids will have the opportunity to join the parade by decorating their bikes and riding along.

Local restaurants/bushiness will be serving up burgers, hot dogs, pulled pork, el pastor and carnitas tacos, ice cream and cotton candy. There will also be beer and wine available for purchase. The Kid Zone will feature games and Mad Science of Phoenix will be onsite with a special show: Fire and Ice.

For the second year, the town is sponsoring a laser light show, which is scheduled to begin at about 8:30 p.m. This year's show will include a special tribute to the park’s 100th anniversary.

The Chamber will sponsor four card raffles with prizes including a two-night stay in Sedona and a Yeti cooler. There will be a special card raffle to support Grand Canyon Conservancy and Tusayan Fire. Local businesses have provided several additional items for a silent auction.