Bacon prices sizzle in Arizona; up $2.34 a pound in past year 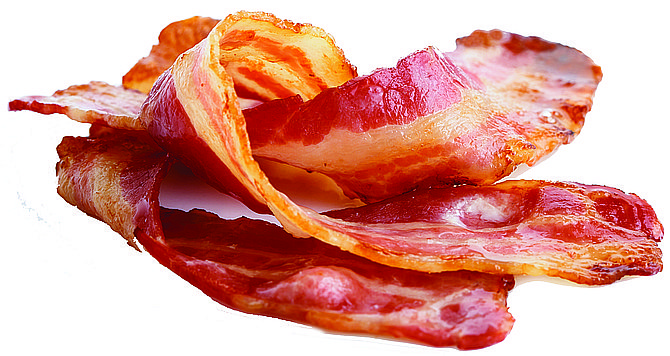 PHOENIX — Breakfast is getting more expensive.

And if you are looking for a reason, think about bacon donuts, maple bacon ice cream and, of course, the popular Sonoran hot dog.

All that is leading to more demand, with the result being higher prices.

In the past year, the Arizona Farm Bureau Federation reports, the average price being charged for bacon at grocery stores has shot up $2.34 a pound. And most of that has been in the past quarter.

The “why’’ behind that is a bit more confusing.

On one hand, the trade wars with China have resulted that country canceling orders of U.S.-produced pork products, according to the Farm Bureau’s Julie Murphree. That has resulted in China getting more of its pork from places like Brazil and Canada.

Theoretically, that should leave more bacon for domestic consumption.

But Murphree said the fact remains that this is still a global market. And with China importing more because of the swine flu in that country, that has increased worldwide demand — to say nothing about Americans wanting bacon on just about everything.

“It’s kind of like the tide that lift all boats,’’ Murphree said.

The latest price check by the Farm Bureau also found a sharp spike in the price of ground chuck over both the past quarter and a year ago.

But shoppers interested in sirloin tip roast, by contrast, will find relative bargains.

A pound of that meat was selling a year ago for $7.39 a pound. Farm Bureau shoppers were able to find it a $5.05 a pound this past quarter.

Murphree said the prices reflect local demand. And what the latest numbers show, she said, is a stronger demand for ground beef.

She said it could be a summer thing.

“When you think about family barbecues around the Fourth of July, we’re feeding a lot of little mouths,’’ Murphree said. And she said they are going to want hamburgers.

Some other elements in the typical market basket of 16 items shopped by the Farm Bureau also resulted in the increase in overall cost compared to past quarter and last year.

One of those is another breakfast item: orange juice. The price of a half gallon is more than a dollar higher than just three months ago.

Murphree said Florida growers are suffering from a “greening disease’’ in their orchards that has affected production and even resulted in the loss of trees.

“If we can’t get a handle on that, we may be having to drink apple juice for breakfast,’’ she said.

Egg prices also are on the increase, though nowhere near at the rate of some other commodities.

And then there’s the white bread for toast.

Murphree said her shoppers found the typical cost of a 20-ounce loaf at Arizona stores was $2.81, double what it was just three months ago.

“That one kind of stumped me, also,’’ she said.

One complicating factor in figuring out why, Murphree said, is that this highly processed product passes through a lot of hands, from the farmer all the way to the grocery store shelves, meaning anyone along the line could be boosting costs.

She stressed that savvy shoppers can end up paying a heck of a lot less, not only by using coupons but also by taking advantage of the “affinity cards’’ offered by most grocery chains that give special discounts to members.

Editorial: Good news: Arizona's food prices decline
Thanksgiving food prices down from 2015
Williams businesses featured on ABC15 Smart Shopper
Out of the Past
It really should not take two hours to make cornbread salad
Event Calendar