Vikings and Spartans hit the court for summer hoops 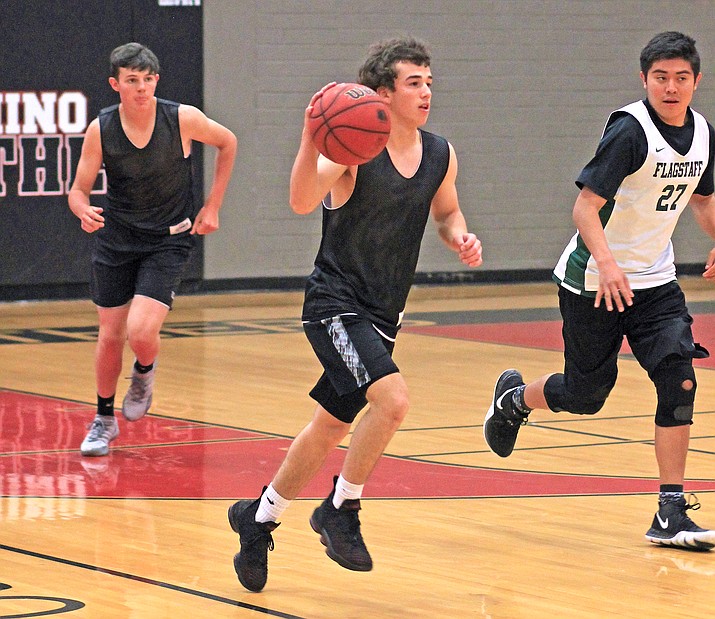 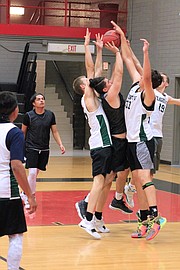 Luis Lara runs into traffic under the hoop in a game with Flagstaff High School June 10. (Wendy Howell/WGCN)

WILLIAMS, Ariz. — There’s no rest for the Williams Vikings and Ash Fork Spartans basketball teams as the hoopsters hit the hardwood this summer to prepare for the 2019-2010 season.

According to Vikings head coach Troy Mortensen, the team is practicing two to three days each week and during the month of June the team is participating in the Coconino High School Summer League program.

Mortensen said participating in the league is beneficial for the Williams High School program. 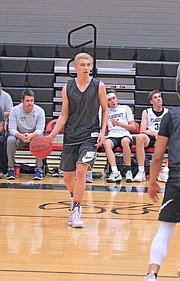 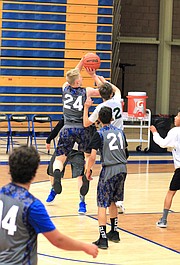 “We’ve had a really good turnout, 10-12 boys at every Monday and practices. Seems like everyone is pretty excited about playing,” he said. “I just want to get in some good playing time and some games.”

Mortensen said he is focusing on skills and team development at the practices and games and anticipates wrapping it up once football officially begins.

“Most are doing multiple sports, which is good,” he said. “It’s a small town, that’s what you’ve got to do.”

Mortensen said the time spent in the summer helps the team gain more confidence in the regular season.

“It keeps them in basketball shape and keeps them on top of things,” he said.

Mortensen said playing against larger schools like Flagstaff and Coconino is a good experience for the team.

“It’s good for the players to see what they’re talent level is compared to other kids,” he said. “They might need to step up and battle through.”

Mortensen said it’s also beneficial to play teams such as Northland Prep and Sedona, who are similarly sized schools.

“Those games are usually a little bit closer, but overall it’s a really good thing for the boys,” he said.

Mortensen said once the Coconino Summer League ends, the team will continue to practice at the high school and participate in occasional games with other schools.

The Vikings have several returning players from the varsity team last year and Mortensen said they will be the heart of the program this year. They include seniors Caleb Betz, William McMenamin, David Lozano, Xavier Leonet, Angel Ayala and John Bryant; juniors Zain Grantham, Luis Lara and Ceaser Santana. Mortensen said he anticipates some good play out of new sophomore additions Preston Ford and Oryn Orozco.

McMenamin led the league in scoring last year with 554 points, averaging 21.3 points per game. Betz and Lozano missed most of the 2018-2019 season due to injuries.