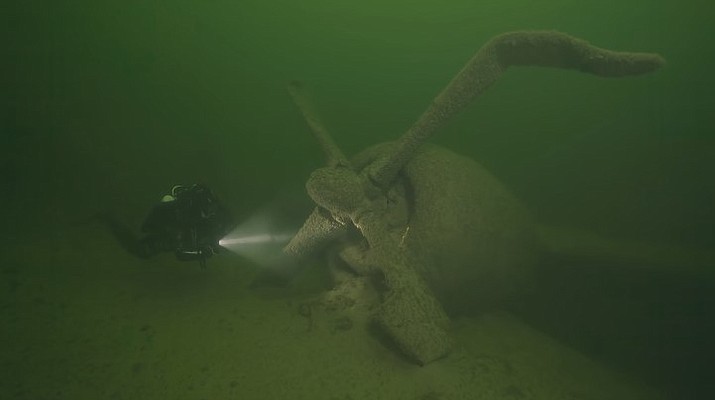 A diver from NPS' Submerged Resources Center assesses the B-29 for natural deterioration and any damage potentially done to the wreckage by divers. (Photo/NPS) 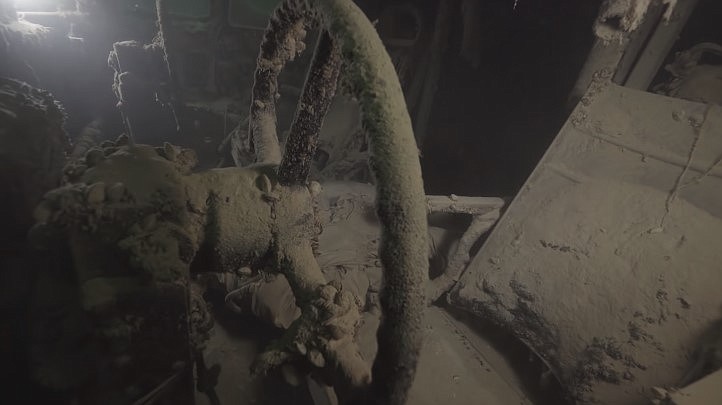 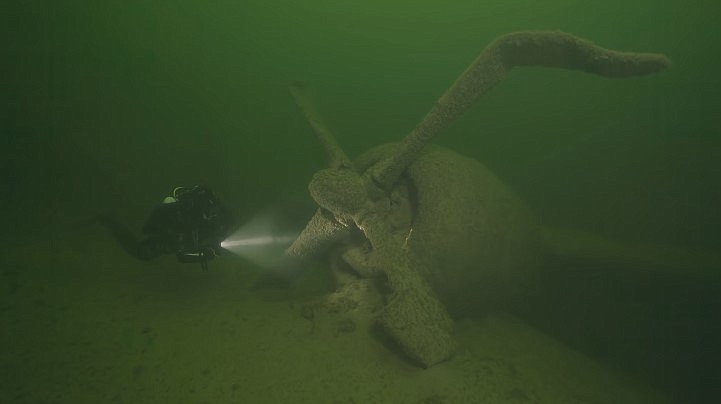 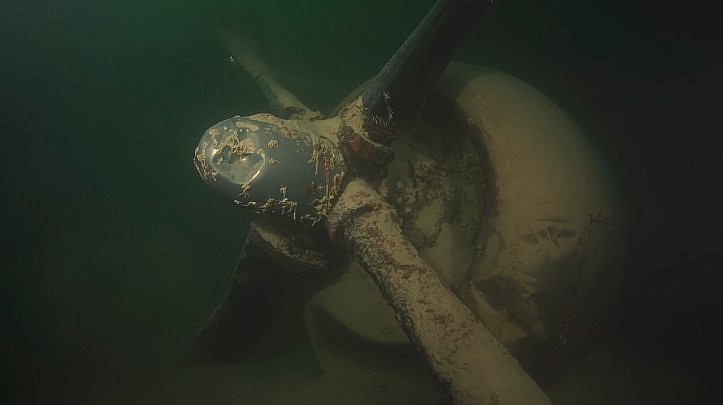 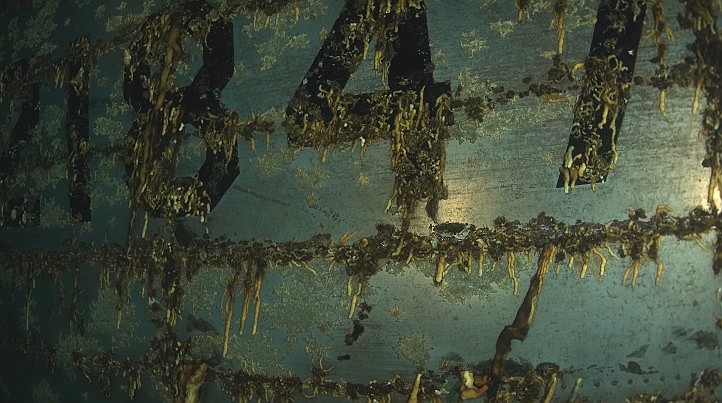 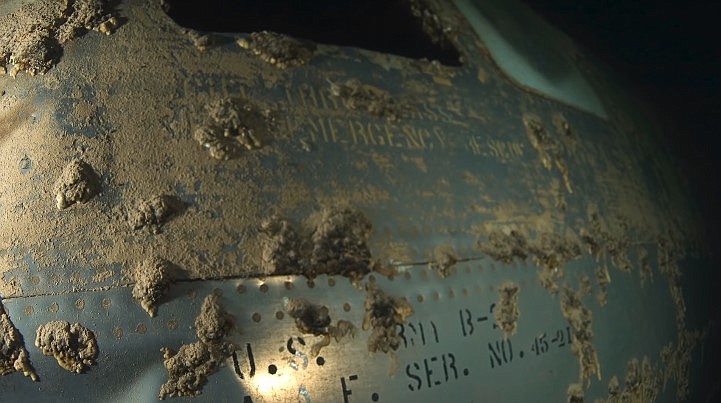 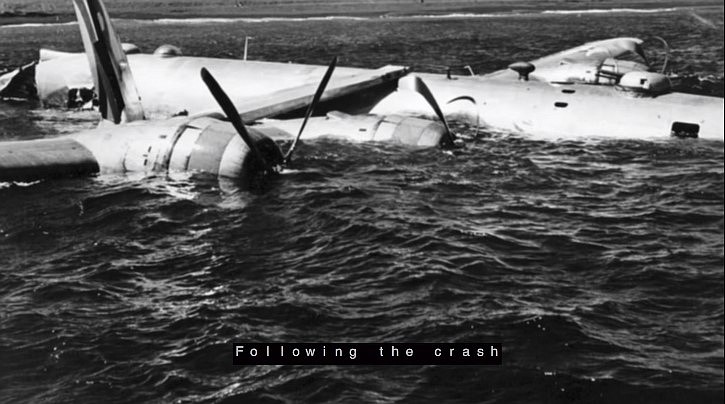 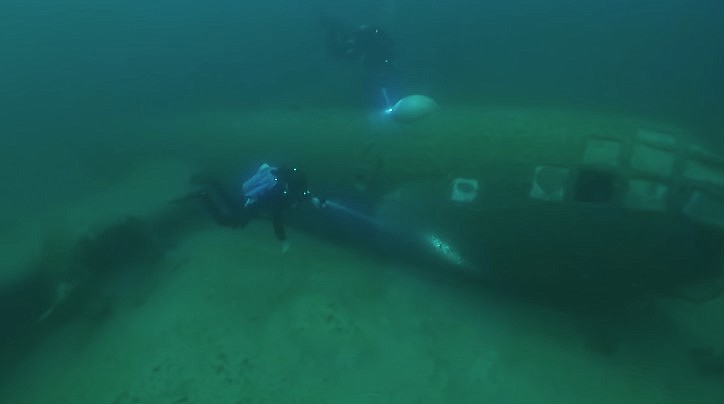 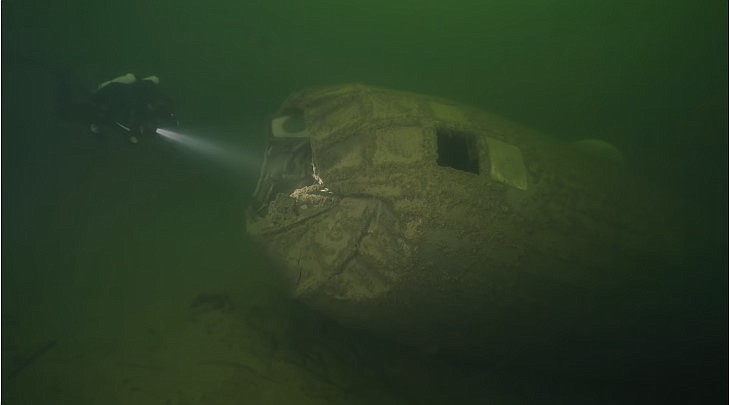 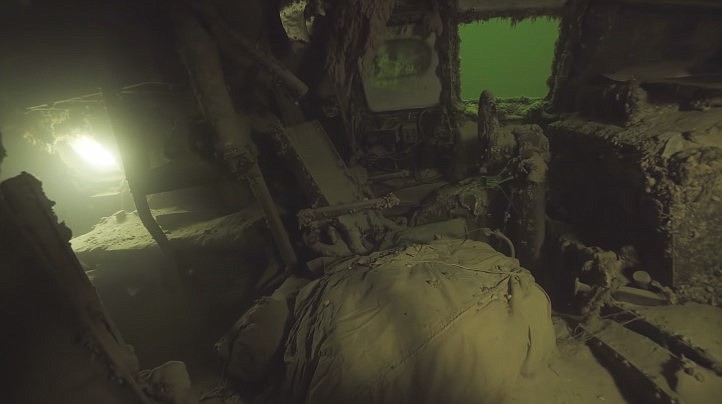 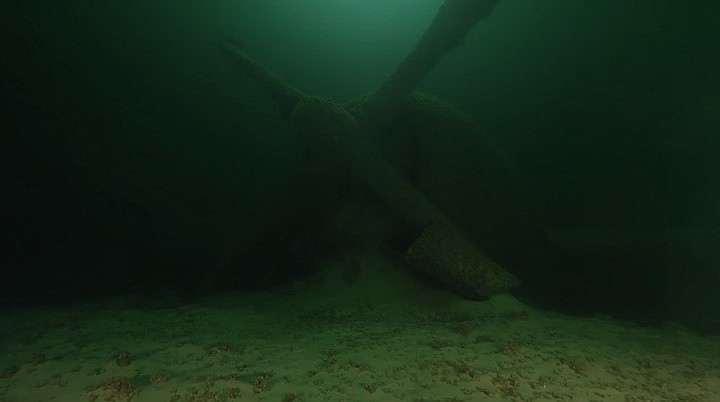 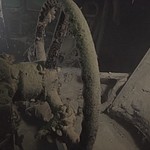 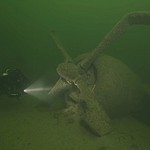 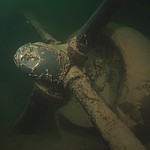 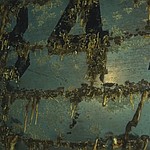 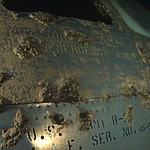 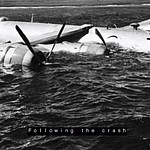 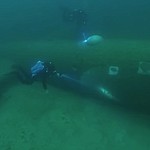 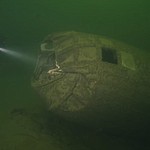 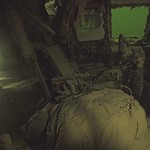 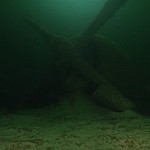 LAKE MEAD, Ariz. — Resting in the murky depths of Lake Mead is a piece of American history that saw a change in wartime strategy: a plunge from the height of World War II to a creeping decades-long Cold War with the then-Soviet Union.

A B-29 Superfortress lies at the bottom of the Overton Arm of the country’s largest reservoir after crashing during a top secret test flight in 1948.

As America anxiously watched war simmer and then break loose in Europe in the late 1930s, officials at the U.S. Army Air Corps realized they had a problem. The B-17 Flying Fortress aircraft, while effective at bombing mainland Europe targets, would be of little use in the rising Pacific Theater.

As early as 1938, Boeing began working on a plane that could carry a bigger payload farther. The design components were complex: the so-called superbomber had to be pressurized in order to bomb strategic targets from a higher altitude to avoid anti-aircraft fire and required airspeed to outrun Japanese fighters.

Because of these challenges, the B-29 was a latecomer to the war, arriving in airworthy condition only about a year and a half before Japan surrendered Sept. 2, 1945. The final model could reach an altitude of more than 30,000 feet and flew at a speed of about 350 mph — Japanese fighters could barely attain that altitude and were still unlikely to keep up with the Superfortress if they did.

Its arrival hastened the end of the conflict: the Enola Gay and Bockscar B-29s were responsible for dropping the catastrophic atom bombs on Hiroshima and Nagasaki a month earlier.

The Lake Mead B-29 by Lake Mead

From the ceiling to the depths

After the war ended, the air corps continued to use the B-29 Superfortress during the Korean War, but many of the bombers were repurposed for other uses, including plane #45–21847, now lying on the floor of Lake Mead.

According to the National Park Service’s Submerged Resources Center website, the plane was stripped of its defensive armaments, including its many guns, and repurposed by the Upper Atmosphere Research Project.

If that sounds about as top secret as a weather satellite, it wasn’t.

Because the bombers were the first combat planes built with pressurized cabins to fly at high altitude, they made a perfect test plane for the military’s development of one of the first guided missile systems. Captured German V2 rockets were devastating, but their guidance systems were crude and the military began researching what it called Sun Tracker. Sun Tracker would allow the missiles to position itself by using the sun as a reference point.

The maneuvering for the system was brutal — it required the B-29 to climb to an altitude of 30,000 to 35,000 feet and then descend to as low as 100 feet quickly after. The largely empty lands of the southwest provided a perfect testing field for these maneuvers, including the ones held July 21, 1948 over Lake Mead.

Describing the incident, NPS stated the plane began at about 30,000 feet and was flying at different levels performing upper atmosphere tests. At one point, a chief scientist on the mission requested the pilot to fly as low as possible, and the pilot began a descent over Lake Mead. The NPS indicated weather conditions were clear and sunny with little wind.

The exceedingly calm conditions are likely what caused the B-29 to crash.

The smooth, glass-like appearance of Lake Mead reflected the sun back up to the cockpit, causing the pilot to lose depth perception and crash the plane into the surface of the lake at about 230 mph. The impact ripped off three of the plane’s four engines and caused it skip across the surface like a flat stone. When it finally came to a rest after about half a mile, it started to sink. Neither the pilot nor the crew members were seriously harmed after the impact and all were able to escape the sinking wreckage on life rafts. They were rescued about six hours later, according to NPS.

The plane, while originally marked for salvage, was instead written off and left on the floor of the lake some 300 feet below.

Although the military and NPS had a general idea of where the plane rested, it wasn’t found for more than 50 years.

In 2001, a private group of divers located the wreck in the Overton Arm using sidescan sonar to search the lakebed. In 2003, its position was discovered by NPS: It is located inside Lake Mead National Recreation Area and has subsequently been named a National Historic Landmark.

After the wreck was located, NPS assessed its condition with a remote-controlled submersible, and sent divers to the site to make a further assessment. When it sank in 1948, the wreckage rested in around 300 feet of water. The lake has been receding since, but the dive remains challenging. Today, it lies at about 110 feet below the surface.

Lake Mead spokeswoman Christie Vanover said SRC divers periodically monitor the site to assess the natural damage, although the wreck is still remarkably intact. Peering into the empty cockpit, the co-pilot’s headset is still hanging loosely in its place. Between the seats is a parachute that got stuck that day as one of the crew members tried to evacuate and had to be cut free.

Vanover said NPS divers only assess the site for deterioration and don’t perform any other conservation work on the site.

“The dive is very technical and requires a very high skill level,” she said. “Divers have a limited amount of time at the site. (The plane) is way too fragile to touch … fabric covering the metal would deteriorate.”

Vanover said divers keep an eye out for natural damage to the wreck, such as deterioration from increased sun rays now that the lake has lost capacity and the invasion of quagga mussels. Once clear, the plane is now encrusted with the pistachio-sized shellfish which actually burrow into the aluminum to attach themselves. The SRC said there is no way to remove them from the wreck without further damage and no way to keep them from reattaching.

SRC divers also make sure that recreational divers who visit the site on guided dives aren’t causing harm. The park has allowed limited permitted dives over the years and is currently seeking public comment on allowing them to resume after discontinuing them in 2017.

The permit NPS is considering would specify technical qualifications for dive master, dive guide, and diver, the client-to-guide ratio, the number of client dives per month, NPS monitoring of diving activities, and adjustment of the requirements of the CUA in response to changes in the condition of the site. The condition of the site is assessed by an NPS underwater archeological team at least twice per year.

Comments can be made at https://parkplanning.nps.gov/document.cfm?documentID=95870 or via mail to Lake Mead National Recreation Area, B29 CUA, 601 Nevada Way, Boulder City, NV 89005. Comments will be accepted through June 30, 2019.