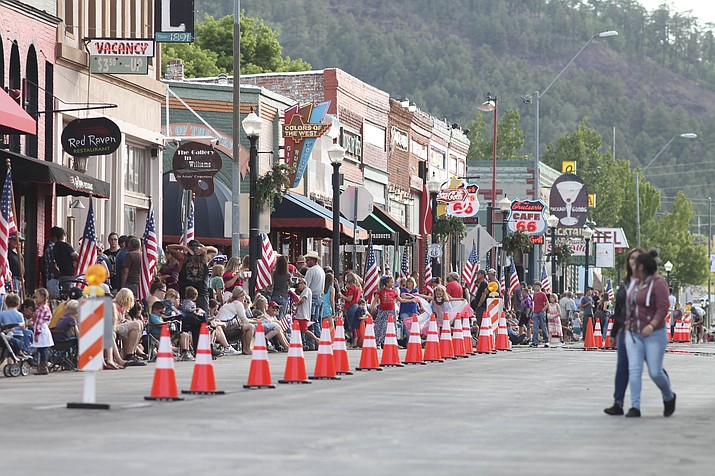 Applications to participate in the 2019 Williams Fourth of July parade are being taken until June 28. (Loretta Yerian/WGCN)

WILLIAMS, Ariz. — Applications are being accepted for the 2019 Williams Fourth of July parade until June 28.

This year’s theme is “It’s a Grand Old Flag” and organizers expect a big turnout. Parade announcers are Bill Sutton and Rob Krombeen. Rodger Ely will be the 2019 Grand Marshall.

Last year’s parade garnered 50 entries with hundreds of bystanders joining in on the celebration.

The parade begins at 6 p.m. on July 4 and will be followed by fireworks later that evening.

Organizers said “Get your creative juices flowing and think Flags, Stars and Stripes!”

The year’s parade is being organized by the Williams Parks and Recreation Department and applications are available at the Williams Rec Center, the Williams Visitor Center, the City of Williams or by email at mwalker@williamsaz.gov. Any questions about the parade can be directed to Michelle Walker at (928)635-1496.