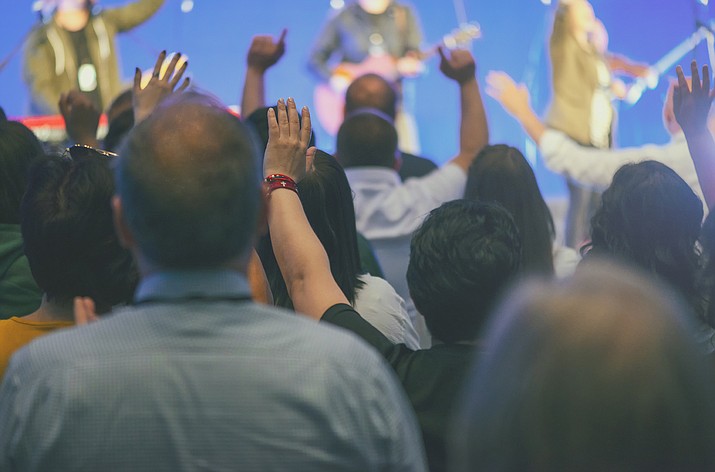 Opening prayers will begin at 11 a.m. at the Babbitt-Polson Community Stage behind the Williams Visitor Center. (Adobe/photo)

WILLIAMS, Ariz. — A number of Williams residents plan a special Fourth of July prayer with prayers for world peace, the nation, community and other matters, according to event founder Lucy Adams. Opening prayers will begin at 11 a.m. at the Babbitt-Polson Community Stage behind the Williams Visitor Center.

While the prayer vigil is for anyone who wishes to attend, Adams extended a special invitation to members of the military who may be in Williams to celebrate the country's Independence Day. The vigil is designed in a non-denominational manner for people of all faiths.

"I’ve been putting up flyers all over town," she said. “We’ve been doing this since 2001. I’ve invited every church in town.”

Adams said the first year had 10 participants, but it has grown significantly since then.

“Tony Torrez was instrumental in getting this going, and I was hoping he would be here this year,” Adams said. Torrez passed away this winter.

Adams said the reason for the community prayer is to bring people together to pray for the nation like our forefathers would do.