Fireworks and parade planned for Fourth of July in Williams 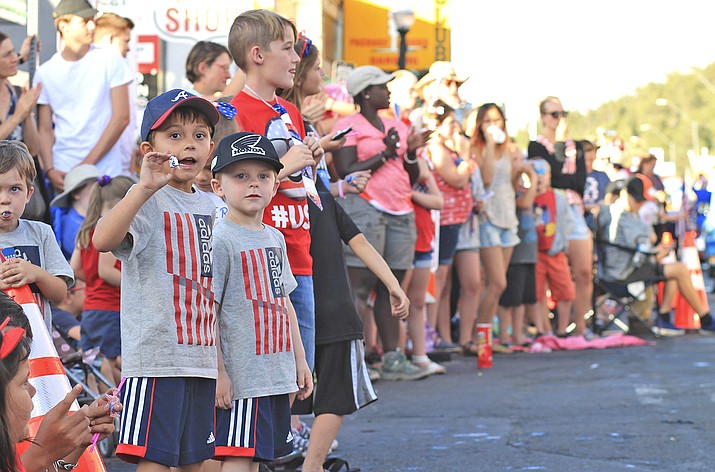 The city of Williams is hosting fireworks and a parade to celebrate the Fourth of July this year. (Loretta Yerian/WGCN)

WILLIAMS, Ariz. — After a hiatus last year, fireworks are set to return to Williams this Fourth of July.

According to Mayor John Moore, the city plans to go ahead with its fireworks show because of the lower danger of wildfires following an extremely wet winter.

The Williams Volunteer Fire Department will oversee the fireworks and will continue to monitor the fire danger prior to the show in conjunction with fire specialists with Kaibab National Forest.

Moore said the city feels comfortable bringing the fireworks program back to Williams after a winter of heavy precipitation and a good location for the launching.

Fireworks were discontinued for 10 years after a 2007 fire incident.

During that 2007 incident, fireworks were launched near the city’s waste water treatment plant and within five minutes of the beginning of the show, five spots fires were ignited in the Flat Rock area.

Moore said past Fourth of July events have drawn thousands to the Williams area.

In addition to the fireworks, volunteers have organized a parade with numerous activities.

Moore said the city plans to begin activities at noon, which could include a cookout, Wild West shows, a talent show or a battle of the bands. He said the annual parade will begin around 6 p.m. and the fireworks display will begin after dark.

Moore said he is looking to local businesses and residents to help with the activities and anticipates a large turnout for the event.