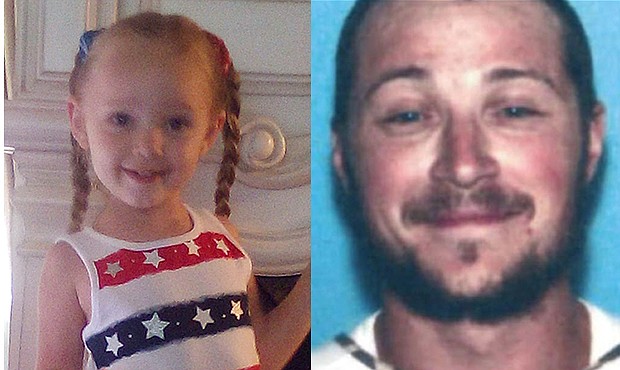 Gracelynn Scritchfield and Arlie Edward Hetrick III may have been seen in Williams. An Amber Alert has been issued for Scritchfield. (Photo/DPS)

WILLIAMS, Ariz. - Sightings of a suspect and child that an Amber Alert was issued for last week, have not been confirmed in the Williams area.

According to Williams Police Department, a possible tip from a citizen who reported having contact with Arlie Hetrick at a gas station in Williams around July 20 have not been confirmed.

Hetrick is believed to have kidnapped his four-year-old daughter, Gracelynn June Scritchfield from West Virginia. Gracelynn was last seen July 6 and is considered to be in “extreme danger.”

An Amber Alert was issued for the pair July 22.

Hetrick, has brown hair, blue eyes, is 5'9" and weighs 140 lbs. He may be driving a gold 2001 Subaru Forester with West Virginia license plate number 1TH163.