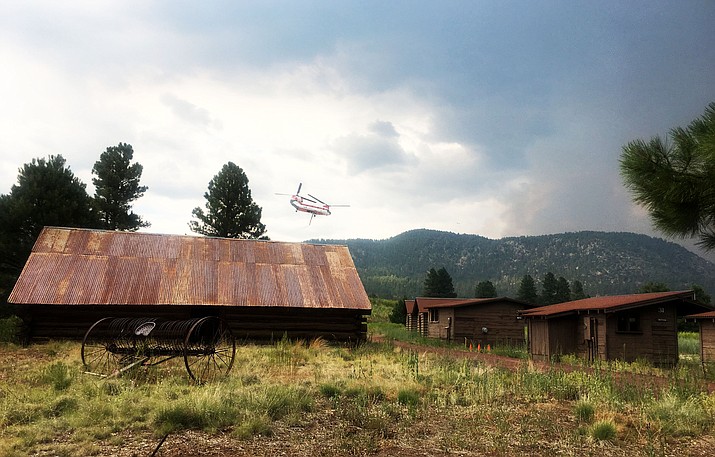 A helicopter departs the Museum of Northern Arizona to sling-load a bucket of water on the Museum Fire July 23. (Katy Locke/NHO)

FLAGSTAFF, Ariz. (AP) — Residents ordered to evacuate more than two dozen homes because of an Arizona wildfire can return.

Authorities said Wednesday that the fire is no longer an imminent threat. The residents of Flagstaff were told to leave Monday evening so that firefighters could work to starve the fire of fuel.

The Coconino County Sheriff's Office said the evacuated residents can return home Wednesday afternoon. They'll be required to check in with deputies and show identification.

About 5,000 people remain on notice they may have to flee.

Officials say the fire is human-caused but don't know exactly how it started.