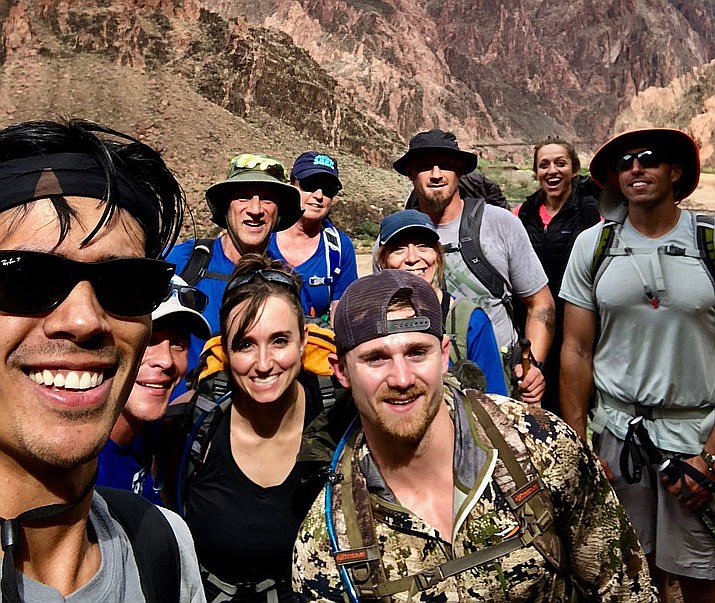 PRESCOTT, Ariz. — For the second year, the Launch Pad Teen Center hopes to be on the receiving end of adventure-minded benefactors willing to combine a rim-to-rim hike of the Grand Canyon with asking for donations to allow area teens to pursue their own adventure opportunities.

Called the Trek for Teens, the center’s trip for a group of interested adult community members and business leaders is scheduled for Oct. 5 and 6. A charter bus will take the participants from Prescott to Jacob Lake campground where they will spend the night, enjoying a catered meal and drinks before the trek begins the following day on the North Rim.

Those who might be interested in becoming one of this year’s Grand Canyon “trekkers” can do so by meeting a fundraising minimum goal of $500 for individuals and $1,000 for businesses. Businesses who meet the minimum goal before the first week of September will have their logo featured on the official Trek for Teens T-shirt, according to a center news release. The top fundraising businesses also will receive a plaque for display in their business office.

In a news release, founder and Executive Director Courtney Osterfelt explained that this adult adventure is a chance to enable teenagers from the greater Prescott area to experience the outdoors and nature in ways that will reverberate as they move from adolescence into adulthood.

“The Trek for Teens fundraiser plays a critical role in helping give local teens opportunities they might not otherwise have the means (financial or situational) to experience,” the release states. “Through the Launch Pad’s Adventure Programs, area teens attend weeklong outdoor adventure camps during school breaks, and weekly adventure activities during the school year.”

Some of these camps and activities can be both expensive and time-consuming, but the center aims to offer these chances to all teens through scholarships that offset the costs to those who choose to do so, the release said.

The center’s mission through all of its programs — be it a canoe trip, after-school tutoring, a music concert or a chance to simply hangout with fellow teens in a comfortable atmosphere — is to “incite teen confidence and empowerment through innovative community engagement and education.”