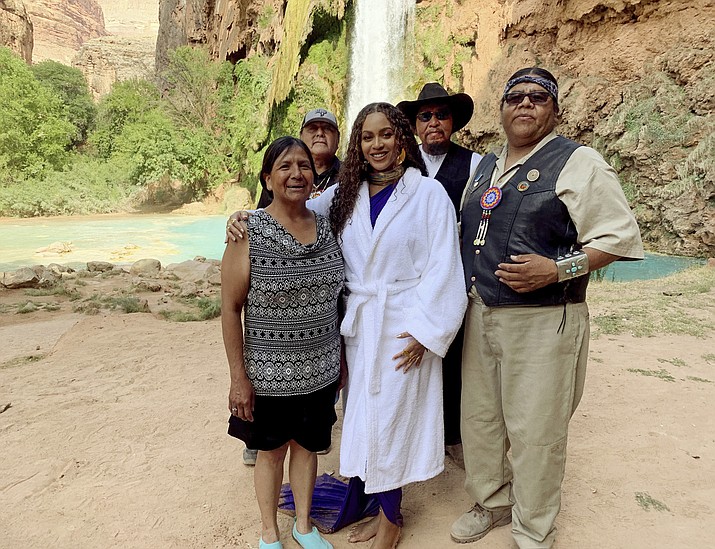 SUPAI, Ariz. — For a few hours, Beyoncé had a famed blue-green waterfall in northern Arizona to herself.

The Havasupai Tribe says it was honored to grant the singer's request to film part of her latest music video on its reservation deep in a gorge off the Grand Canyon.

Tribal Chairwoman Muriel Uqualla says it's a testament to the beauty of the tribe's homeland.

Some campers weren't feeling the love when the popular Havasu Falls was closed off for hours. Permits to hike there sell out quickly each year.

Beyoncé's song, "Spirit," is featured in the live-action remake of "The Lion King," which opens this week in movie theaters nationwide. She voices lioness Nala.