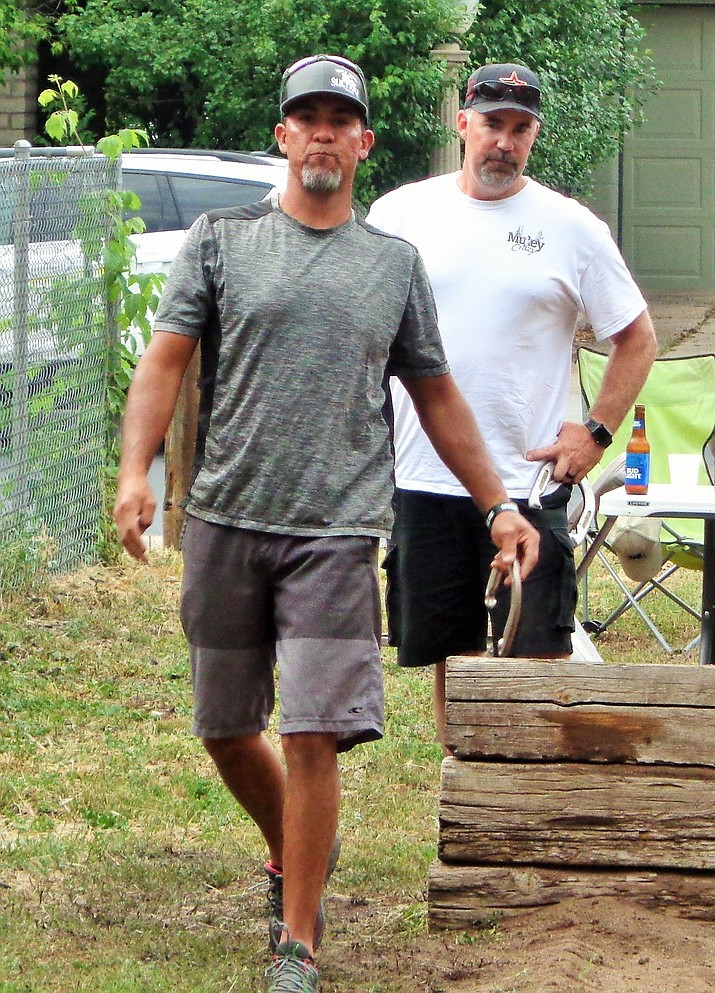 Eddie Aguilar aims for a ringer as Lee Payne awaits the outcome during the July 14 horseshoe tournament at the American Legion. (B. Garibay/WGCN) 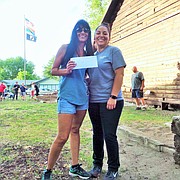 The tournament, held at American Legion Cordova Post 13 began with 24 teams of two tossing iron horseshoes 40 feet through the falling rain in hopes of a three point landing around an elusive steel stake. While the amicable competition was taking place over three separate pits, spectators and families enjoyed pulled pork sandwiches, cold drinks and the hometown hospitality of the American Legion.

As the hours of the day faded away, the number of competitors remaining in play thinned to fierce matchup between local residents Jeff Dent, Tell Eckle, Elizabeth Tanori and Michelle Barnes. The best two out of three championship match featured two undefeated teams. The game one lead bounced and slid from team to team until it was narrowly taken by the dynamic play of Tanori and Barnes. Game two was riddled with the same intensity as the score leapfrogged form side to side; but it would all come to a screeching halt with a game ending ringer by Tanori.