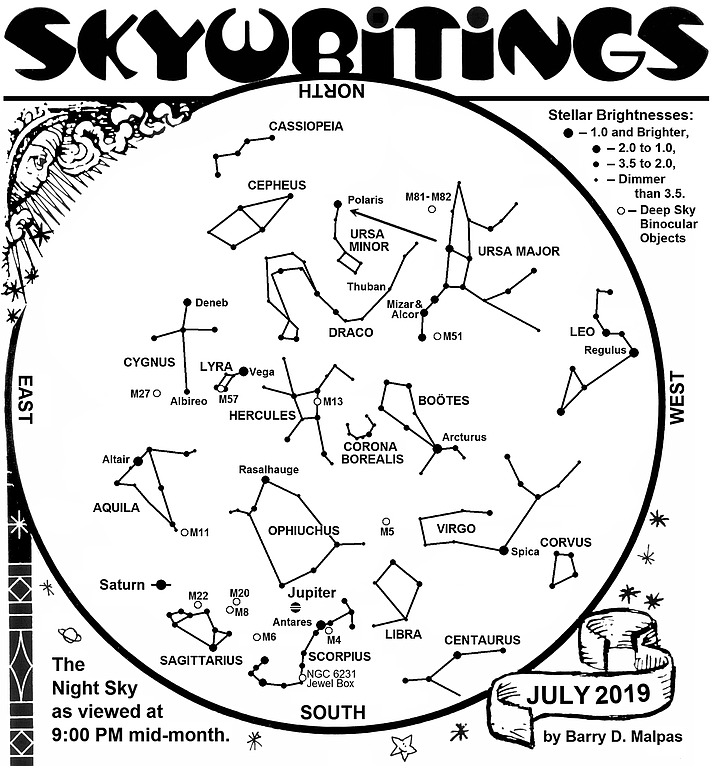 The largest and one of the most interesting to observe planets in our solar system is Jupiter, which contains about two and a half times the mass of the other seven.

But Jupiter’s size is not the reason for its viewing popularity. It is because it appears very bright in the night sky, exhibits some planetary atmospheric banding features and has four of the largest satellites in the solar system which can easily be viewed even with just a good pair of binoculars. In fact, changes in the orbital motions of some of the moons around Jupiter can be observed in a single evening.

Although Jupiter can now boast 79 natural orbiting satellites, its four greatest moons are known as the Galileans, all of which were discovered by Galileo Galilei in 1610. However, there was a German astronomer, Simon Mayr (often Latinized as Marius, 1573-1624) who independently observed them within a few days of Galileo and who gave them the names we use today: Io [eye-oh]; Europa [you-row-pa]; Ganymede [ga-ne-mead]; and Callisto [ka-liss-toe], named for various characters in the pantheon of Roman mythology associated with the supreme god Jupiter.

But other than their orbits, masses and a few other statistics, there was little known about the moons that could be deduced from our Earth-based observatories several hundred million miles from the great gas giant. That is until fairly recently, when the Galileo spacecraft, launched in 1989, arrived at Jupiter six years later. It spent the next eight years studying the Galilean moons, along with several others and Jupiter itself. Astronomers are still interpreting the vast amount of data today. So, what has the Galileo spacecraft uncovered?

Io, the innermost of the Jovian four, is the most geologically active object in the solar system with over 400 active volcanoes. It has over 100 mountains, some of which are taller than Mt. Everest. Visually, the surface looks not unlike a large cheese pizza. But it is composed of a silicate rock surface over an iron/iron sulfide core with a thin atmosphere composed mostly of sulfur dioxide. The volcanic activity is reminiscent of early Earth and is caused by its close proximity to Jupiter’s massive gravity.

Europa is the next Galilean moon out from Jupiter with one of the smoothest surfaces in the solar system. It appears bluish-gray with large tan regions. The lack of craters is attributed to the surface being young and tectonically active. It is primarily made of silicate rock with an iron core, and has a thin atmosphere of primarily oxygen. Its surface consists of a layer of water surrounding the mantle which is theorized to be about 60 miles deep. The top section is solid ice, while the lower region is believed to be liquid water, made warm because of heat energy and tidal flexing. If true, it could be possible that some form of extraterrestrial life could have evolved within this subsurface ocean, possibly like those that exist near Earth’s deep-ocean hydrothermal vents.

Next is Ganymede, which appears light-gray with lighter impact markings, and is the largest moon in the solar system. While it is bigger than the planet Mercury, it is composed primarily of silicate rock and water ice, and is only half as massive as Mercury. A salt-water ocean is also believed to exist about 125 miles below Ganymede’s surface. Ganymede has many craters, most of which are covered in ice. It has a thin Oxygen atmosphere that also includes ozone and some hydrogen. Unlike all the other moons in the solar system, Ganymede is the only known satellite to possess a magnetic field, likely created through convection within its liquid iron core.

Last is Callisto. This moon is also heavily cratered, the largest of which is almost 1,900 miles wide. It appears a very dark gray with lighter markings on its surface, and is surrounded by a very thin atmosphere composed of carbon dioxide with some oxygen. It could also have a subsurface ocean at depths on the order of 60 miles deep. Callisto has been considered the most likely location for a human base for future exploration of the Jupiter system since it is furthest from Jupiter’s intense radiation.