The Fuller Center for Housing rides through Williams to Canyon 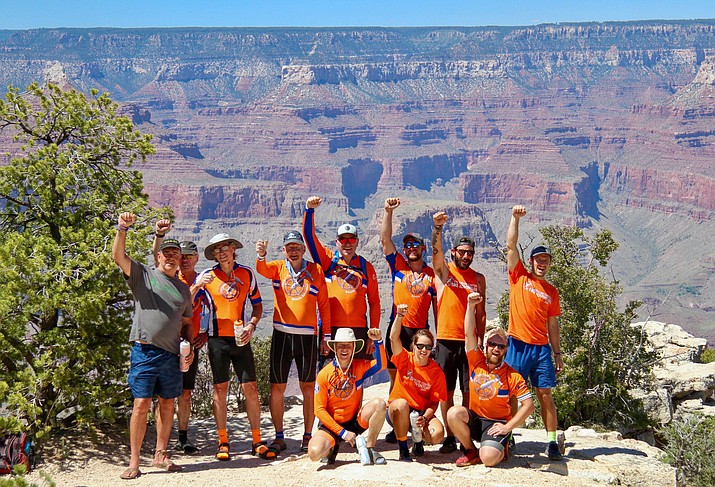 WILLIAMS, Ariz. — Riders with The Fuller Center for Housing enjoyed a hot meal and spent the night at St. John’s Episcopal-Lutheran Church in Williams June 28. The bikers are riding to raise money for affordable housing worldwide.

Riders are from all parts of the U.S. and will raise money and awareness of affordable housing needs during their travel.

While some groups ride across the U.S., this group is on a tour of some national parks.

“We spent three nights camping in the Grand Canyon and are headed to Colorado this week where we will have our first build day of the summer,” said Courtney Fields, a representative of the Fuller Center who was with the group that stopped in Williams. “This group is called “Parks & Peaks,” which is a 4,000 mile loop through many of the major Western National Parks. This weekend we will reach Monument Valley and Arches National Park.”

Fields said the group has currently raised around 70 percent of its goal for the year. They have five weeks left and another group biking from Seattle to Washington D.C.

The Fuller Center is a Christian organization but are ecumenical — they do not belong to a specific organization.

More information or to make a donation is available at www.fullercenter.bikeadventure.org.