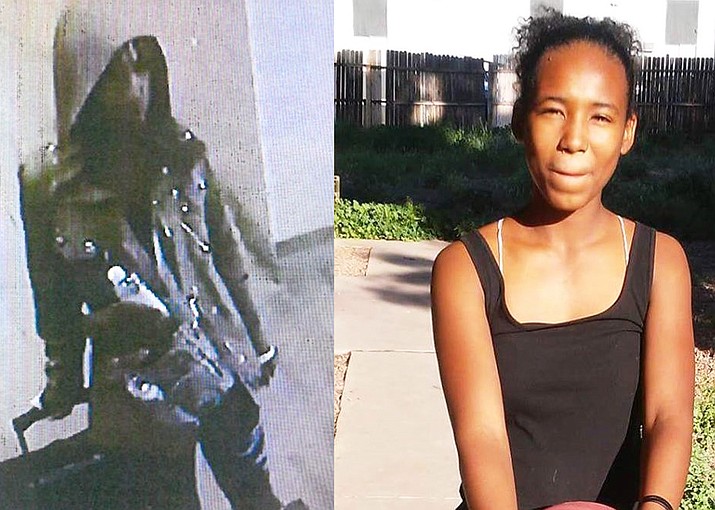 WILLIAMS, Ariz. – On June 18, 15-year-old Mercedes Saenz ran away from her family's home in community of Red Lake which is north of Williams.

A local resident couple reported Mercedes walking up to their house asking for water and a ride into the city of Williams. Mercedes told the couple her mother was in Williams and they drove her to the Quality Inn. Staff at the Quality Inn later confirmed Mercedes had come inside asking how to get to Phoenix and was provided with phone numbers for taxi and shuttle services. Another citizen later reported seeing Mercedes hitchhiking in Williams. The citizen gave Mercedes a ride to Ash Fork. Mercedes was last seen walking toward the junction of Highway 89 and Interstate 40 in Ash Fork.

Mercedes has been known to use multiple names. She may provide the name of Takyra Jamerson or Jane Saenz. Mercedes has contacts in Phoenix and it is believed she may have hitchhiked from the Ash Fork area to Phoenix. At this time, Mercedes is being sought in order to check her welfare and return her to the custody of her family.