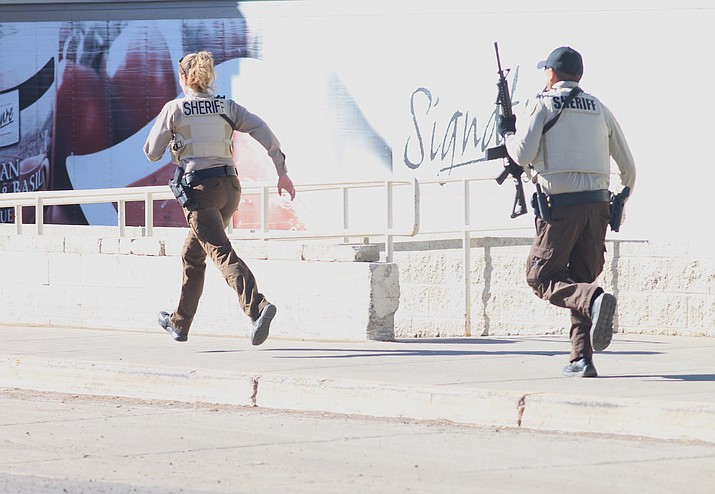 Coconino County Sheriff's Office deputies establish a perimeter on Route 66 in Williams. Officers are in a stand-off with an armed subject in a vehicle.

Officers are still on scene near Safeway. Students have been released from Williams schools. Buses are running about an hour behind schedule. Parents may pick up their children, or students may walk if prearranged. Police advise people to avoid the area as a wide perimeter has been established.

The scene at Safeway remains unchanged. Williams schools are still on lockdown and will remain closed until the all clear is given by law enforcement.

Northern Arizona Tactical Team (SWAT) is currently on scene of an armed subject, barricaded inside his vehicle in the area of the Safeway grocery store in Williams. At this time, no shots have been fired. There are no reports of injuries. A perimeter has been established and negotiations with the person are ongoing.

Schools are still on lockdown. CCSO SWAT team is on scene.

Currently there is a police situation near Safeway on Route 66 in Williams. According to Williams Police Chief Herman Nixon, officers are dealing with an armed suspect wanted for kidnapping. He has barricaded himself in his vehicle. Coconino County Sheriff's Office is taking the lead on the case and is awaiting SWAT to assist. At this time, people are asked to avoid the area. Safeway is closed and people are being turned away. Williams Unified School District, including Williams High School and Williams Elementary-Middle School is on modified lockdown - students are locked in their classrooms, exterior doors are locked and no students may leave the building until further notice.

Williams Police assist with an incident on Route 66 in Williams. A man wanted for kidnapping has barricaded himself inside his vehicle. Coconino County Sheriff's Office is taking the lead on the situation. (Loretta Yerian/WGCN) 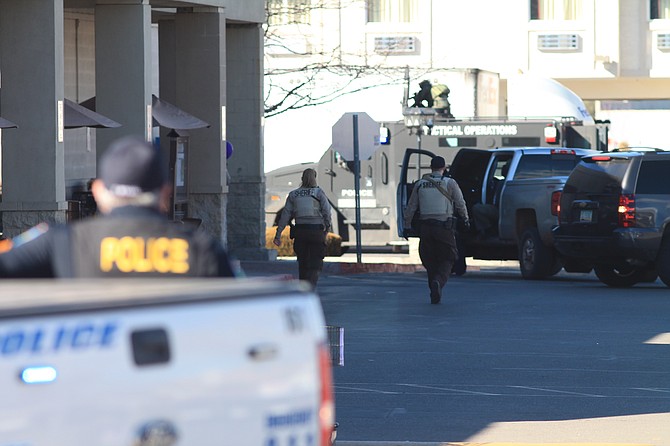 Northern Arizona Tactical Team (SWAT) is currently on scene of an armed subject, barricaded inside his vehicle in the area of the Safeway grocery store in Williams. (Loretta Yerian/WGCN)