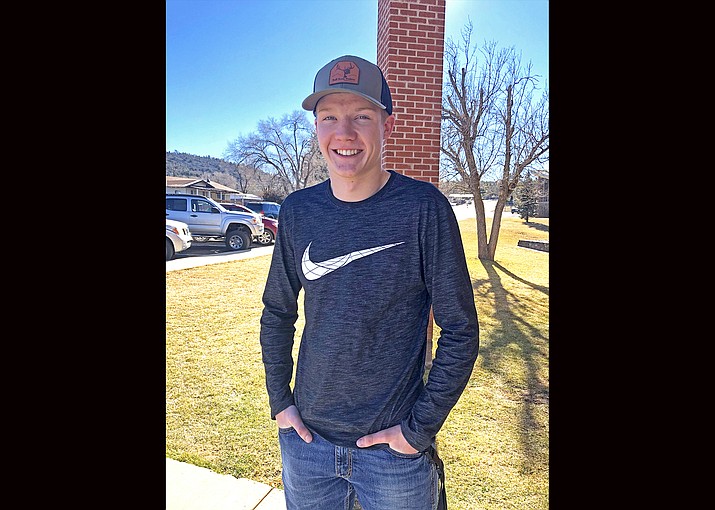 Carsten Brinkworth is a senior at Williams High School.

Carsten Brinkworth has been at Williams High School since his freshman year.

At the high school he has played four years on the baseball team and he played basketball for one year.

He has participated in welding and law enforcement classes. His favorite classes have been his history and math classes. “Mrs. Monty makes it interesting and fun,” he said.

He also likes his weight classes.

He said Mr. Hatcher and Mr. Brownlee have been encouraging to him.

Carsten has been accepted to several colleges but hopes to join the Army where he can learn to fly helicopters. He would like to do utility work.

If he could go on a road trip he would take Joe, Frankie, Mario, Zain, Caesar and Luis.