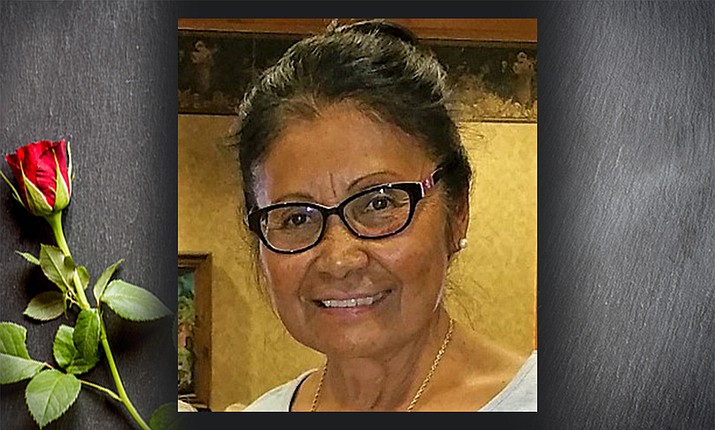 Lita was born on March 26, 1947 to Tomas and Maria Taguba in Estafania Amulung, Cagayan, Philippines. As the first child and eldest daughter, she was named Estrellita which means "Little Star" - a reflection of her brilliant determination, intelligence and deeply grounded faith during her 71 years on earth. She and her family immigrated to Hawaii in July 1961 and she became a citizen in July 1962. This new beginning shaped her life-long belief that to whom much is given, much is expected. And she gave back again and again.

Mike and Lita met while both worked for the United States Navy at Pearl Harbor, Hawaii. Their marriage was initially questioned by both families until they all realized what a wonderful couple they made and all the families grew close over the years. The couple honeymooned in Maine and celebrated their 46th wedding anniversary last September.

After leaving the Navy, both Lita and Mike took jobs with the National Park Service working at one of the wonders of nature - the Grand Canyon - for 35 years before retiring and moving to Williams. Lita loved animals and was often seen running along the Canyon rim with their beloved German Shepherd "Hance" who was also fond of flying in the backseat of small airplanes. Later, Lita adopted a lovable beagle named "Snoopy" who gave them much love and enjoyment.

Lita was simply a wonderful woman with endearing human qualities. So many words and phrases come to mind: warm hearted, hard working, humble, selfless, delightful, very generous, unquestioned integrity, compassionate, incomparable, humorous, incredibly personable and our guiding light. She was totally dedicated to her family and to Mike's family. There was never a moment when her presence failed to bring wellness and hope to those she cared for. Always smiling and laughing, she was good natured in her relations with family and friends - a peacemaker in her family when it came to squabbles among the children. She had a touch of magic when it came to settling family issues. As an older sister and "second Mom", she cared for her younger siblings all the way to adulthood. It took strength and perseverance when she worked three jobs to help her brother through college. As an aunt, she looked after the nieces and nephews - helping them with their school work, driving them to their school activities, volunteering at their schools, cooking for their families and always checking on them to ensure they were safe and protected. This was the true mark of her character as the star who shined over those she cared for - to help lead them to safety and success.

Lita was also known as a phenomenal cook who loved to prepare large tasty meals. She operated a catering company for several years that specialized in Asian dishes and later made goodies to sell at farmer's markets and other special events. Lita had a green thumb, loved watching the birds through her kitchen window and taking care of animals as well as all the people she encountered. She was a person of deep faith and a communicant of St. Joseph the Worker parish in Williams and volunteered in many church activities.

She may have been small in stature but, like a star, her light will never dim and will be felt forever. She will be loved for eternity.