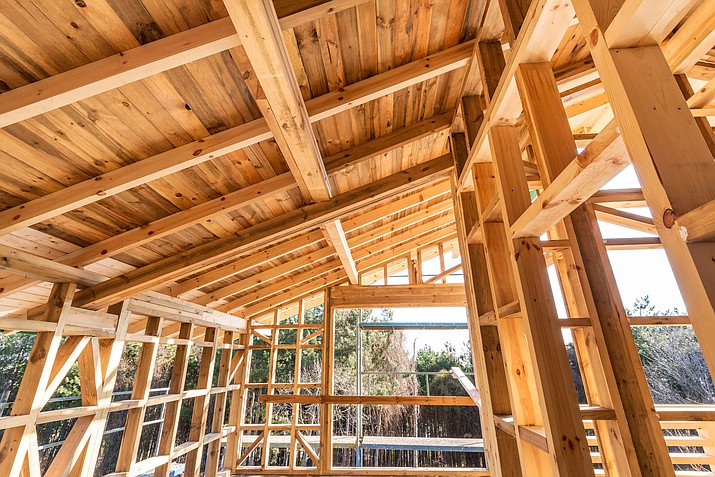 xcessive utility costs have brought a halt to an affordable home subdivision that was planned for Williams by a northern Arizona developer. (Adobe stock)

WILLIAMS, Ariz. — Excessive utility costs have brought a halt to an affordable home subdivision that was planned for Williams by a northern Arizona developer.

Steve Iverson, who is the owner of Mountain Creek Homes, was set to build 34 homes at Phantom Ranch Subdivision on Airport Road for the Williams community until the cost to bring sewer and water lines pushed the price tag outside of what was feasible for the project.

The project had gone through many phases of planning and had even led the city to create a new zoning category to allow more homes on the five-acre property.

The location of the property on Airport Road is past a bridge that requires a special sewer lift station, Iverson said.

“So, between extending a water and sewer line down to the property and building the lift station — all of that was about one and half times what I paid for the property,” he said.

Iverson said he hoped to help with the housing crisis in Williams by bringing a low cost development to the community, but the extra cost for the utilities would make the cost of the project skyrocket.

“How do I hand those young people that bill?” he said. “That doesn’t work.”

Iverson began working with the city last year to develop the parcel north of Williams.

In early July, the Williams Planning and Zoning Commission and the Williams City Council passed the new zoning to help facilitate the project.

“It has gotten expensive,” Iverson said about living in Williams. “It’s tough for the local people who want to live here.”

Iverson said he still owns the property and is unsure of what he will do with it. He has spoken to other property owners in the area about the possibility of sharing the cost to extend the utilities, but as of now nothing is concrete.

Iverson said he is now turning his focus to a new project on property he recently purchased near Elephant Rocks Golf Course. He said the project will be a 40-home single family development.

“They will be smaller houses, with the smallest house at 1,300 square feet,” he said. “The asking price (for the property) was pretty high, so I don’t think I can deem them affordable. But they will be at a lesser price point than what is currently being built in Williams.”

Although Iverson’s custom home business typically focuses on higher-end homes in areas such as Talking Rock Ranch in Prescott and Pine Canyon in Flagstaff, he said he has an interest in developing more affordable homes for the community of Williams.

“I live here, its my backyard,” Iverson said. “My son said ‘Dad lets do something for the community,’ and I said, ‘Sounds great.’”