Calls at an all time high for Williams Volunteer Fire Department 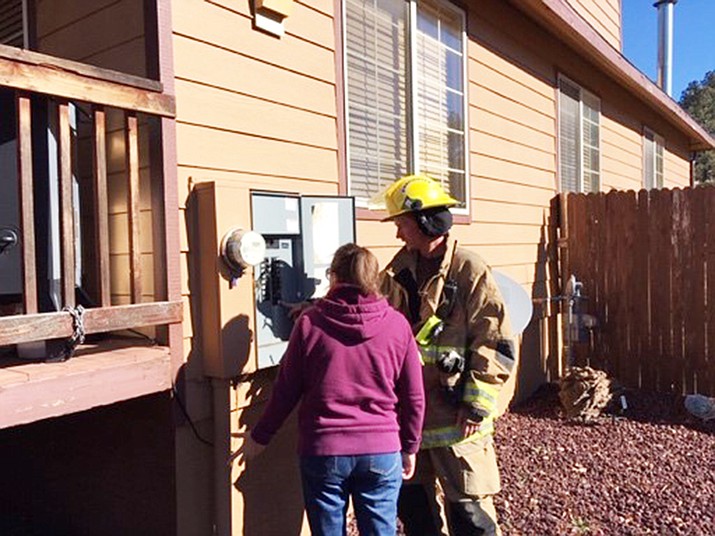 For 2018 the department responded to 190 incidents. (kPhoto/Williams Volunteer Fire Department)

WILLIAMS, Ariz. — A review of 2018 incidents identifies that Williams Volunteer Fire Department has reached an all-time high in its responses. In 2018, the department responded to a total of 190 incidents.

Firefighters Ryan Thibault (not pictured), Kevin Perkins and Shilo Thompson receive letters of commendation for their efforts during an extrication in October. (Photo/Williams Volunteer Fire Department)

Dec. 2 — WFD responded to Pronghorn Ranch Road for a single vehicle rollover, upon arrival a single patient self-extricated prior to the department’s arrival.

Dec. 6 — WFD responded to a medical assist for a female patient with abdominal pain. The patient was assessed, vital signs taken and Lifeline ambulance transported the patient.

Dec. 9 — WFD responded to a report of a stove fire, upon arrival firefighters found an oven placed in clean mode which had begun to smoke. The door was locked to oven mode. Firefighters shut off breaker and the oven was turned off.

Dec. 11 — WFD responded to I – 40, mile marker 159 eastbound to a report of a brush fire. Firefighters found small warming fire adjacent to I - 40 with a single male transient. The fire was extinguished and overhauled.

Dec. 12 — WFD responded to State Route 64 to a report for a medical assist, upon arrival Lifeline Ambulance and no further action was taken.

Dec. 15 — WFD responded to I – 40, mile marker 167 west bound to a report of a car fire, upon arrival firefighters found a vehicle with no fire or smoke. Occupants stated they heard a loud pop followed by smoke coming from engine area. DPS advised they extinguished fire with extinguisher. Grass in surrounding area was burned, no injuries were reported. The vehicle was secured and burnt grass in the area was sprayed with foam.

Dec. 19 — WFD responded to a house fire. Upon arrival firefighters found the home with fire on the exterior of the house spreading to the attic. Neighbors were trying to contain the fire with a garden hose. The fire was suppressed and aggressive interior work to ensure no fire in the attic was completed. Cause for the fire may have been associated with spreading fire place ashes near the wall of the house.

Dec. 21 — WFD responded to a report of a wildfire, but were canceled en-route.

Dec. 23 — WFD responded to a report of a brush fire, upon arrival they found small warming fire which was extinguished and overhauled.

Dec. 27 — WFD responded to I – 40, mile marker 157 west bound for a report of multiple vehicles off the roadway because of weather conditions. Initially three vehicles then motorcycle down nearby. East bound traffic was at a standstill for three miles. Two semi’s trying to climb hill side by side both lost momentum and then lost traction blocking all traffic.

Dec. 29 — WFD responded to a fire alarm activation at a hotel, upon investigation staff advised that an employee knocked a pull station off accidently, no fire. 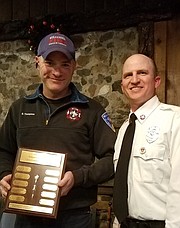 On Dec. 8 the department held its annual Christmas party and award ceremony. Former fire chief, Chase Pearson received a plaque thanking him for his time chief. Williams firefighter Shilo Thompson was the recipient of the 2018 WFD Firefighter of the Year award. The award is based on a members’ participation, productivity and professionalism during the year.

WFD assistant chief John Moede announced he will no longer be volunteering with the department.

“As the leadership of the WFD changes it is a good time for me to sail into the sunset. I have very much enjoyed my time with WFD. This community is forever indebted to all of you for your service and sacrifice. Lastly, be safe, train often and hard, take advantage of every incident to learn something, help each other and always remember you are the good guys. Good luck and I will see you around town,” he wrote in a farewell address.