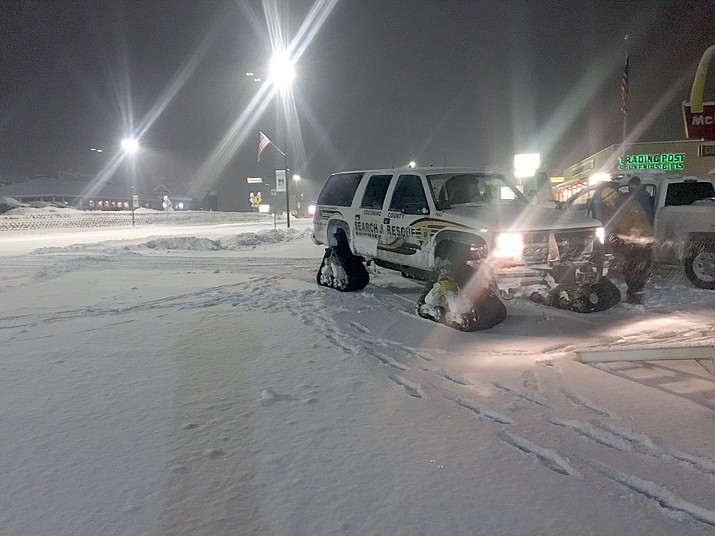 After rescuing lost hikers near Snow Bowl in Flagstaff, the search and rescue team responded to the Skinner Ridge area east of Tusayan. Two visitors from Minnesota had become lost after following their GPS device down unmaintained Forest Service roads. According to CCSO, the couple said they were on their way to Cameron when they ventured onto Forest Road 302 and 301A. Their vehicle slid off the road and became stuck. Search and rescue responded with two tracked vehicles and transported the family back to Tusayan.

Search and rescue officials remind visitors that GPS and smartphone mapping tools often do not take into account weather and road conditions when providing route options that may include unmaintained roads, especially in the winter.

GPS devices can be extremely unreliable in northern Arizona’s high country. In 2016, a Pennsylvania family was rescued in the midst of a Christmas Eve snowstorm after trying to find an alternate route to the North Rim via Forest Service roads. While the GPS system indicated the roads provided a viable route to the Grand Canyon, they were impassable because of heavy snow. Karen Klein was rescued nearly 24 hours after leaving her husband and son to find help, hiking more than 25 miles in white-out conditions.