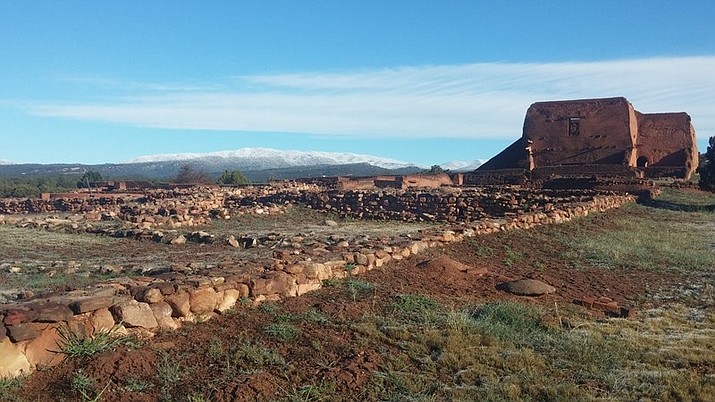 Park officials said the park’s dispatch center was received information about a man who had been shot at the West Mountain Overlook. Rangers and Hot Springs Police officers responded and located a male with a single gunshot wound. Rangers provided initial patient care and secured the crime scene.

The victim was transported to an area hospital where he is currently listed in stable condition. Park officials do not believe there are any ongoing safety concerns for the public at this time.

A Polish immigrant named Martin Kozlowski originally constructed the Trading Post along the Santa Fe Trail in 1858. It served as one of the last stage stops before trail-weary travelers arrived in Santa Fe after months on the dusty trail. During the Civil War Battle of Glorieta Pass, this building served as a Union hospital. In 1925, rodeo-promoter and entrepreneur Tex Austin purchased the building and turned it into ranch headquarters for his famous Forked Lightning Ranch. In the 1940s, E.E. “Buddy” Fogelson bought the ranch and then brought his Hollywood actress wife, Oscar-winning Greer Garson, to the Forked Lightning Ranch. Together, they worked the land as a hobby ranch and entertained many Hollywood guests. In 1990, the National Park Service acquired the ranch and Trading Post.