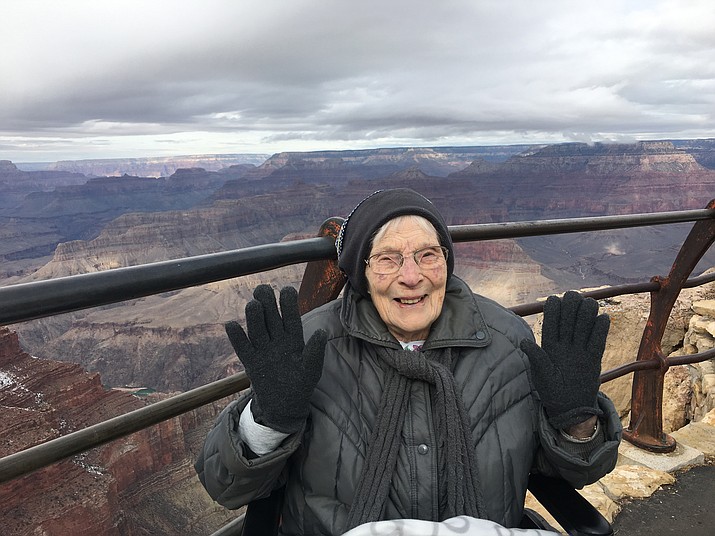 GRAND CANYON, Ariz. — To many visitors, it seems as if Grand Canyon National Park has always existed in the American southwest, but when Rose Torphy was born, its place in the budding National Park Service had yet to be realized. 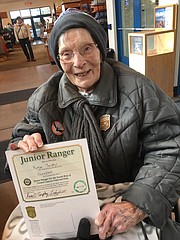 Torphy was sworn in as the park’s oldest junior ranger by Grand Canyon Conservancy staff. (Photo courtesy of Cheri Stoneburner)

Torphy made her second visit to Grand Canyon in January with her daughter, Cheri Stoneburner, to visit a granddaughter who works in the park. The two stopped in at the park’s bookstore, and Torphy told Good Morning, America she began chatting with employees about the Junior Ranger program.

After learning some facts about the canyon and completing a junior ranger activity book, Torphy was sworn in by store staff as the park’s oldest junior ranger. She is 103.

“I’m happy to protect it for my great-children to visit one day,” she said.

During Torphy’s visit in January, most National Park Service staff were furloughed because of the five-week government shutdown. Grand Canyon Conservancy (GCC), the park’s official non-profit partner, provides funding for the program. Alyssa Ojeda, marketing and public relations manager for GCC, said store employees, who were not affected by the shutdown, were trained to administer the program in the park rangers’ absence.