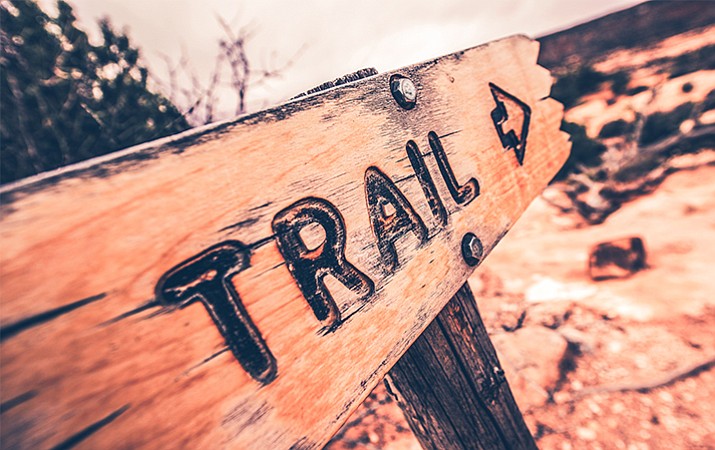 The Town of Tusayan is seeking input on a public trail system Master Plan.

TUSAYAN, Ariz. — After listening to key input from local residents and stakeholders, the Tusayan trail master plan is on-schedule and moving forward, with Phase two scheduled to begin later this year.

Sirena Dufault, the TrailsInspire trail consultant spearheading the initiative, presented the latest status report at the Town Council meeting Feb. 13. Dufault said the next big steps are on the horizon this year, and most of them involve preparing for and completing the National Environmental Policy Act (NEPA) process with the Forest Service.

“Phase two is all about NEPA,” Dufault said. “We’ll be putting in our formal application soon.”

After the application is received, the Forest Service will conduct a series of six studies to determine the project’s environmental impacts on the area. A cultural study will ensure no archaeological artifacts are disturbed or destroyed, while biological, soil, watershed and wildlife studies will ensure no critical plant or animal species will be harmed. A viewshed study will determine the project’s impact on night skies and views around the scenic area.

Dufault said the studies will take most of the year to prepare, and will then be performed in late summer when a particular native plant blooms.

“We’re trying to make sure everything is in line so that when the season comes, we can get to work and get this completed,” she said.

Once the NEPA process concludes and the plan is approved, Dufault said TrailsInspire will survey the results and reroute the system if necessary to accommodate sensitive areas.

As currently planned, the trail system includes a series of trails for both recreation and commuting, as well as a fully-accessible interpretation trail planned near the Greenway Trailhead. The trails will consist of a short loop (4.5 miles) and big loop (7.2 miles) near the Ten X campground and housing development, as well as connector and commuter trails to and from residential areas. The Grand Canyon History Trail will tell the story of the human history of the area for first-time visitors.

Dufault said she is also looking to convene a committee of community stakeholders to help determine signage for the project, including the information for the interpretive trail. She said the signage will be a collaborative effort between the community, the national park and area tribes. Those interested in meeting two times in 2019 to discuss the signage can email tusayantrails@gmail.com

Dufault said she is also working with private land owners to mitigate their liability in places where the trails may cross their properties.

“Trails are really popular right now,” she said. “This is something other towns are looking at, and it could eventually be used as a blueprint for other communities.”