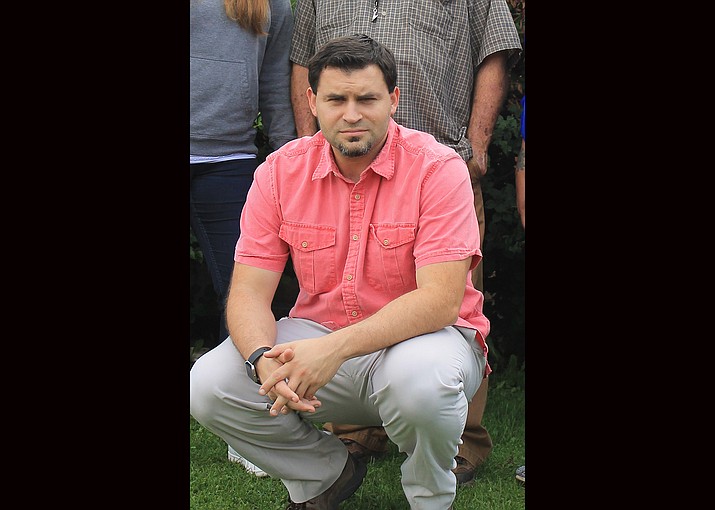 WILLIAMS, Ariz. — Although no police charges have been filed, a teacher at Williams High School has been fired after a student reported being sexually harassed in a classroom.

According to Williams Unified School District Governing Board President Herman Nixon, science teacher Michael Logue was dismissed from his position and has 10 days to appeal the decision.

On Jan. 31, the WUSD Governing Board held a special meeting and entered executive session to discuss the dismissal of a professional staff member. A motion was made to accept the administrative recommendation that cause existed to terminate Logue. The members voted 5-0 to approve the dismissal.

According to Nixon, the board cannot discuss personnel matters while there’s an appeals process in place. He said as board president, he cannot comment on why Logue was dismissed.

Nixon is also the chief of Williams Police Department and acknowledged that an incident with Logue had been reported to the department.

A public records request for the report revealed that on Jan. 29, an unidentified female juvenile came to the Williams Police Department to complain about an incident she had with Logue in a classroom at Williams High School.

The student was describing a dream she had the night before to her friend when Logue approached her and gave his interpretation of what the dream meant.

The student said Logue sat down in front of her and told her the dream had sexual overtones.

The student said Logue used vulgar language and she was so disturbed by what he said she left the room and went to the school office.

Upon arriving at the office, the student discovered that Logue had followed her. She said a school employee escorted her to a secure office while Superintendent Rick Honsinger sent Logue home, the police report said.

The Williams Police Officer who took the report asked the student if she would like to press charges against Logue if it was determined a crime had been committed, and she said she would.

According to the report, the officer researched the Arizona Revised Statute and verified no crime had been committed.

Nixon said there were many reasons a teacher could be immediately dismissed besides being convicted of a crime. He said being accused or convicted of a felony crime or any crimes could definitely be cause for dismissal, but he said the school board also considers how teachers treat students, faculty and other staff.

“In today’s world you have to be careful about what you say and what you discuss,” Nixon said. “Unfortunately people aren’t always that careful. Every kid we have, every teacher, everyone should have a safe environment to come learn and enjoy their time at school here. That’s what we expect.”

Logue was in his second year of teaching at Williams High School. He taught biology and environmental studies. He had previously worked at Winslow High School.

Nixon could not verify if Logue had other complaints at Williams High School.

“An everyday complaint on a teacher, we usually don’t hear about them,” Nixon said. “The board has the superintendent who deals with most personnel issues. The way it is set up, the board has the final say yes or no, hire or fire, and things of that nature.”

Nixon said the governing board would be involved if there were any disciplinary actions, however.

“I can tell you there was no disciplinary action on this individual that I’m aware of,” he said.

As of now, Logue has been removed from the classroom and the school is without one of its science teachers.

“It’s very hard to find a teacher now,” Nixon said. “We might be able to get one this time, if we luck out, but it’s a tough situation.”

Nixon said his concern was the students wouldn’t be getting the classroom instruction they need.