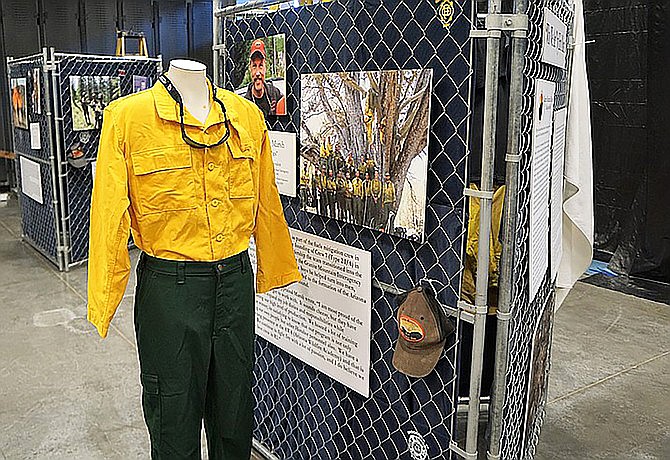 Around 14,900 people have come to the Granite Mountain Interagency Hotshot Crew Learning and Tribute Center since it opened in June 2018 inside the Prescott Gateway Mall. City officials say visitors have come from 46 states and nine countries.

FLAGSTAFF (AP) — NAU missed its target enrollment by at least 800 tuition-paying students this year, resulting in $10 million in lost tuition and fees that have already been allocated.

School officials say student tuition and fees, which comprise 40 percent of NAU’s revenue, suffered this year because of a drop in both enrollment and retention, reported the Arizona Daily Sun. Departments across the university must return $11 million in funds before June to avoid ending the fiscal year with a deficit.

LAS VEGAS (AP) — A man who provided ammunition to the gunman in the 2017 Las Vegas mass shooting is asking a federal judge to dismiss a charge of illegally manufacturing armor-piercing ammunition.

The Las Vegas Review-Journal reports that a defense motion filed Jan. 31 on behalf of Douglas Haig of Chandler, Arizona, contends that the charge alleging he engaged in manufacturing ammunition without a license is unconstitutionally vague. Stephen Paddock fired more than 1,000 rounds from a Mandalay Bay hotel suite into a crowd at the Route 91 Harvest country music festival, killing 58 people and injuring hundreds more.

FLAGSTAFF (AP) — The retrial in the case of a former NAU student charged in a fatal shooting at the school has been delayed for a fifth time.

No new date has been set for the retrial of Steven Jones, which was last scheduled for March. The judge in the case Feb. 1 set a status hearing for Feb. 27 in Coconino County Superior Court. Jones is charged with murder and aggravated assault in the October 2015 shooting on the university’s Flagstaff campus.