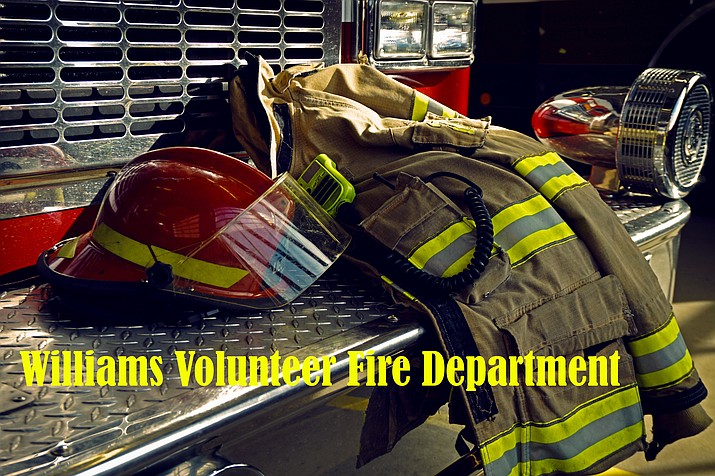 WFD members Anna Curry and John Moede announced their retirement/resignation from the department.

Work continues on the WFD Strategic Plan. It is the departments hope to submit the plan to council for review. The WFD has never submitted a strategic plan to the city before. This could help provide direction and guidance to the department and city.

In January, Williams Fire Department welcomed Justin Sandoval back to the department. Sandoval was appointed to lieutenant to assist with training and EMS. Welcome back, Justin.

On Jan. 24, WFD was tentatively approved for six portable radios from the AZ Department of Homeland Security to be placed in fire apparatus.

On Jan. 11 on I-40 at milepost 163, WFD were dispatched to a motor vehicle accident in the median for a possible rollover. DPS confirmed milepost was 183. No incident at milepost 163.

On Jan. 17 on I-40 at milepost 165, eastbound, WFD was dispatched for an unknown injury accident. Crews found where incident occurred and found skid marks striking a guardrail. Vehicle had left the scene. No further action was taken.

On Jan. 21 on I-40 at milepost 165, eastbound, WFD was dispatched for a motor vehicle accident involving a passenger car and semi. Rescue 1 arrived on scene and found passenger vehicle near the median and a semi-truck on the shoulder. All occupants denied medical attention and DPS cleared fire personnel from the scene. No further action taken.

On Jan. 24 at South Ninth Street, WFD personnel were dispatched for a person with difficulty breathing. Rescue 1 crew assisted with patient care and placing patient on gurney.

On Jan. 24 at South Lewis Street, WFD received call from WPD for non-emergency welfare check regarding a power strip that caught fire in bedroom. Fire was put out by resident using dry chem extinguisher and water. Resident requested fire personnel confirm extinguishment for their own safety. All signs of fire were out and power had been shut off on the affected side of the house. Extinguishment confirmed.

On Jan. 27 at Wells Fargo Drive, WFD responded to a report of the smell of natural gas in a yard. Used multi-gas detector to investigate. Gas could not be detected, it is believed the meter was venting when homeowner was outside.

On Jan. 27 on West Route 66, WFD responded to a report of a fire alarm. Arrived on scene and were advised that work was being conducted on second story and dust set off detector.

On Jan. 30 at West Route 66, WFD was dispatched to assist law enforcement with a wash down of a sidewalk. 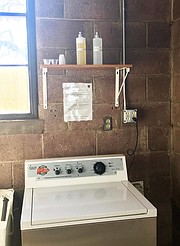 Instructions are posted above a recently purchased extractor at Fire Station 1. The extractor is used to wash firefighter turnouts. (Photo/Williams Volunteer Fire Department)

Robert Kruse and Justin Sandoval were made training officers with assistance from Robert Ortiz and Don Mackay. These members are working on regular and probationary training schedules for members.

For the month of January, WFD conducted training on the new emergency reporting system to get members up to speed with report writing for incidents, logging hours, completing weekly truck checks and trainings. Crews also went over flow rates for nozzles and various pressures at each flow rate. Future expectations were discussed for members and training officers received a good understanding of members needs to better themselves for the future.

Instructions for washing turnouts were posted above the extractor at Fire Station 1. New bottles for the turnout soap were made available.

Probationary Firefighter Ryan Thibault is attending CCC for Firefighter I and II certification.

Kopicky handed out one CO and smoke alarm and installed two CO and smoke detectors to Williams community members.