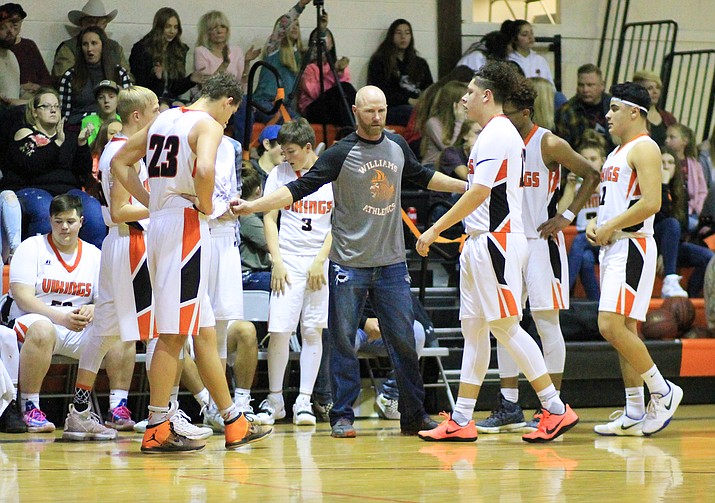 The Vikings head to a timeout during an earlier season game.

William McMenamin and David Lozano led the team with scoring, pulling down 21 points and 19 points respectively. Lozano went 8 for 9 in field goals, shooting 89 percent. He made 3 for 7 in free throws.

McMenamin went 7 for 15 in field goals, shooting 47 percent, and made 7 for 9 in free throws, shooting 78 percent.

He also led the team with 13 total rebounds, followed by Caleb Betz with eight and Lozano and Caesar Santana with seven.

For the Lady Vikings, Madi Olson was player of the game as she led the team with eight rebounds and eight assists. She also had two steals.

Sydnee Mortensen led in scoring for the Vikings, pulling in 22 points. She was followed by Amaryssa Orozco with 13 and Maegan Ford with 11. Orozco made 4 for 5 shots, shooting 80 percent. She also went 5 for 5 in free throws. Mortensen made 5 for 10 in 3-point shots.

Aaliyah Alvarado had seven rebounds for the team and one block.

The Vikings now head to the regional tournaments.