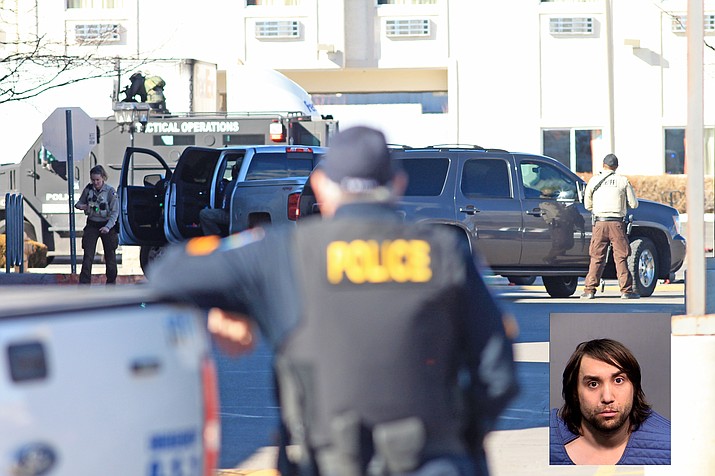 WILLIAMS, Ariz. - January is typically a quiet month in Williams as the busy winter tourist season has wound down and many businesses are closed for remodeling and upkeep.

But last Wednesday was anything but quiet when residents were surprised to hear of a police standoff with a suicidal subject in downtown Williams. 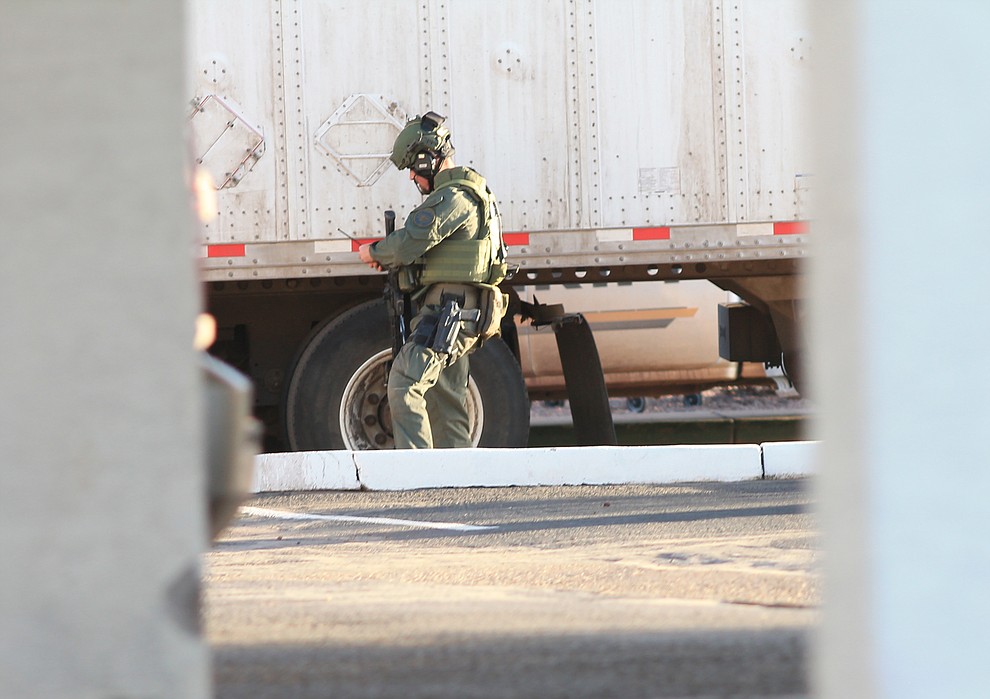 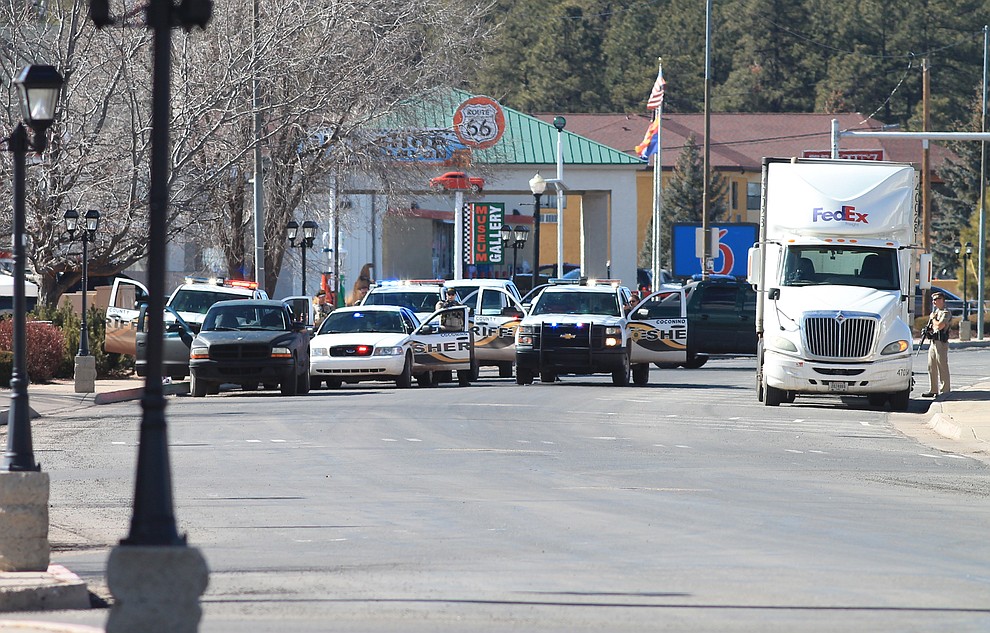 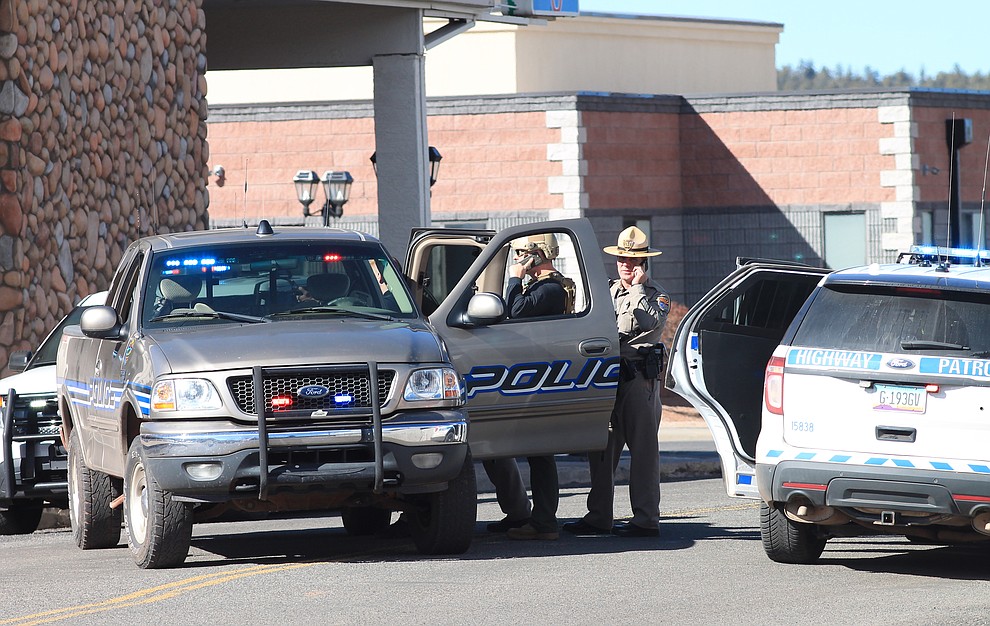 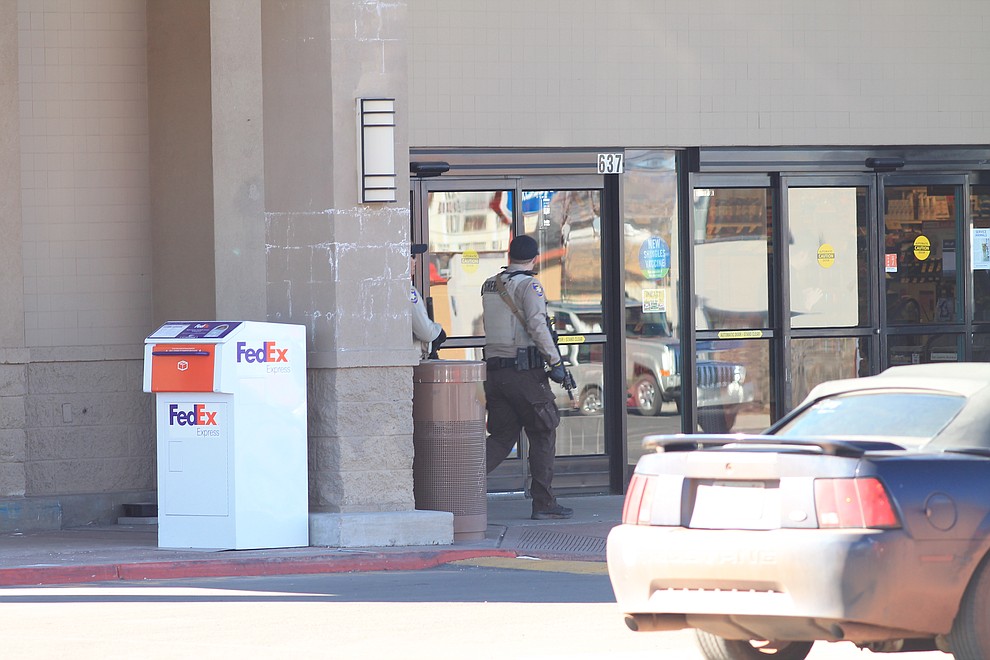 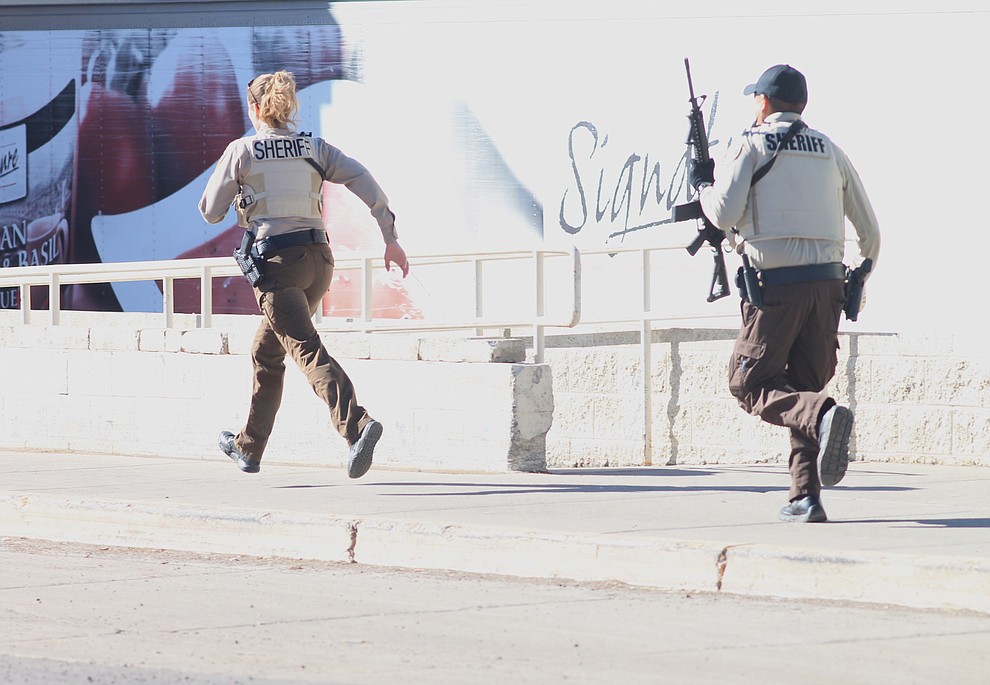 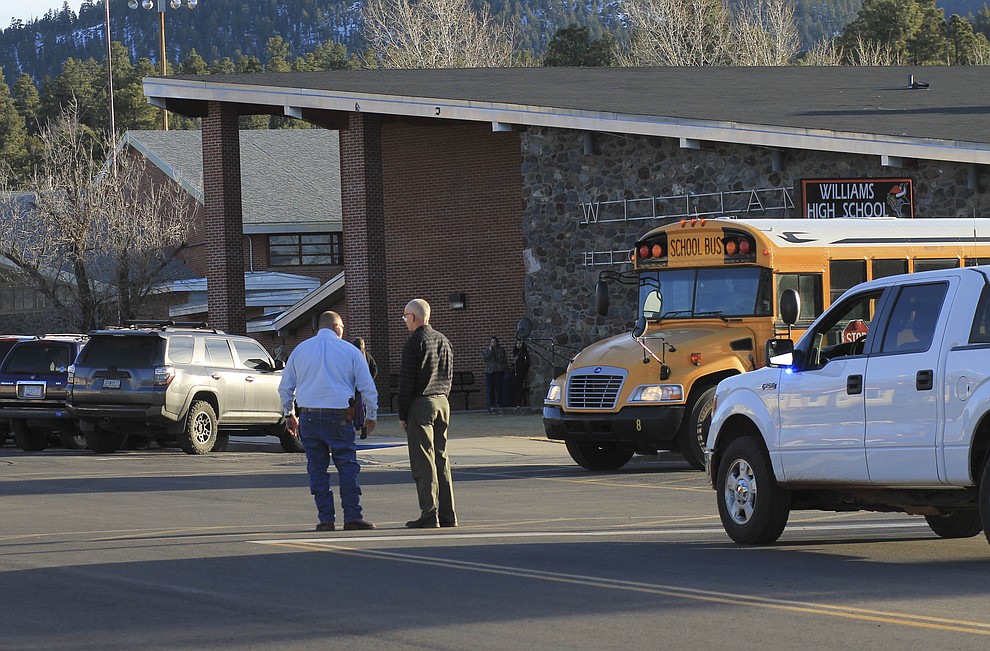 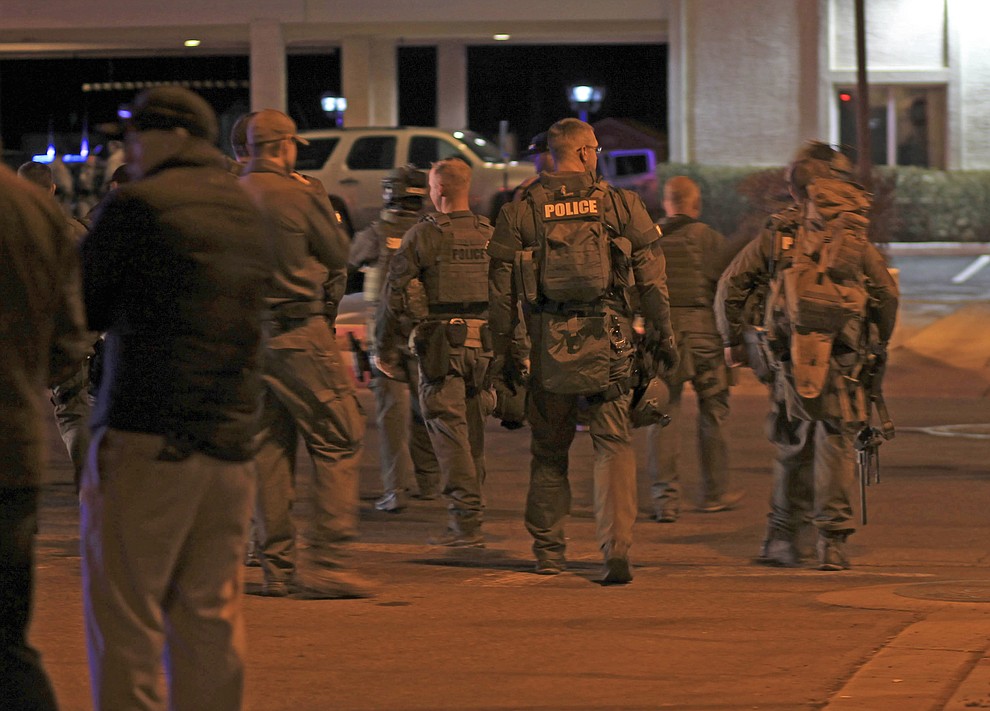 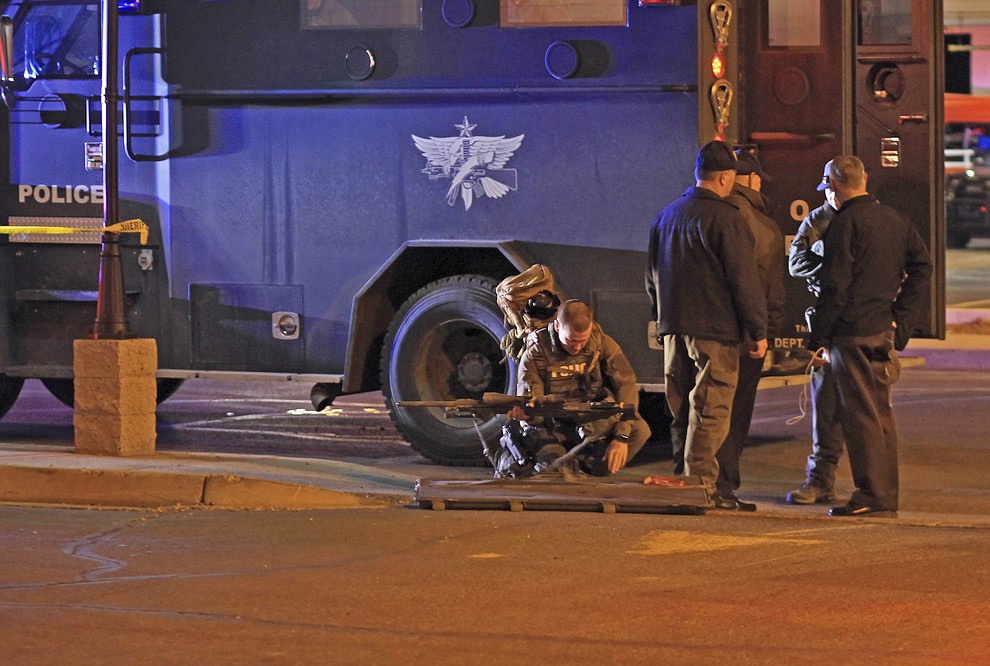 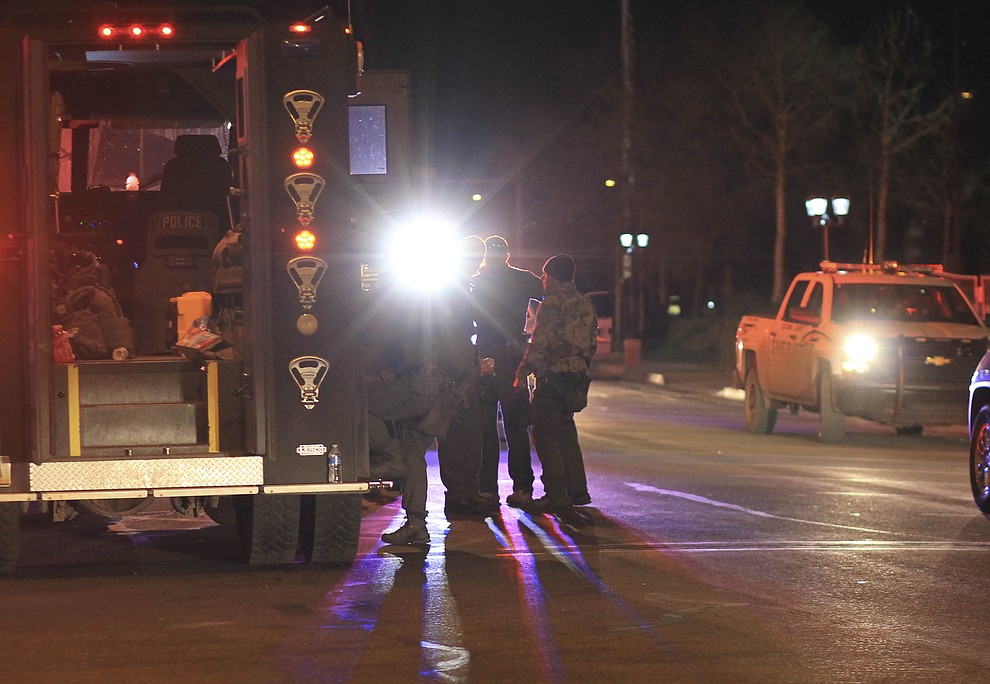 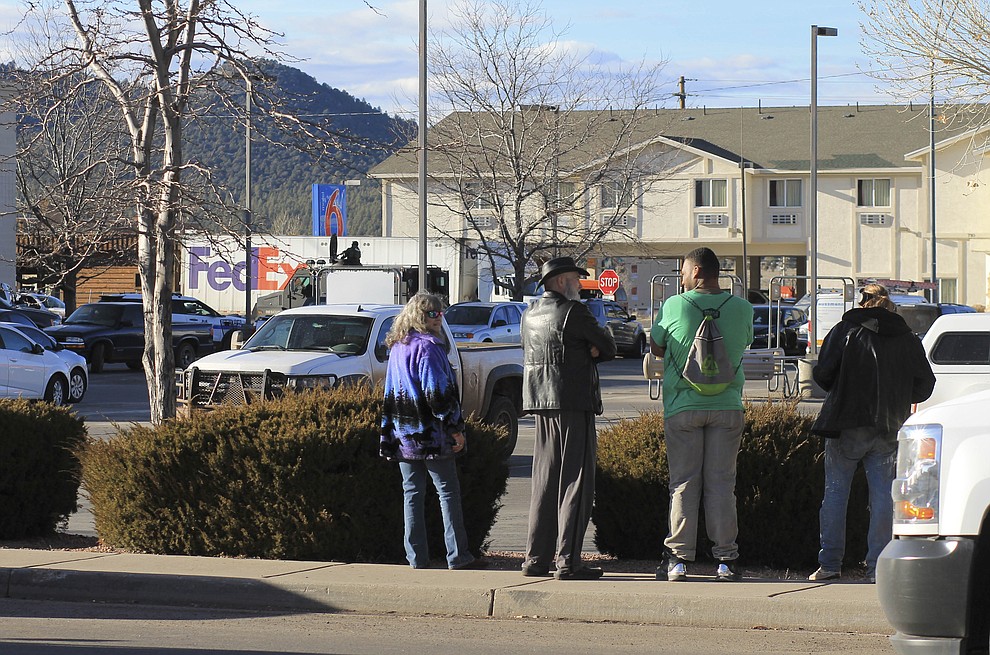 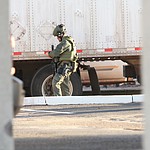 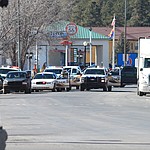 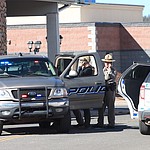 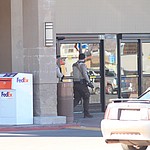 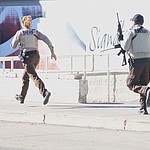 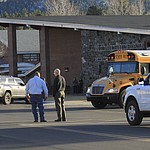 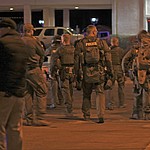 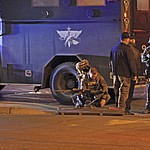 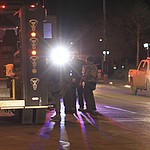 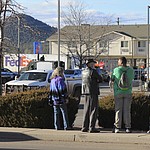 Around 12:18 p.m. on Jan. 30, officers initiated a traffic stop on Route 66 for a subject possibly involved with a reported assault and kidnapping. Williams Police Department located the subject, identified as 29-year-old Matthew Solan, as a passenger in a vehicle on the west end of Route 66 in Williams.

During the traffic stop, initiated by Coconino County Sheriff’s Office deputies and WPD officers, the driver and a passenger exited the vehicle, but Solan refused to leave. Solan barricaded himself in the vehicle and threatened suicide with a handgun.

“He was pointing the gun at his head,” said Williams Police Chief Herman Nixon.

Officers set up a perimeter around the area and placed stop sticks and barricades around the vehicle to prevent Solan from driving away. Nearby businesses, including Safeway, were locked down. Williams High School and Williams Elementary-Middle School, which are within a few blocks of the incident, were placed in a modified lockdown. Heritage Elementary School was also locked down.

With Solan continuing to refuse to put down his weapon and exit the vehicle, Flagstaff Police Department’s Joint Northern Arizona Tactical Team and a negotiator responded to assist.

“Once it went to a barricade situation with a (suicidal) suspect with a weapon, we backed off and let SWAT come in and do their job,” Nixon said.

At 6:30 p.m., after nearly six hours of negotiating, Solan shot himself in the upper leg, exited the vehicle and surrendered to law enforcement. He was treated by medics on the scene and transported by Life Line Ambulance to Flagstaff Medical Center with non-life threatening injuries.

Solan was booked in the Coconino County Detention Facility on offenses including kidnapping, aggravated assault, weapons violations, resisting arrest and a probation violation.

Suicidal subject barricades himself in vehicle for 6 hours in Williams, Az by Williams-Grand Canyon News

According to CCSO Lieutenant Brian Tozer, Solan was wanted for questioning in an incident that occurred a few days earlier.

“We received a telephone report from the victim yesterday morning,” Tozer said.

The reporting party stated he was in a residence with Solan in the Junipine Estates area on Jan. 29 when Solan used a gun to hold him against his will.

“He said Mr. Solan was upset, wishing to get some type of help from the victim, and at some point pulled out a firearm,” Tozer said.

“Due to Mr. Solan’s state of mind, he (the reporting party) was worried for his safety and the safety of others,” Tozer said.

Tozer said officers were told Solan had a .380 handgun and had recently purchased 100 rounds of ammunition prior to the Jan. 30 standoff.

Based on an Attempt to Locate bulletin, WPD officers spotted Solan exiting Footeworks and entering a black Dodge Dakota.

“The female driver was ordered out of the vehicle and she complied,” Tozer said. “A male occupant in the rear exited on his own and surrendered, and that’s when Mr. Solan entered the driver’s seat and refused to exit.”

During the standoff, Solan threatened suicide but did not threaten officers with the gun.

“During our contact, when we were speaking with him, he made statements to the fact that he did have a firearm,” Tozer said.

Tozer said Solan said he would not comply and made suicidal statements.

“When the tactical team got there — he did brandish a firearm and threatened to harm himself,” he said.

Dozens of bystanders stayed at the scene and several said they heard shots fired and saw Solan quickly exit the vehicle around 6:30 p.m.

Tozer said Solan has a criminal history with law enforcement in Williams and other locations.

Students were released from nearby schools to buses and parents around 5 p.m.

CCSO thanked the public for their cooperation during the incident.

“It was vital to have the public’s cooperation and understanding of the life safety measures that were taken to keep the area clear while responders negotiated with the barricaded person,” the department said in a statement.