Northern Arizona astronomy: Where do meteorites come from? 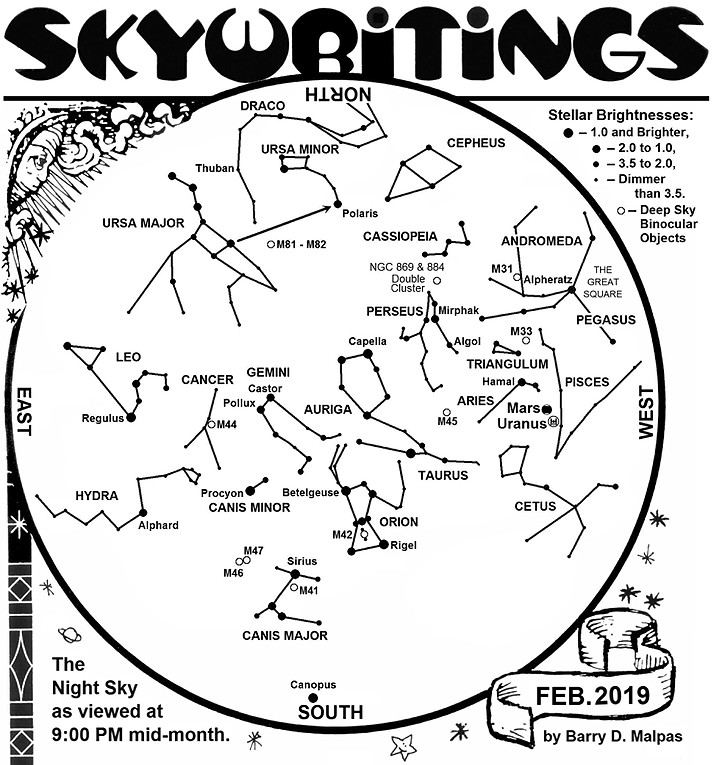 Of the more than 61,000 meteorites discovered on Earth to date, most appear to be fragments of asteroids from the belt between Mars and Jupiter, such as Vesta, as well as more than several hundred having originated from the moon and Mars.

In the past, Earth has been bombarded by large meteorites, some having caused world-wide impact to the ecosystem. However, to find Earth meteorites, we must look to other planets. After all, Earth material found on Earth would be difficult to determine.

Among the 43 kilograms of material collected from the lunar Apollo 14 mission in 1971, one 9-kilogram meteorite appears to have been found containing a special mineral. This meteorite, named Big Bertha (cataloged 14321), has recently been examined and found to contain some centimeter sized pieces of the mineral zirconium silicate, which suggests that it formed under conditions typical in Earth’s crust and not on the moon. Scientists have been studying the Apollo moon rocks for decades to learn more about the moon’s mineralogy, geochemistry, impact history and magnetic environment. The geochemistry and crystallization environment of the two pieces of zircon would be unusual to the moon, yet are common to Earth. They would be some of the oldest Earth minerals discovered to date and would give a new look into Earth’s violent early years.

Studies have shown that the two lunar Zircons are about 4.0 to 4.1 billion years old and formed during a tumultuous time in the solar system’s history known as the Late Heavy Bombardment. Sometime after the rock formed, an asteroid impact blasted it from Earth where eventually it found its way to the moon (which at the time was about three times closer to Earth than it is today).The fragment was later engulfed in a lunar breccia (a rock formed from angular gravel and cemented together in a matrix.) Although geologists have found meteorites on Earth that came from the moon, Mars and asteroids, this is the first time a rock from the moon has ever been identified as a meteorite of terrestrial origin.

Trace elements in the rock’s minerals, which are a mix of quartz, potassium feldspar, pyroxene, and zirconium silicate crystals, provided clues to its origin. By measuring uranium and its decay products in the Zircons, the scientists were able to date the formation of the rock, while Titanium levels helped reveal the temperature and pressure at the time. The crystallization pressure corresponds to about 12 miles deep in Earth’s crust, a region that easily might have been excavated by a large impact. The scientists measured the concentration of oxidized cerium ions in the zircons which showed that they crystallized in an oxygen-rich and possibly water rich environment that would be unusual for the moon but common in Earth’s crust, and also indicated that they formed at a temperature that is much lower than other lunar magmas and more in-line with shallow-crust minerals on Earth.

Preservation of the meteorite structures on the moon is not surprising because the lunar surface lacks the weather and geologic processes that erode ancient rocks on Earth. In fact, in the future, the moon might be a better place to find ancient Earth rocks than Earth itself.

If the rock is truly terrestrial, it holds clues about what Earth might have looked like in ancient times. For instance, it confirms Earth was being struck by asteroids large enough to blast rocks off Earth and reaching escape velocity, as well as showing the make-up of Earth’s continents at the time. And, if the rock formed so far beneath the Earth’s surface, Earth would have been experiencing asteroid impacts capable of creating craters that were hundreds of miles wide. This discovery helps paint a clearer picture of what early Earth looked like, and the bombardment that modified our planet during the dawn of life.

On the moon’s surface, the Earth meteorite would have mixed with lunar Minerals. This new analysis has revealed that it may have been impacted, and even partially melted 3.9 billion years ago, burying it under the surface, creating a new rock. Then, about 26 million years ago, an asteroid hit the moon, creating the Cone Crater, 0.2 miles in diameter, and helped bring it back to the moon’s surface, revealing itself as a time capsule from the early days of the solar system to be picked up by the Apollo 14 astronauts.